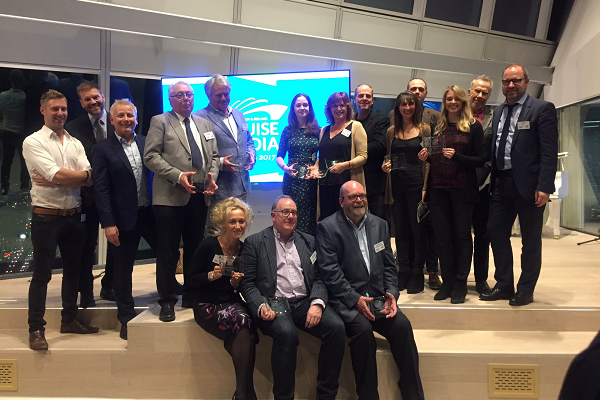 Hollie-Rae Brader picked up the award for the best trade feature and Phil Davies won the best Caribbean cruise feature category beating off competition from the likes of the Sunday Times and Lonely Planet.

Hollie won for a feature on luxury suites on cruise ships while Phil was the first trade journalist to experience the social impact shore excursions created by Carnival Corporation’s Fathom brand.

The awards were presented in London by blogger Johnny Ward, who runs OneStep4Ward.com and is one of the few people to have ever visited every country in the world.

A total of 14 winners from a record number of entries were announced by Clia UK & Ireland director and membership senior vice president, Andy Harmer, who said: “The extraordinary number of high quality entries across a broad spectrum of print and online outlets reflects the continued growing interest in cruise.

“The media remains integral to our mission to promote the diversity of cruise holidays and in particular raising its profile to attract those that have perhaps not considered a cruise holiday before.”