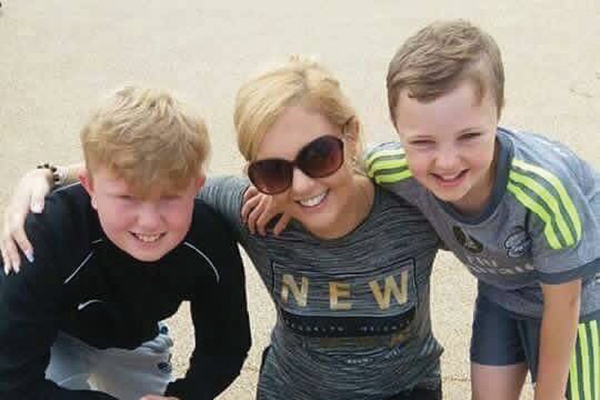 A fresh plea has been made on behalf of a terminally ill Thomas Cook manager as she faces tough choices on whether to continue with treatment that could prolong her life.

Aundrea Bannatyne, cluster manager for Cook’s Bangor and Newtownards stores, was diagnosed with inoperable pancreatic cancer last July, and given six to 12 months to live.

The 43-year-old is having chemotherapy treatment in Belfast and immunotherapy treatment at the private Hallwang clinic in Germany, where doctors believe they can keep the cancer at bay so she can see sons Jack, 15, and James, 11, grow up. She travels to Stuttgart for the treatment, which costs £30,000-£40,000 a time.

Aundrea said: “We don’t yet know if the treatment has helped, but I get a boost because they are really positive and it rubs off on me.”

The chemotherapy costs £2,800 per cycle because the drug used, Abraxane, is not available on the NHS in Northern Ireland. It is one of the few new treatments for advanced pancreatic cancer in the past 20 years and helps extend patients’ lives.

But Belfast City Hospital doctors are urging Aundrea to “think long and hard” about whether to continue with treatment in two places. She said: “They believe it’s a conflict of interest.”

To date, £130,000 has been raised but there is now just £30,000 left in the bank. “Industry support has been phenomenal but it does dry up. Without fundraising the treatment in Germany is not an option,” said Aundrea, whose son James was also diagnosed with cancer at the age of two.

Best friend Martin Maclaren, Beachcomber Tours regional sales manager, Scotland and Northern Ireland, who set up fundraising committee ‘Aundrea’s Army’, called for more trade support. He added: “It would be great to get an airline involved to help with flights.”

To donate, go to gofundme.com/2gtranmq