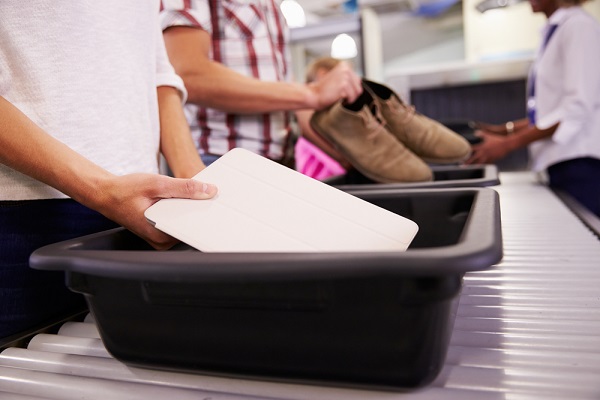 The refusal of other European countries to follow the UK’s flight ban on laptops and other large electronics prompted claims that the terrorism clampdown is being undermined by serious loopholes.

Germany, Spain and Switzerland confirmed that they would not introduce restrictions barring passengers from carrying large electronic gadgets into the cabin on flights from six countries in the Middle East and North Africa.

France said that it was examining the British ban but had made no decision.

Outside Europe, Australia and New Zealand also ruled out a ban, while Canada said that it had launched a review of the development.

The ban, which airlines must enforce by Saturday, is believed to have been imposed amid fears that Islamic State terrorists were preparing laptop bombs to smuggle on board flights.

Michael Clarke, former director general of the Royal United Services Institute, the defence and security think tank, told The Times that there was “potentially a huge loophole as it only applies to flights from those countries to the UK”.

He added: “What is stopping terrorists from flying here from there via a European country?”

James Glancy, a former Royal Marines officer and chief executive of security consultancy Anotherday, said: “A ban that isn’t international means that a lower level of risk remains from other points of departure.

“In addition, the risk will also depend on the level of checked baggage scans from particular airports. In some locations this has a lot to be desired.”

Under the new security rules, passengers will be prevented from carrying any technology larger than a typical smartphone on to flights to the UK from Turkey, Lebanon, Jordan, Egypt, Tunisia and Saudi Arabia.

The ban covers gadgets including DVD players, laptops, tablet computers, e-readers including Kindles, and handheld games consoles such as the PlayStation Vita and Nintendo DS.

EasyJet was the first to impose the restrictions last night on a flight from Hurghada, Egypt, to Gatwick.

The UK ban was announced hours after the US imposed similar measures, although covering different countries.

Passengers faced confusion yesterday as airlines reportedly issued conflicting travel guidance, including requests that they leave all large gadgets at home, going beyond the government-imposed restrictions.

The government confirmed that it was writing to insurance companies to urge them to extend travel premiums to cover gadgets placed in the hold after fears that passengers were likely to be left out of pocket if technology was lost or damaged.