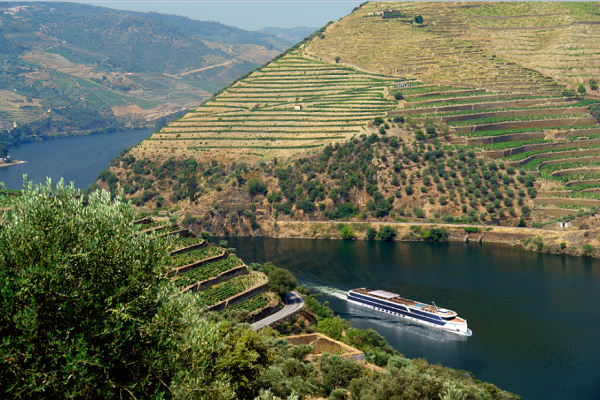 They will be guests of honour at a naming ceremony for the  DouroAzul vessels on Saturday.

The addition of Douro Elegence and Douro Serenity will see the fleet increase to nine vessels.

UK operator Riviera Travel charters the ships throughout the April to October summer season, with departures from April 7.

He said: “We’re so excited to welcome these new cruise ships to our luxury fleet.

“Although they are similar in size to our other ships, we have consciously worked with a more ‘edgy’ design, including a steel-grey colour scheme to reflect the look of some of the world’s most impressive super-yachts.

“Sara and Joss, two huge names both in Portugal and globally, will remain godmothers of the ships after their launch, and we look forward to welcoming them back on board whenever they’re in the region.

“They will be joined at the ceremony by two of our previous guests that suggested the names we gave to our ships.

“As DouroAzul enters its 25th year of operation, I’m looking forward to celebrating with friends of the company, old and new, as we look forward to the next 25.”