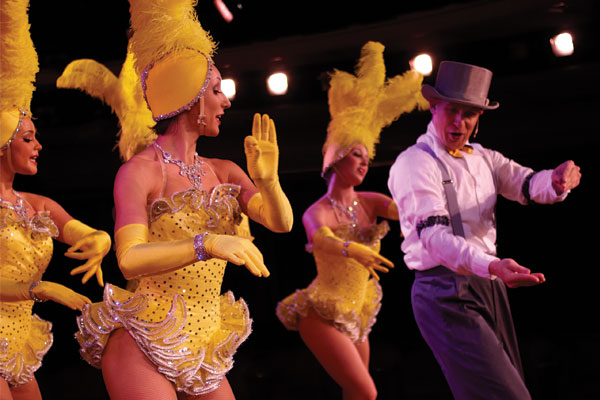 Jane Archer finds out how themed cruises can help boost your sales.

My idea of music has always been Bowie rather than Beethoven and Led Zeppelin over Liszt. So what, you may wonder, am I doing listening to a classical violin recital in the Zichy Palace in Bratislava?

The answer is simple. It’s never too late to learn, and rather than just reading a book, a music-themed cruise on the Danube with Tauck seemed a much more appealing way to gen up on Mozart, Bartok, Strauss and all the other composers who lived and worked along this stretch of river.

The whole world of classical music promises to come alive on visits to the cities they performed in and the places they lived, and seeing the instruments they played. The itinerary included private concerts, a chance to see an orchestra rehearsal and even a night at the opera in Vienna. 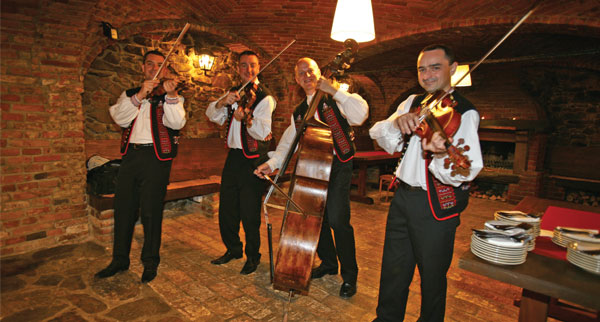 I was a bit worried that other passengers would be classical music buffs and make me look very ignorant (some were, but others were rank amateurs like me), but my biggest fear was the opera. I went to one in Russia 25 years ago, had no idea what was happening and was very bored.

Tauck made it easy. On the afternoon of the performance, soprano Brittany Palmer, one of two ‘maestros’ accompanying the cruise (the other was composer Raphael Fusco), gave a talk about opera and the story behind Tosca, which we were going to see. This made it a brilliant evening out.

Themed holidays are all the rage on both river and ocean cruises, and while few are as in-depth as Tauck’s, they do provide an extra incentive for people to get on board, especially those who have never cruised. They also give returning passengers a way to indulge their passion or learn something new while enjoying a holiday afloat.

As well as classical music-themed sailings, Tauck has a 10-day Taste of France cruise on the Rhône. It starts with two nights in Paris, where there is a lesson in how to make macarons at the École Lenôtre, and includes food and wine tasting and cookery demonstrations during the cruise. From £4,055 per person including flights. 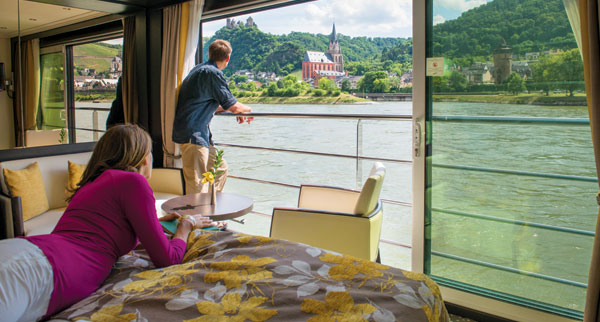 Art on the Seine

Avalon Waterways has a wide choice of special-interest cruises, covering everything from art and the impressionists on the Seine to music on the Rhine and Danube, and wine appreciation on the Rhône and Danube with onboard tastings and a special food and wine-pairing dinner.

There is also a Second World War-themed cruise on the Seine in July (and two in 2018) that are accompanied by a war expert. It includes an excursion to the Normandy Landing beaches and a walking tour of Rouen that focuses on the role of the Resistance and what life was like under the German occupation.

Jazz lovers can indulge their passion on a Rhône cruise in June when Avalon Affinity is in Vienna for a day and night during the town’s annual jazz festival. There are live shows in the Roman amphitheatre (tickets not included) and bands jamming in the bars and restaurants. 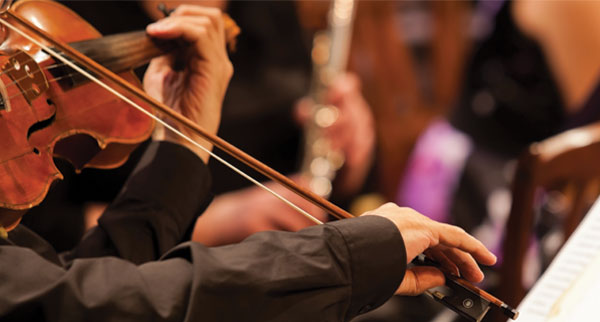 New this year, AmaWaterways has golf-themed cruises on the Danube that enable keen golfers to play five of Europe’s top championship courses. The £1,845 per person price covers one round of golf at each of five courses, transfers and balls. Clubs can be hired for £110 per person. Cruises start from £2,631 per person for 10 nights (one-week cruise, three nights in Prague) departing October 30.

AmaWaterways has 45 wine-themed cruises across all its European rivers this year. These are accompanied by experts from US wineries, who host talks and tastings on board, and include tours to vineyards and private cellars.
For instance, eight-day wine-themed Romantic Danube cruises visit a vineyard near Durnstein and a winery in the Wachau Valley, and include a Chaîne des Rôtisseurs wine-pairing dinner. Eight-night cruises on the Rhône include a red wine and chocolate pairing in Tournon and wine tasting in Tain l’Hermitage. 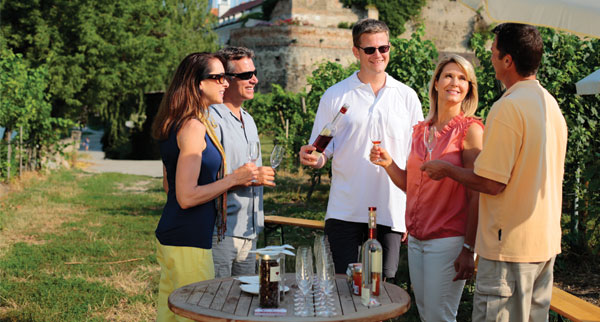 Clients can have a digital detox on a journey of self-discovery and meditation with a seven-night cruise on Belmond’s Road to Mandalay on the Ayeyarwady, departing October 7, or keep fit on CroisiEurope’s new CroisiBike cruises. On selected sailings on the Danube, Loire, Gironde, Rhône and Rhine, these include bike rides around cities, vineyards and national parks. The bike tours are included in the cost of the cruises (from £1,586 per person cruise-only for an eight-day round-trip voyage from Bordeaux departing August 1); tours for non-cyclists are available at extra cost. 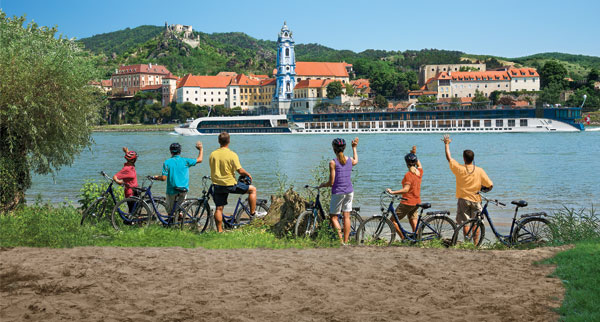 CroisiEurope also has hiking on a Bordeaux cruise, beer tasting in Brussels and art-themed cruises on the Seine that combine onboard presentations about the impressionists with tours to art galleries and towns that inspired their works.

In the US, the American Queen Steamboat Company, sold in the UK by Light Blue Travel, has special-interest cruises on the Mississippi covering everything from swing bands and music from the 1950s and 1960s to the American Civil War. It also has wine cruises with tastings and food pairing on the Columbia and Snake Rivers in the Pacific Northwest. From £2,909 per person for eight nights, round-trip from Portland departing November 12 or 19 and including flights. 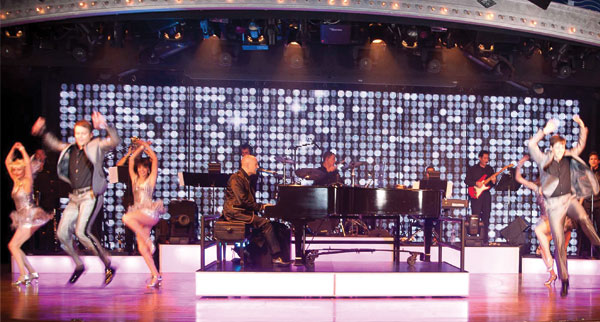 The choice of themes on ocean-going cruises is equally broad, with something to suit all clients, from stargazing and salsa to staying healthy.

P&O Cruises has Strictly Come Dancing-themed voyages for fans of the TV programme, where professionals and judges from the show come on board to show off their costumes, quickstep and take part in meet-and-greet sessions. From £1,099 per person for a 14-night Strictly cruise on Britannia round-trip from Southampton departing June 25.

Crystal Cruises serves up everything from food-themed cruises in the Canary Islands, Amazon and Panama Canal to Mind, Body and Spirit voyages in the Caribbean. A 14-day New England and Canada cruise from Québec to Fort Lauderdale departing October 13, delves into the history of jazz and cabaret by way of lectures and live performances. From £3,875 per person cruise-only.

Saga has a themed tall ships cruise in the Baltic in July, while Celebrity Cruises has new wine cruises this autumn accompanied by Joe Fattorini and Amelia Singer, who present TV’s The Wine Show. 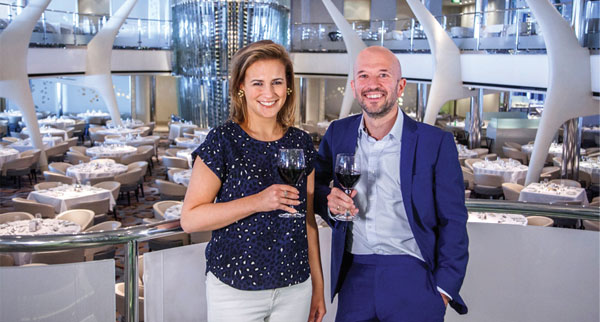 SeaDream Yacht Club’s wine-themed cruises include visits to wineries and vineyards, as well as wine tastings and wine-pairing dinners hosted by some of Europe’s leading winemakers. This year’s cruises, with guests from Niepoort, Chateau Gassier and Taittinger, have been snapped up but there are seven more in the Mediterranean in 2018.

For something very different, astronomers Dr John Mason and Ian Ridpath are joining six of Hurtigruten’s Northern Lights cruises from Bergen to Kirkenes and back this winter. They will give lectures and guided tours of the sky at night from the deck of the ship, while shore excursions include a trip to Tromsø’s planetarium. From £1,443 per person for 11 days departing January 12, 2018.

New in 2018, adventure cruise specialist One Ocean Expeditions is offering Art in the Arctic voyages in July and August, with guest artists on board to help passengers paint the landscapes and wildlife they see. A new one-week golf-themed cruise from Louisbourg in Canada departing June 24 will take players ashore by Zodiac each morning to tee off on different courses along that country’s east coast.