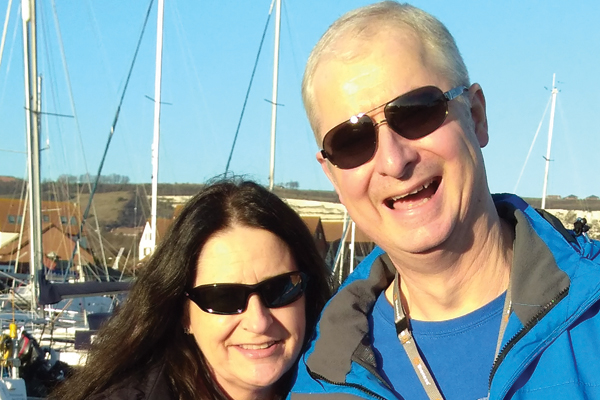 Abta’s charitable trust provided Steve Rackett with vital support in his fight back from a stroke. Juliet Dennis reports

All Lin Rackett wants is her husband Steve to give her a hug.

It might not sound like much, but for Steve, who suffered a major stroke in September 2014, it remains an unlikely dream.

It has, however, just got one step closer thanks to an Abta LifeLine appeal that raised £11,000 for equipment to help Steve walk again and regain use of his arm.

Steve has already beaten all the odds in his miraculous recovery, aided by his determined wife Lin, a former Thomson tour rep. But the journey has been far from easy. After his stroke, doctors told Lin he would not survive.

“The doctor just said ‘he is going to die’. They unhooked him and put him in a room with no drip. We had been married for 15 months,” recalls Lin.

“They told me there would be no recovery in his speech. He couldn’t recognise anything,” she says. “He went into rehab but developed pains in his arm and leg. He suffered heart failure and couldn’t even sit up to eat.” 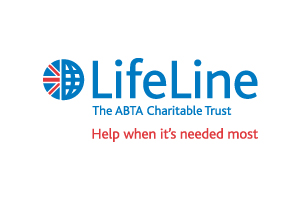 “They kept asking me to sign to not have him resuscitated. Every night when I went home I didn’t know whether I was going to get that call,” says Lin.

Overnight she became his carer, with no income to rely on. Within a month she was forced to move out of the couple’s rented house to a small flat.

With Steve failing to respond to rehab, he was sent to a nursing home, where doctors expected him to spend the rest of his life.

Lin did not give in, lobbying her local MP to get Steve an electric wheelchair and speech therapy, and later persuading his consultant to let him have a second chance at physiotherapy.

Despite being told he would never walk again, Steve defied doctors in February 2015 by standing, using a support.

Since then Steve has been through a range of treatments and has begun to move his arm and leg. His speech has also recovered dramatically in the past six months.

Steve and Lin now live together in sheltered accommodation. Thanks to Abta LifeLine, Steve can walk and move his arm with the help of functional electrical stimulation, which uses low-energy electrical pulses to artificially generate body movements.

The charity’s fundraising has paid for wireless kits, which could not be provided on the NHS, and for a sofabed so his 11-year-old daughter can visit.

Lin says: “This has given him so much confidence. He can hold his arm out, but he can’t rotate it or push with it. A couple of weeks ago he went out on his own for a walk.

“Abta LifeLine has been amazing; I don’t have the words to tell you how much this has done for us.”

But she is still waiting for one very special moment. “Our goal all this time is to have a two-armed hug. We have not had one yet, but we will.”

Zach, six, has a benign brain tumour, hydrocephalus and neurological disorders.
In 2014, the charity raised enough to pay for sensory equipment to help Zach communicate.

But since then, his problems have worsened. He has a mental age of a one to two-year-old and no spatial awareness. Abta LifeLine hopes to raise funds to help with his care and provide the family with a much-needed summer break.

To support Zach, Abta LifeLine would like those in the industry to host events on Big Charity Day, from a cake bake to dress-down day.
justgiving.com/abta