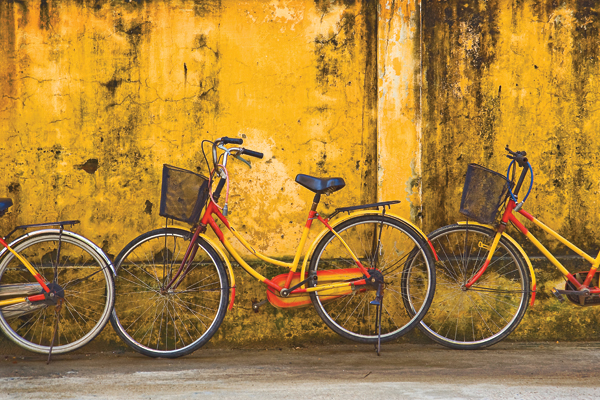 More people are saddling up for cycling holidays than ever before, reports Tamara Hinson

More than two million people in the UK cycle more than once a week, according to UK cycling sports governing body British Cycling, and growing numbers are ditching cars for bikes when it comes to the daily commute.

That’s especially true in London, where 32% of the vehicles on the road in zone one during rush hour are now bicycles. So it’s hardly surprising the pedal-pushing masses are increasingly keen to explore the wider world as well.

Events such as the Olympics and the Tour de France have inevitably put the sport in the spotlight. “This year, there’s been a 46% increase in the number of people booking our cycling holidays,” reports Steven Rittey at Wheel2Wheel holidays, one of the UK’s top providers of cycling holidays.

So what type of client is booking this holiday? “The biggest growth area seems to be the road bike-riding ‘mamils’ – ‘middle aged men in Lycra’,” says Paul Beesley, co-founder of Algarve Bike Holidays.

Casey Mead, communications manager at G Adventures, adds:“We’re definitely seeing more men on cycling tours. In 2014, 41% of the customers booking cycling holidays with the company were male. This year it’s 45%.”

Destination-wise, old favourites such as France, Portugal and Italy remain popular, perhaps because the growing numbers of travellers booking their first cycling holiday prefer to start with something closer to home.

“In Europe, national parks and regional tourist boards are opening up new and improved cycling routes,” says Adam Jarvis, who is in charge of new product development at cycling and walking specialist Headwater.

“In many areas existing paths are being connected to create longer cycle tracks. One example is the Porto to Praia de Mira Via Furadouro route. Because of scenic cycle tracks like this one, we’ve seen a huge increase in the popularity of Portugal cycling holidays, with almost double the number of visitors year on year,” he says.

France and Croatia are also faring well. “In 2016 we’ve seen a 36% increase in bookings for cycling holidays in France, while Croatia has seen a 61% rise,” says Miles Porter, head of activities at Cycling for Softies.

But it’s those who’ve been cycling for years that are driving the popularity of cycling holidays to lesser-known destinations, and there’s certainly a thirst for more adventurous destinations: it is now possible to sign up for organised bike rides across large parts of Africa, Asia and South America, and in recent years there have been organised cycle tours through North Korea.

That might be a little ‘out there’ for some, but growing numbers of cyclists are heading to Asia.

“We’ve seen a shift away from Europe and North America, and increased interest in cycling trips to Asia,” says Mead at G Adventures. “In 2016 there’s been a 19% increase in the uptake of cycle holidays to this region.” 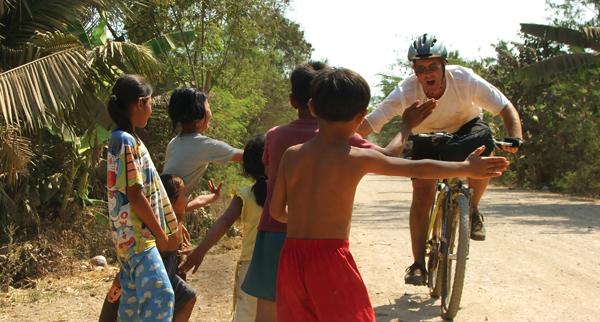 When it comes to the ages of those booking cycling holidays, the situation isn’t as clear-cut.

“We’ve had a slightly older demographic, with the 40 to 55 age group the most popular,” says Frank Cheshire, cycling product manager for Intrepid Travel. “The 40 to 55-year-old age group is becoming more physically active, but additionally, older travellers have often already experienced destinations in the traditional way. And touring on a bike provides more opportunities for genuine local interaction.”

Group tours also offer the ideal way for cyclists to pursue their hobby, even if friends and family aren’t quite as keen: in 2016, two thirds of those who booked cycling holidays with G Adventures were solo travellers.

The next big thing is a trend that will be music to the ears of cyclists keen to explore the world on two wheels, but who might be nervous about hopping into the saddle for the first time.

“A trend that is starting to emerge is the use of electric bikes,” says Cheshire at Intrepid Travel. “This allows people of all fitness levels to enjoy cycling in areas or for distances they may not have previously considered.”

Cycling for Softies is also tapping into that trend, introducing e-bikes across all its holidays next year, in response to customer feedback.

Headwater’s seven-night Gastronomic Wine Villages of Alsace cycling tour will depart every two days from May 13 to September 24, 2017, from £1,359 per person, excluding flights.
headwater.com

Cycling for Softies’ new six-night From Cava to Coastlines in Catalonia cycling tour costs from £1,215 per person, excluding flights. The first departure will take place in April 2017.
cycling-for-softies.co.uk 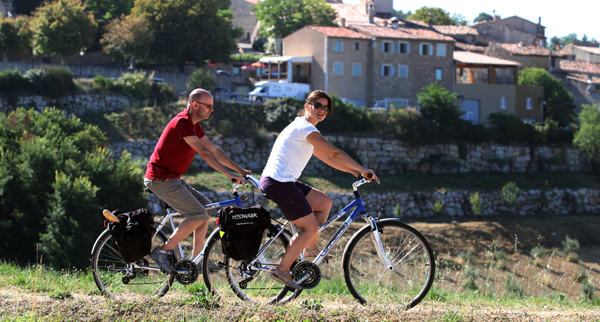