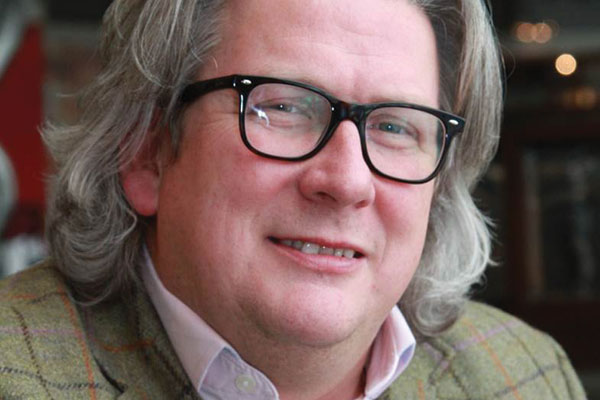 This week I am due to be travelling from Scotland to London. First, my thoughts and prayers are with those that have been affected by the devastating terrorist attack that took place in Westminster. No one can predict when these attacks will happen, but it brings to mind how close to home they are.

It’s sad that we now fear travelling in our own country. But we, as an industry, will, like everyone else, get up and get moving, and prove to these cowards that violence will not stop us continuing our daily lives.

As I move across borders, it brings to mind the question of a second Scottish independence referendum and whether Brexit is the way forward or, as many fear, is not.

But since March 29 it is where we are going – like it or not.

Scotland may be part of the UK at the moment, but will it be in the future? The Scottish parliament last week voted in favour of a second independence referendum, but Theresa May ruled it out while Brexit negotiations are under way adding, “now is not the time”.

There is a lot up for debate and it’s for people more informed than I am to take these important decisions. I just hope they are the right ones and have our best interests at heart. Only time will tell.

I thought getting my hair cut a tad shorter would drag me from looking like an ageing 1970s rock star into a millennium-looking one. No such luck. It’s a bit like me thinking there might not be any more legislation heaped on an already very heavily regulated industry. I was wrong again.

Our old friends in the EU may add to our woes with the Payment Services Directive II, which comes into force next January and is likely to reduce our bottom line.

Telling agents and operators they cannot charge customers for taking credit and debit card payments means they will have to absorb the costs, which will, in turn, drive up prices.

The move was prompted by some in the sector over surcharging, and using this to bolster their profits.

It’s a bit like the banking crisis. But why should we all suffer for other people’s greed?

Nothing upsets me more than when a situation arises that is nothing to do with me but affects me in a way that I have no choice but to accept. It’s just a holler of hot air, as those who make the rules seem uninterested in what I think. They’re interested only in my money.

I hope that all you agents find the niche you need to make enough margin to make it through the season – and don’t bow down to the discounters.

As you have probably noticed, there are failures coming at you from all sectors, so be brave and stand your ground. No, that’s not Theresa May talking. There are just some things that are worth staying firm on and discounting is one of them – trust me.