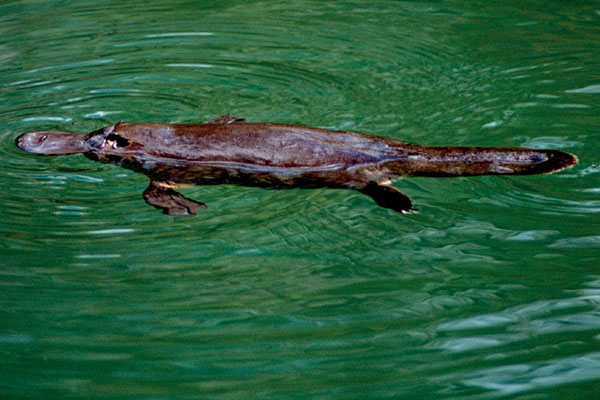 Australia’s endemic animals are a real selling point – provided you know where to find them, writes Katie McGonagle.

Name an animal seen only in Australia. Koala? Kangaroo? Bonus points if you went for something more obscure – the echidna or platypus, perhaps.

Australia is renowned for its endemic species, and spotting these iconic animals is every bit as exciting as the Sydney Opera House or Uluru.

But pitch up in Perth looking for platypus or hunt for crocs in Canberra, and you’re bound to be disappointed. Just as the scenery in this vast continent ranges from red desert and rock-strewn mountains to tropical rainforests and sandy surf beaches, its wildlife varies enormously from one region to the next. 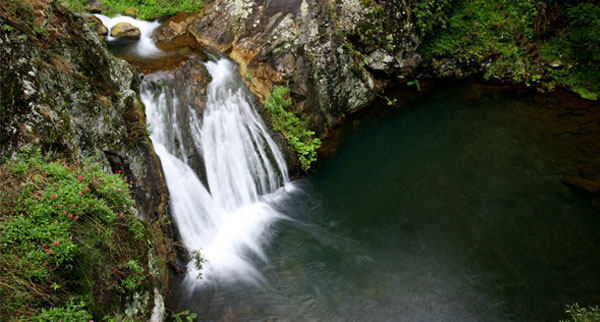 What to see? Duck-billed platypus

Where? As one of only two egg-laying mammals, along with echidna, New South Wales is rightly proud to be home to the peculiar-looking platypus, so much so it’s an official emblem of the state. The shy animals can be found along the east coast, but one of the best viewing spots is Jenolan Karst Conservation Reserve in the Blue Mountains, where eagle-eyed walkers can see platypus, kangaroos and several bird species. Budderoo National Park also combines beautiful waterfalls with a habitat for the furry critters.

What else? Swim with wild bottlenose dolphins in Port Stephens, see koalas at the first koala hospital in Port Macquarie (visit at 3pm daily to join free walk-and-talk tours) or head to Emerald Beach near Coffs Harbour to see wild kangaroos hopping around the headland. Alternatively, take a two-hour flight from Sydney to Lord Howe Island to see endangered woodhens and snorkel the world’s southernmost coral reef. 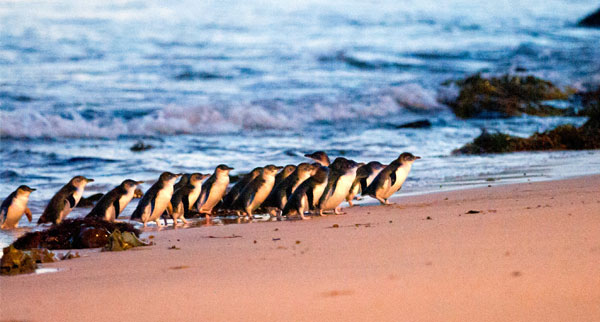 What to see? Little penguins

Where? This smallest species of penguin can be found along Victoria’s coastline, but the best-known spot is Phillip Island, where each sunset sees them waddle across the beach from sea to sand dunes. Tourists can watch from the Penguin Sky Box or underground viewing area bookable through numerous day trips from Melbourne.

What else? There are just 150 Burrunan dolphins – a bottlenose dolphin found only off the Mornington Peninsula – on record, classified as a separate species only in 2011. The peninsula is also the place to see weedy sea-dragons – which look like drifting seaweed until you get close enough to see their fins – while Great Otway National Park along the Great Ocean Road has one of the densest koala populations in the country. 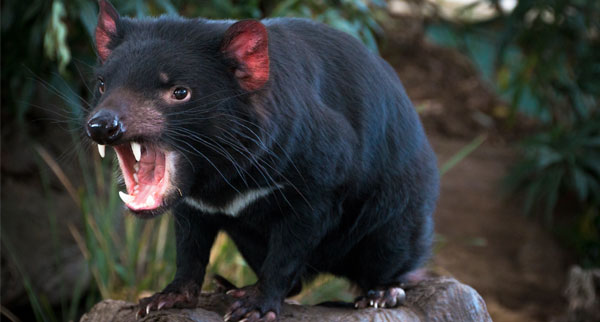 What to see? Tasmanian devil

Where? Forget Looney Tunes, the Tasmanian devil is real and can be found only on this southerly island, having died out on the mainland 3,000 years ago. These nocturnal creatures are tricky to spot in the wild – and with their ferocious nature and pungent smell, you might not fancy stumbling across one in the middle of the night – so the Tasmanian Devil Conservation Park in Taranna or Bonorong Wildlife Sanctuary near Hobart are good spots to see them up-close and learn about conservation efforts.

What else? Southern right whales migrate north along the Tassie coast from June to August then south in September and October, while humpbacks can be seen along the east coast from May to July and September to November. Boost chances of a sighting with a whale-watching cruise or at vantage points such as Frederick Henry Bay or Great Oyster Bay. Look out for bottlenose dolphins in Macquarie Harbour, and pademelons and wombats in the national parks. 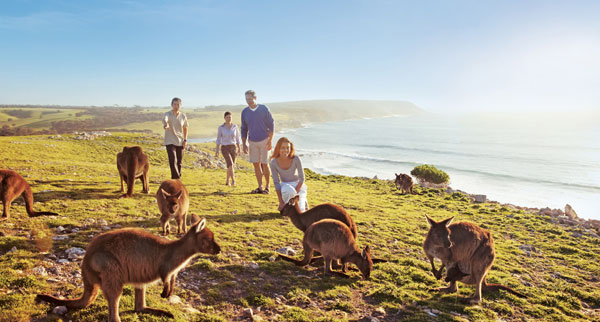 What to see? Kangaroo

Where? This isn’t the only state to boast such an Australian icon, but with the aptly named Kangaroo Island just offshore from Adelaide, it’s a safer bet than most. With its relative remoteness, the island is a haven for indigenous wildlife, with a distinct species of kangaroo, plus tammar wallabies, brushtail possums, Australian sea lions, bottlenose dolphins and migrating whales. Walk the new Kangaroo Island Wilderness Trail, a 40-mile, five-day hike through Flinders Chase National Park, for sightings in the wild.

What else? The southern hairy-nosed wombat – the smallest of three known species – is unique to South Australia. The state also attracts more than 450 birds, such as the Adelaide rosella, slender-billed thornbill and long-billed corella. Attentive snorkellers can also see leafy sea dragons and giant Australian cuttlefish off the Fleurieu Peninsula, while Cleland Wildlife Park houses more than 130 species. 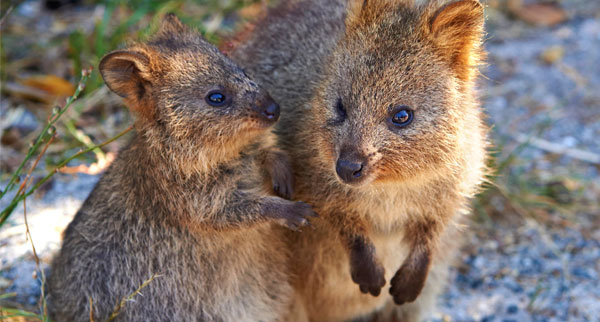 What to see? Quokka

Where? Rottnest Island – or ‘Rotto’, in true Aussie style – has as many as 12,000 quokkas, making up the majority of the cat-sized marsupial’s wild population. The car-free island is easily accessed from Perth, but visit between September and March to coincide with wildflowers, whale-watching and summer weather.

Quokkas can also be found on Bald Island, near Albany, and nearby Two Peoples Bay Nature Reserve, which is home to the critically endangered Gilbert’s potoroo or ‘rat-kangaroo’.

What else? Swim with humpback whales at Coral Bay and Exmouth, or with whale sharks at Ningaloo Reef, where operators are extending their seasons from March to June in Coral Bay and until July in Exmouth. 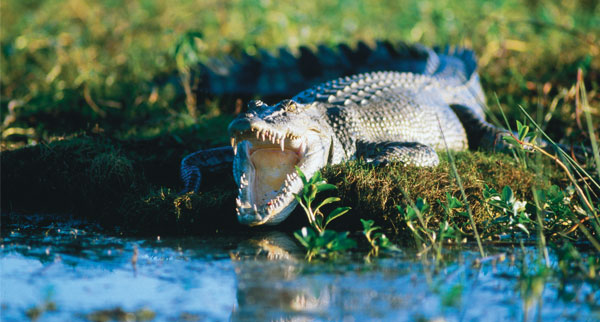 What to see? Saltwater crocodiles

Where? Salties distinguish themselves from their freshwater cousins by growing up to double the size and spending their time in estuaries, rivers and swamps from the Top End to Tropical North Queensland. Avoid the touristy ‘jumping crocodile cruises’ and head for Mary River, where you’ll find an average of 15 crocs per kilometre – three times the rest of the territory – or take the excellent Yellow Water Billabong cruise in Kakadu National Park where these mighty creatures can be spotted sunning themselves on the banks or drifting just below the surface.

What else? Kakadu alone is also home to a third of Australia’s bird species, plus the territory has five species of marine turtle, along with frilled-neck lizards, agile wallabies, red kangaroos and the endemic black walaroo. 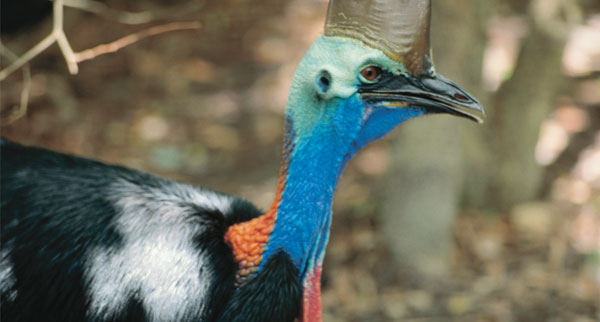 What to see? Southern cassowary

Where? This flightless bird, most closely related to the ostrich and emu, can grow up to two metres tall and, with its bright blue plumage, it’s hard to miss. You’ll have to get to North Queensland’s tropical rainforests first, with the best chance of sightings at Mission Beach or Cape Tribulation. But don’t get on the wrong side of it – it has a fierce reputation and sharp talons.

What else? The platypus is a frequent sight at Broken River in Eungella National Park; dwarf minke whales can be seen along the northern Great Barrier Reef; and it’s possible to swim alongside sea turtles at Lady Elliott Island. Fraser Island is also famed for its dingoes, a protected part of the island’s ecology.

APT has a nine day Tasman Discovery tour from £1,795, including a guided walk in Freycinet National Park, visit to East Coast Natureworld to see Tasmanian devils, and a Macquarie Harbour cruise, plus other Tasmania highlights. The price includes transfers, coach travel, entry fees and 16 meals.
aptouring.co.uk