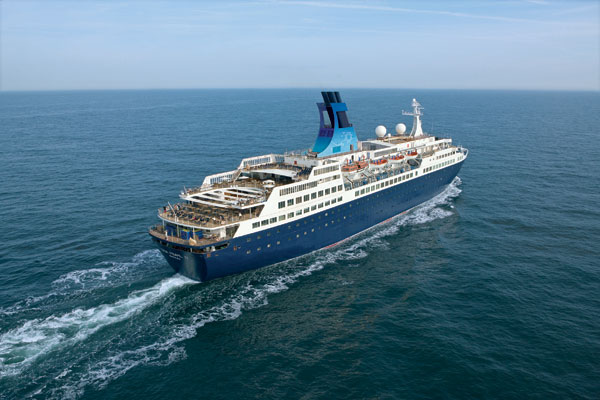 Saga Cruises will replace both its ocean cruise ships with two new purpose-built vessels and consider expansion to fly cruise.

The ships will be replaced by the cruise line’s first purpose built ships including Spirit of Discovery, which is due in 2019, and another currently “being planned”.

Shaw said: “This new ship, Spirit of Discovery will allow us to go to places we wouldn’t normally go to such as Greenland and, of course, we will also go across to the States.

“It will mean the Pearl will retire a couple of months before and eventually will see us replacing our current old ladies with another new built ship too.

“Fly-cruises are not totally off the agenda but maybe when we have four or five ships, and they would likely be in winter season.”

Shaw also said the line’s commitment to the trade remained strong and the strength of its success was now dependent on trade partners.

“Saga cruises will definitely need to see the trade increasing in impact as we get new ships. We want to grow the business by four or five times but we can’t do that without the help of our travel partners.”