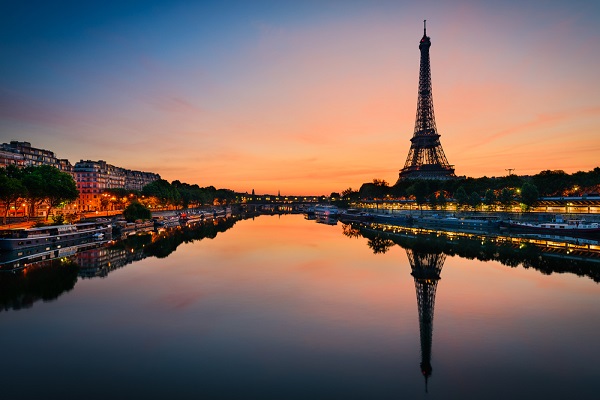 The first signs of a recovery in overseas tourist numbers to Paris were recorded in December in the wake of multiple terrorist attacks the previous year.

Hotel stays in the greater Paris region rose by 19.5 % compared to December 2015, with a 28% increase in foreign guests, official figures show.

Arrival levels returned to the level of December 2014, before the series of attacks that affected France from January 2015, including the assault on the satirical weekly Charlie Hebdo that month and the gun and bomb attacks across the French capital, including the Bataclan theatre, which killed 130 people in November 2015.

Some source countries continued to show a sharp decline in travellers, including Japan, Italy and Russia.

However, numbers rose by almost a third from the US year-on-year in December, with China up by 40%, the Middle East by 17% and other countries in Asia by 24%, according to the Paris Convention and Visitors Bureau.

The rebound continued into the new year with January figures showing a 28.7% increase in the number of hotel guests from overseas – the best level for the month achieved in a decade.

Early indications suggest improved occupancy levels of 66.6% in January and 63,4% in February.

International air arrivals in Paris at the end of February were up by 11.1 % over the same time the previous year.

Pierre Schapira, chairman of the Paris Convention and Visitors Bureau, said: “These indicators show a distinct reversal in the situation in tourism in Paris, which all tourism trade professionals are delighted about.

“This recovery, however, remains to be confirmed over the coming weeks at the start of the spring and summer 2017 high season.

“Exceptional marketing initiatives carried out by the PCVB, in partnership with Atout France and the CRT Ile de France, thanks to resources made available by the State, Paris City Hall and the Ile de France region, are of course going to contribute to that.”