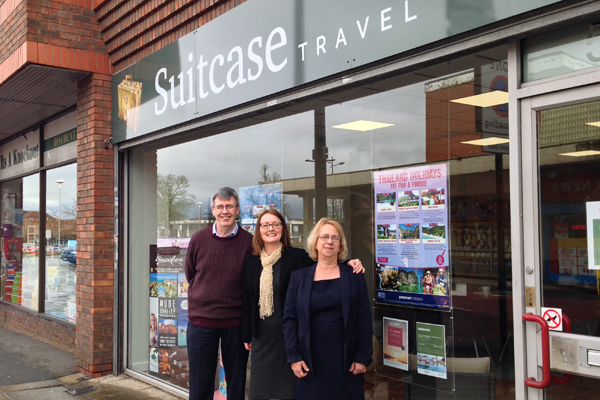 Three Global Travel Group members have opened high street shops in the past month as retailers see a return to customers booking face-to-face.

Mike Silford, owner of Suitcase Travel in Dunstable, Bedfordshire, opened his shop last month and said the response from local people had been overwhelming.

“More people wanted a face-to-face experience than just being on the end of a phone,” he said.

“Many people say they are glad there is an independent agent back in the area, and our business has sped up to overwhelming levels as so many people just walk in.”

Opulent Travel in Shrewsbury also opened its shop in March.

Owner Leighann Morgan said customers were moving away from online bookings, adding: “It is changing back to how it used to be.

“Our customers don’t want to book through a screen.

“The internet is great but people want a personalised service.

“They are looking to come back to the shops they visited years ago, but so many have now gone.”

Drury said: “The response we have had has been incredible. People are realising independent agents have disappeared, but we’re coming back.”

She said the business was “here to stay” and hopes to open more shops in the future.

Global Travel Group managing director Andy Stark said six of the consortium’s agents had opened shops in the past three months despite the challenges small businesses face. He said: “We’re here to support and advise our members every step of the way.”

The Global Travel Group is giving members the chance to white‑label travel and lifestyle magazine Beyond to customers.

The consortium said agents could gain greater visibility by offering Beyond to clients with their own name, logo and website.

Members can also tailor pages with personalised calls to action.

Global has also launched an online branch directory and member forum, Horizon, which allows agents to speak to other members through a private messaging system.