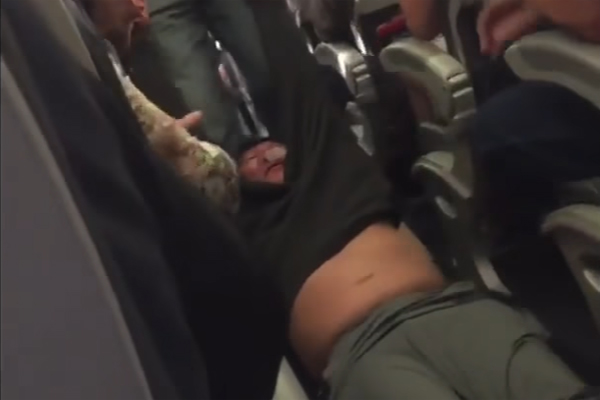 The embattled boss of United Airlines insisted he will not stand down this week as it emerged that the man dragged from an overbooked flight plans legal action.

Lawyers for David Dao, 69, who was left bleeding from the mouth after being pulled from his seat and along the aisle by security officers, have filed an emergency request for evidence of the incident to be preserved.

The material includes surveillance video of passengers boarding the flight at Chicago O’Hare international airport, the cockpit voice recording and personnel files for the police involved.

The move is likely to lead to a lawsuit over the incident, which has wiped tens of millions of dollars off the value of the airline.

It also emerged that the US Department of Transportation is reviewing whether United complied with rules on overbooking.

The airline’s chief executive, Oscar Munoz, said he felt “shame and embarrassment” and vowed it would never happen again to a seated passenger on one of United’s aircraft.

An online petition calling for Munoz to resign had gained more than 60,000 signatures by mid-week.

But when asked if he would stand down, Munoz said: “No. I was hired to make United better and we’ve been doing that and that’s what I’ll continue to do.”

Munoz said the passenger in question deserved “certainly an apology”.

He had initially described Dao as “disruptive and belligerent” in the wake of Sunday’s incident, which caused outrage after video footage was shared around the world on social media

“That shame and embarrassment was pretty palpable for me and for a lot of our family,” Munoz told ABC’s Good Morning America TV programme.

He was asked what United would do in future if a seated passenger refused voluntarily to leave an overbooked plane based on the airline’s compensation offer.

“We’re not going to put a law enforcement official to take them off,” he said. “To remove a booked, paid seated passenger, we can’t do that.”

Munoz was asked if Dao, who has been undergoing treatment at a Chicago hospital, was at fault.

He said: “No. He can’t be. He was a paying passenger sitting on our seat in our aircraft and no one should be treated that way. Period.”

Two of the aviation security officers involved in removing Dao from the aircraft have been “placed on leave”, the Chicago Department of Aviation said, adding to one who was suspended on Monday.

The agency added that their actions were “obviously not condoned by the department”.