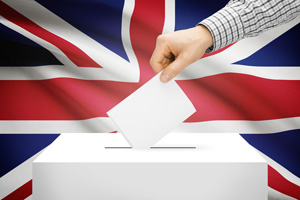 The trade has reported an April bookings slowdown as a result of a late Easter and news of a snap general election.

Easter fell in April this year rather than March and has been blamed for much of the year-on-year sales drop.

But  terrorist attacks in Westminster and Paris are also thought to be factors, while the trade has already warned a general election in June could be a “disaster “ for travel.

Hays Travel managing director John Hays said: “We’ve had Easter this month and the market has slowed down. We are definitely not down on last year’s sales, but we are not up by as much as we were, compared to last year.

“The beginning of the year was absolutely fantastic but a typical family that is only going away once this year can only book once and they may have done it by now.”

Alan Bowen, legal adviser to the Association of Atol Companies, said uncertainty about the election result had also increased since last week and was likely to be affecting consumer spend.

He said: “A lot of people have been away so you would expect bookings to be relatively slow but I think it will be quiet until we get over the election. Brexit is still a big issue and there is no longer absolute certainty Theresa May will get a majority of 100 seats. Historically people don’t spend money when there is an election coming up.”

Travel Designers managing director Nick Harding-McKay said: “We always go quiet the week after Easter and a lot of our clients go away but it should pick up after the May bank holiday.”

Andrew Latham, managing director of icelolly.com, said searches on the holiday deals website had been “a bit soft” in April due to the last Easter, snap election announcement and terrorist attacks in Westminster and Paris.

He said: “Searches are a few percent down but it’s nothing to be majorly concerned about.”