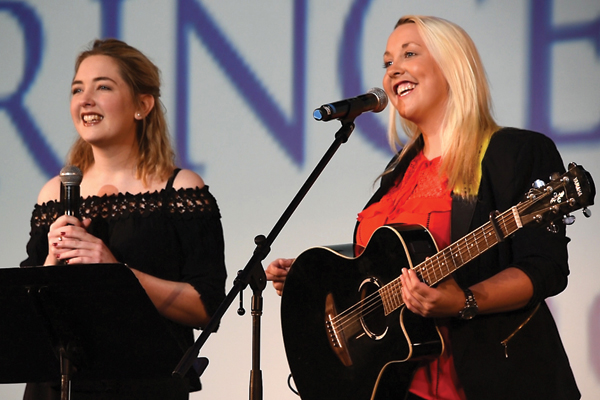 Helen Pring of Tui, Kelly Marsh of Bolsover Cruise Club and duet Lauren Wood and Sara Creeney of Cruise118 were picked from nine semi-finalists after battling it out in front of judges on board Caribbean Princess in Southampton last week.

They will be heading to the conference, taking place on May 24-26, to sing in the final of Princess Presents: The Variety Performance in Southampton. 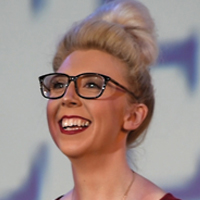 Each act is backed by a judge and will be voted for on the night by agents. The winner will scoop a Caribbean cruise on Regal Princess at the end of this year. Second prize is tickets to Robbie Williams’ Heavy Entertainment Show in London and the third prize is a £200 Lifestyle Voucher.

Amateur opera singer Helen Pring, 25, backed by Team Andy, performed the soprano aria Oh Mio Babbino Caro. A travel adviser for Thomson in Queen Street, Cardiff, she has been singing since the age of 19 as a hobby. She said: “I’m so excited – I have not done anything like this for a long time.”

Harmer said: “Helen is a unique addition to the evening; she will completely transfix the audience.” 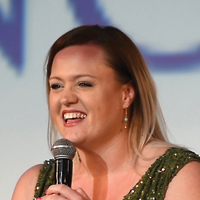 Bolsolver Cruise Club senior cruise consultant Kelly Marsh, who sang Don’t Rain on my Parade from the movie Funny Girl, said her colleagues and two daughters encouraged her to enter.

“I was a bit scared but my daughter Isabella told me it doesn’t matter if I win or lose, it’s the taking part that counts, which is what I tell her. I loved it, but couldn’t stop shaking afterwards,” said Kelly, backed by Team Tony.
Roberts said: “Kelly looks and sounds fantastic. I can’t wait to see her taking centre stage.”

Team Lucy duo Lauren Wood, sales team leader, and Sara Creeney, sales concierge, both of Cruise118 in Chorley, made it to the final after entering and rehearsing at the last minute.

They performed Keane’s Somewhere Only We Know.

“We only chose which song to sing the night before,” said Lauren, who plays the guitar and shares vocals with Sara.

Huxley said: “The talent shown by agents at the semi-finals was amazing, but I’m backing Lauren and Sara to win all the way!”