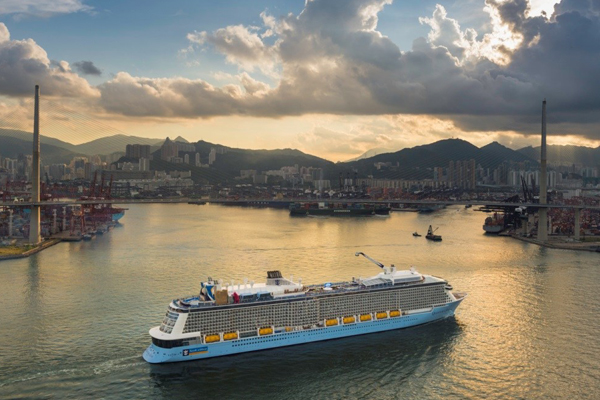 Royal Caribbean International’s first Quantum Ultra-class ship is to be based in the Asia-Pacific region.

The yet-to-be-named ship is due to be launched in spring 2019 as the next evolution of the Quantum class and will join sister vessels, Quantum of the Seas and Ovation of the Seas.

The new ship will specifically be designed for passengers in the region, featuring “even more cutting-edge and unprecedented experiences and amenities,” according to the line.

Conformation of the deployment came as Royal Caribbean unveiled its 2018-19 China, Singapore and Australia itineraries.

Voyager of the Seas will run its first full season from Singapore with 77 sailings ranging in duration between three and seven-nights covering China, Hong Kong, Malaysia and Thailand.

Ovation of the Seas will return to Tianjin in China for its second season from April 2018, offering sailings to Japan including the new destinations of Sasaebo and Shimonoseki.

During the winter, Ovation of the Seas will reposition to Sydney for its longest season in Australia, reclaiming the title as the largest ship based in the region.

New 10-night open-jaw itineraries between Auckland, New Zealand and Melbourne or Sydney will be offered by Radiance of the Seas.

Quantum of the Seas will sail from Shanghai for the fourth consecutive season, offering 78 sailings to and from Japan from January 2018.

Explorer of the Seas will join Ovation of the Seas its her fourth season based in Sydney from October 2018 with 23 sailings covering the South Pacific and Fiji.