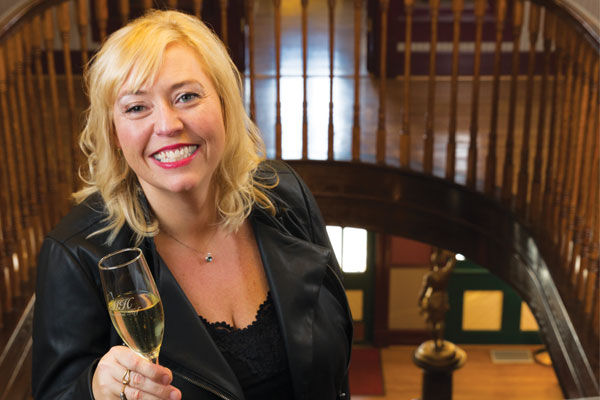 Self-confessed ‘closet poser’ Emma Harewood of Midcounties Co-operative Travel in Walsall finally got the chance to visit Texas after more than 20 years in the travel industry.

Q. What were the key highlights for you on the Cover Stars trip?
A. Fort Worth and the Stockyards were fantastic. We arrived at the hotel and came straight down to step into this place that looked like it was from a cowboy film. It is just full of cowboys and has so much history, including places held up by Bonnie and Clyde. Fort Worth epitomises Texas in one place. There is so much to be explored in the state; from music to food, each place has something culturally new to offer.

Q. What did you think about the rodeo and your night at the world’s largest honky-tonk bar?
A. The rodeo was more amazing than you can imagine; you see it in films but when you’re there in person it really is amazing. We then got to see Willie Nelson perform, which felt like such an honour even if the music isn’t normally my sort of thing. Billy Bob’s Texas honky-tonk was enormous – you could get lost in there with all the bars. The atmosphere was just amazing and everybody was so friendly: within the first few minutes we had all sorts of people coming to say ‘howdy’. It was an amazing way to start the trip.

Q. Did you enjoy the food?
A. Let’s just say it isn’t for vegetarians and I came back a connoisseur of the cow! Cooper’s Old Time Pit Bar-B-Que was amazing: you walked in and just pointed out what you wanted and they cooked it for you then and there. The atmosphere at Mexican restaurant Joe T Garcia’s was amazing too. We also went to local bars in Fort Worth – an Irish pub which was so welcoming and another place that was like walking onto the set of Cheers. And we went to a bar just outside town and there was a horse tied up outside while the cowboy had a drink.

Q. How was the shopping and makeover?
A. Well, I ended up loving the make-up so much I raided Debenhams when I got back home! The outfit was something I was slightly apprehensive about but, after speaking with Caroline from Simon Shopping and trying on a few things, we found the outfit. It was definitely out of my comfort zone and something I would never have picked but since wearing it at home I have had compliments too. I have already recommended the shopping and discount booklets to a colleague who is visiting and will do the same for my customers.

Q. Tell us what it was like having your own photoshoot?
A. I really enjoyed it actually and I got to have my photo taken opposite a bank robbed by Bonnie and Clyde. I was the last of the Cover Stars to have my pictures taken so I had seen that a few of the others who were initially nervous had ended up loving it. I think I am a bit of a closet poser anyway. Everyone who was involved – Steve the photographer, Caroline from Simon Shopping and Robin from Travel Weekly – makes you feel so relaxed and at ease.

Q. How were the hotels?
A. The Gaylord Texan Resort in Grapevine can definitely give the hotels in Las Vegas a run for their money. It was huge, taking me 20 minutes to get from one side to the other, and it even had an amazing ‘ice world’ to celebrate Christmas with ice sculptures and ice slides.

Casual yet stylish, Emma’s look is perfect for any occasion! Her skirt, top and jacket combo from Lane Bryant looks fabulous and, paired with knockout heels from Nine West, Emma is dressed to impress! Emma’s look is completed with hair styling from the spa at The Gaylord Texan Resort, Grapevine, and make-up courtesy of Simon Shopping Destinations. Emma’s look was created at Grand Prairie Premium Outlets, a Simon Shopping Destination property in Fort Worth offering discounts of 25%-65% on everyday prices.

If your customer can afford the upgrade, suggest flying business class.

Sell more than one city. Texas is diverse so suggest clients explore as much as possible.

You must recommend the Stockyards and Billy Bob’s Texas honky-tonk bar in Fort Worth.

I had flown business class before but on a different airline and some years ago, so it was interesting to see how British Airways and American Airlines compared.

I really enjoyed the layout of the British Airways business-class area as it was quite social. You had your own space with a little window but could still chat to the person next to you.

British Airways would be great when travelling with family or friends, whereas the American Airlines flight on the way back was less accommodating if you wanted to chat but perfect if you were travelling by yourself. The seats reclined flat into a bed which was great and meant we could sleep for most of the journey.