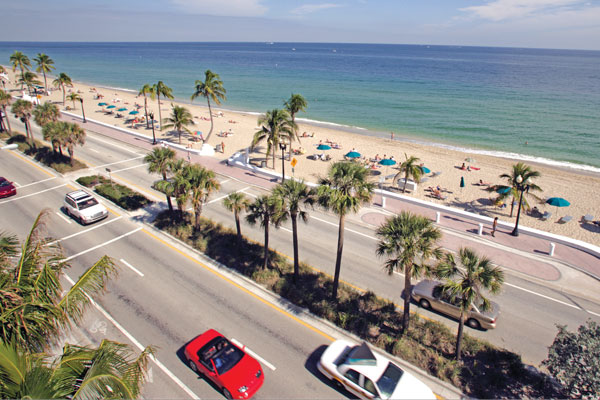 Fort Lauderdale is on the verge of snatching Miami’s crown as Florida’s coolest city, and thanks to a number of airlines – Norwegian recently increased flights to the destination and British Airways adds a service in July – it’s also easily accessible.

Its golden beaches are less crowded than Miami’s but just as spectacular, while in the downtown area you’ll find independent boutiques squeezed alongside art galleries and bars with spacious verandas. 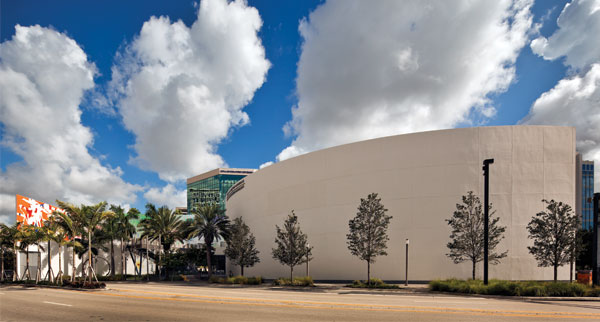 09.00: Start the day with breakfast on the terrace of downtown’s Riverside Hotel; the eggs benedict is legendary. Afterwards, get your bearings with a stroll along boutique-filled East Las Olas Boulevard, which stretches from the heart of Fort Lauderdale to the beach. Head west to check out the nearby NSU Art Museum Fort Lauderdale and the Museum of Discovery and Science, where the latest addition is the EcoDiscovery Center, filled with hands-on exhibits younger visitors will love.

11.00: Wander over to Fat Village for a caffeine fix. The ‘Fat’ stands for Flagler Arts and Technology, and this innovative arts district was founded by Alabamian art collector Doug McCraw. It’s one of the city’s most up-and-coming areas and it’s filled with galleries, artists’ studios and funky coffee shops, including Brew Urban Cafe, where the floor-to-ceiling shelves heave with thousands of books. Don’t forget to visit Brew’s very own boutique, tucked inside a vintage airstream trailer.

13.00: Back in downtown, restore energy levels at Timpano at 450 E Las Olas Blvd. The lunch menu at this Italian chophouse is filled with Mediterranean classics given a Floridian twist: calamari fritto with sweet pomodoro sauce, fire-roasted meatballs and sea salt-sprinkled flatbreads. Afterwards, walk off your excesses with a stroll to the beach. It takes about 40 minutes (although there’s a ‘trolley’ if you’re feeling lazy) and the route includes several bridges spanning Fort Lauderdale’s waterways.

15.30: After a wander along the beach, head north to the plantation-style Bonnet House (admission is £16 for adults, £13 for students, free for children), listed on the US National Register of Historic Places. It’s the former home of artist Frederic Clay Bartlett, who was given this chunk of land by his father-in-law in 1919. The gardens have one of the finest orchid collections in the US and the sprawling property is filled with artworks and sculptures from all over the world. The house can be explored on guided tours, which run from Tuesday to Sunday between 9.30am and 3.30pm.

18.00: The recently revamped W Fort Lauderdale is the perfect place for dinner and a sundowner. It’s achingly cool; the minimalist foyer has the feel of a modern art gallery and the pièce de résistance can be found in the hotel’s Steak 954 restaurant – a 4.5-metre aquarium tank filled with glowing jellyfish. There’s some delicious seafood on offer but it’s a menu designed for meat lovers, who can choose from American Wagyu steaks, 40-day dry-aged ribeyes and Colorado lamb chops.

20.00: After dinner, treat yourself to a cocktail at Burlock Coast Seafare & Spirits just down the road at the Ritz-Carlton. Prohibition-era rum-runners were apparently the inspiration for the bar’s decor, so it’s not hard to work out which spirit dominates the menu. 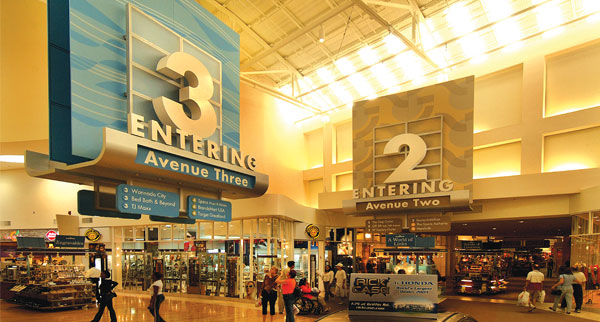 09.00: Time for some retail therapy. Set 17 miles from Fort Lauderdale, Sawgrass Mills is America’s largest outlet mall. The shuttle service doesn’t extend to Fort Lauderdale, but an Uber will cost you around $24 each way. A top tip – if you’re an early riser with a hire car, you might just get the ‘Haute Spot’ – Sawgrass Mills’ Swarovski crystal-adorned, bright pink parking space. Our advice? Grab a mall guide and devise a plan of action over brunch at California Pizza Kitchen. The Sawgrass Mills branch is the chain’s flagship and the decor is beautiful.

11.00: Head back to Fort Lauderdale via the Everglades Holiday Park where you can sign up for airboat tours, and spot alligators, iguanas and rare birds. Afterwards, take in the famous alligator show by the Gator Boys – the modern-day Crocodile Dundee-types with their own show on the Animal Planet TV channel. Get lucky and you might just see head Gator Boy Paul Bedard himself, complete with alligator-teeth necklace. None of the creatures have been taken from the wild – they all arrived after turning up in areas where they posed a risk to the public. Tickets cost £24 for adults and £15 for children, and include the airboat tour, alligator show and a souvenir photo.

13.00: Time for a visit to Hollywood. No, not the one in California but the small town a few miles from Fort Lauderdale. Opt for the scenic route and hop on the water taxi – it takes around 70 minutes from downtown, including a transfer at Stop 6 (Hilton Marina). You’ll get a whole new perspective on the area as you drift by riverside mansions, and you’ll also pass the cruise port, filled with enormous cruise ships (Royal Caribbean International’s Harmony of the Seas has been based here since November). The Hollywood drop-off point is the Margaritaville Hollywood Beach Resort. This particular stretch of sand is less crowded than the one at Fort Lauderdale, so it’s a great place to catch some rays before heading into town.

15.00: Like Fort Lauderdale, the centre of Hollywood is set back from the beach so take a taxi for the 10-minute drive. Hollywood’s got a cool, laidback vibe, and the busiest streets branch off from ArtsPark at Young Circle – a huge circular park crammed with fountains and art installations. The narrow boulevards are filled with independent boutiques, quaint cafes and family-run restaurants but an essential stop-off is Sub Zero Ice Cream & Yogurt, where liquid nitrogen is used to freeze the ice cream right before your eyes. Look out for the fantastic street art too. Hollywood is home to the Downtown Hollywood Mural Project, and some of the region’s top street artists have created enormous murals in key downtown locations. Finish your exploration with a bite to eat at one of Hollywood’s restaurants. The town has an abundance of eateries specialising in Central and South American cuisine, so whether you’re a fan of ceviche or sopes, you’ll find it all here.

19.00: Spend your final evening toasting Fort Lauderdale’s vibrant nightlife in the downtown area, home to some of the city’s best bars. Start by lining your stomach at the recently opened B Square Burgers & Booze – recommend the McDuck, a duck burger topped with a juniper berry glaze, followed by one of the venue’s potent cocktails or Boozy Shakes.

Norwegian flies twice a week from Gatwick to Fort Lauderdale from £159 one way.
norwegian.com

Save: Courtyard Fort Lauderdale Plantation
Check in at this hotel and Fort Lauderdale Beach, Port Everglades and Sawgrass Mills are all within easy reach. There’s also a shuttle service to destinations within three miles. There are three types of room, and the entry-level option is an impressive 32sq m in size. Doubles from £108.
marriott.co.uk

Spend: Holiday Inn Fort Lauderdale Airport
Although this hotel is close to the airport, Fort Lauderdale’s size means you’re never far from the main attractions and the hotel is in close proximity to the beautiful town of Hollywood. There’s a large business centre and a complimentary shuttle service to the airport, and Hollywood beach is a 15-minute drive away. Doubles from £144.
ihg.com/holidayinn/hotels

Splurge: Riverside Hotel
There are 231 rooms at this beautiful waterside hotel, which dates back to 1936. There are six room categories, but the Executive Tower King Bed Corner Balcony rooms have the best views. The hotel is on the section of East Las Olas Boulevard which passes through the downtown area, and the nearest water taxi stop is just metres away. Doubles from £200.
riversidehotelfortlauderdale.com