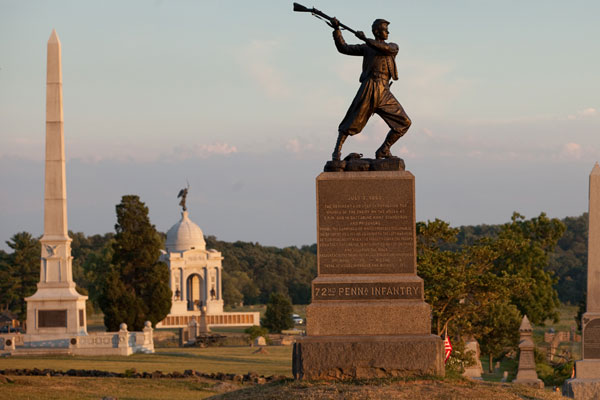 Go beyond the big-ticket cities on a self-drive from New York to Chicago, writes David Whitley.

The entire speech clocks in at just 272 words but, my, they’re effective. Abraham Lincoln’s Gettysburg Address, a measured statement on what the US stands for and how not all battle deaths are in vain, is one of history’s most famous pieces of rhetoric. And there’s nowhere better to hear it than in Gettysburg itself.

The Pennsylvanian town played host to the bloodiest battle of the civil war, and the battlefields have been preserved, while the visitor centre provides an absorbing exploration of the war’s causes and events. It’s the sort of thing the US does brilliantly well, and it’s the sort of thing that I would have missed entirely if I had stuck to the original plan of flying between New York and Chicago.

The US has some classic road trips – Route 69, the Mississippi River Route, Highway One up the California coast – but it’d be a mistake to limit road trips to just these better-known examples. You can pick just about any two big cities, then string a mildly meandering route between them that encompasses several brilliant attractions you might not otherwise have thought about. 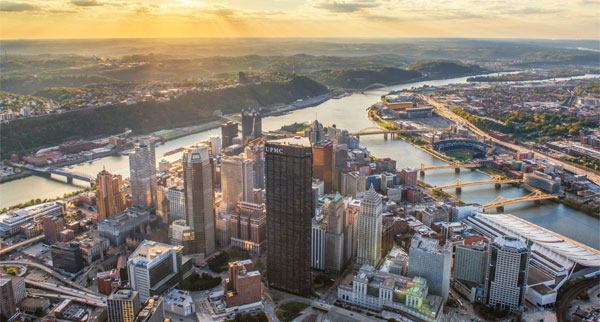 Dipping south from New York revealed the world-class art museums, Founding Fathers history and Rocky steps of Philadelphia. Then came Gettysburg, the Amish and Mennonite settlements of Pennsylvania Dutch Country, and the Flight 93 National Memorial at the 9/11 crash site near Stoystown.

Swinging back up towards Chicago, meanwhile, offered up two cities that tend to fall well under the radar. Pittsburgh is one of those hazy cities – most people will recognise the name without knowing a thing about it. I arrived expecting a smoky steel town, and was rather taken aback by one of the prettiest urban views I’d come across. The city fits into a triangular wedge around the confluence of two rivers, and is flanked by a series of fetching yellow bridges.

There’s substance to go with the looks, too. The university’s main building is the staggering Cathedral of Learning, a 163-metre gothic tower with rooms themed on countries around the world. It’s both an imperious omnipresent landmark and a delightful oddity.

Pittsburgh’s stellar attraction, though, is the Warhol Museum. It’s a strong contender for the title of the greatest single-artist museum on Earth, and is spread over six floors. It has plenty of local boy Andy Warhol’s art, as you might expect, but the explorations of his character, lifestyle and philosophies are what makes it so compelling. It’s a study of celebrity and fame, as much as it is the life of one influential artist.
warhol.org 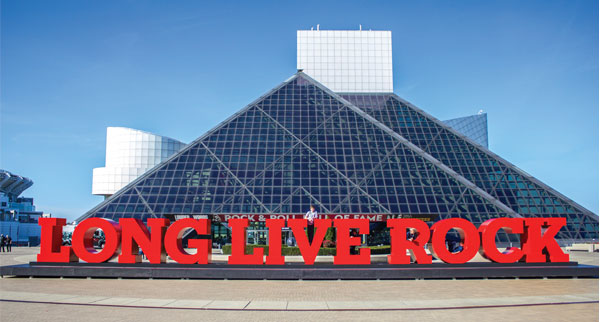 The sound of music

There are plenty more big-name life stories covered up the road in Cleveland, where the Rock and Roll Hall of Fame has pride of place on the lakeside. The cavernous building has meaty sections on various stars – Elvis, U2 et al – but is at its best when looking at the origins of rock ’n’ roll as it mutated from amalgamations of various genres.

The strains of country, blues, folk, soul and gospel music are dug into, with plenty of audio booths. These allow you to join the dots, linking artists to those who influenced them through their songs. After spending the bulk of the day in there, don’t try to resist the overwhelming urge to head straight to a record shop and get a greater education on the likes of Robert Johnson, Howlin’ Wolf and Hank Williams.
rockhall.com

After the culture, it’s time for some thrills. A little further west along the shores of Lake Erie, Cedar Point in Sandusky is a titan of the theme park world. Orlando may have all the movie tie-ins and carefully honed cutesiness, but Cedar Point needs none of this because it has some serious rides. There is little pussyfooting around, with a roster of attractions skewed firmly towards the hair-raising end of the scale. Over the years, Cedar Point has consistently unveiled record-breakers that take coasters higher, faster and steeper than they’ve been before.
cedarpoint.com

The latest fingernail shredder is the Valravn, a monster that climbs, and climbs, and climbs to 68 metres. It then leaves passengers dangling over the edge, looking downwards, before releasing the car, setting it plummeting to earth at a 90-degree angle before subjecting it to all manner of twists and turns. It’s the fastest dive coaster in the world, and what’s remarkable is that it’s not the scariest ride in the park. The 130m Top Thrill Dragster is enough to make even the most steely-nerved say ‘no way’. 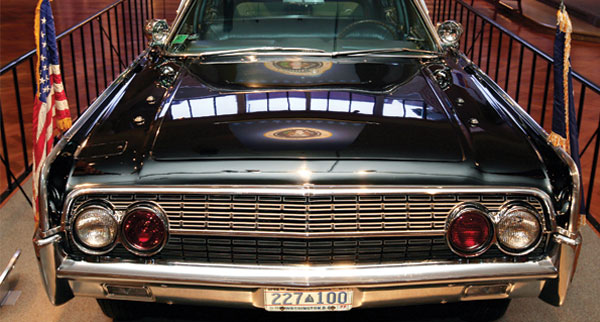 The last stop before Chicago is much-maligned Detroit, which turns out to have some fabulous downtown buildings that have stood since the Motor City’s heyday, plus the must-see Motown Museum and a series of sites linked to the Ford Motor Company. Of these, the Henry Ford Museum of American Innovation in satellite town Dearborn is the most remarkable – and well worth budgeting at least a day for.

If you go expecting a museum full of old cars, then you’re severely underestimating the scope. Sure, it has some cars and a big section on the history of motoring, but there are also major sections on aviation, polar discovery and a frankly brilliant walk through US history.

There are also several moments when an exhibit takes the breath away, such as when you wander up to the car that JFK was in when he was assassinated, or the bus from which Rosa Parks refused to move, sparking the Civil Rights movement in earnest.
thehenryford.org

Incredibly, this is just a warm-up act, because outside is Greenfield Village, a project set up by Henry Ford himself to snaffle up important buildings from the US and beyond. So transported brick-by-brick from their original sites are slave cottages from the Deep South, the courthouse where Abraham Lincoln practised law, the home of the man who put together the country’s first dictionary and the bike shop where the Wright brothers made the first plane.

The whole complex is so large that transport is required to get around it. And what better method than in a vintage model T Ford? It’s one last drive of discovery on a road trip through lesser-explored America.

Three of the best US road trips

Route 50: From Ocean City, Maryland, to San Francisco, the western end of this cross-country mammoth is most notable for passing through epic open country.

Highway One: A great introduction to US road trips is a few days’ driving along the California coast from Los Angeles to San Francisco. Highlights include whale-watching on Monterey Bay and wine-tasting in Santa Barbara.

The Wild West: Loop Las Vegas is a fabulous launchpad for exploring the national parks of the west. Include the likes of Monument Valley and the Grand Canyon in a week-long loop with some Vegas R&R at either end.