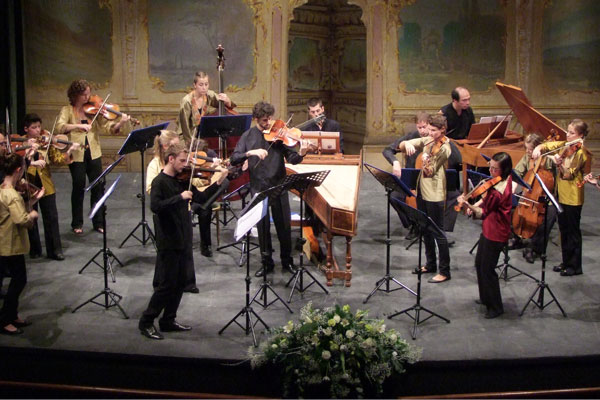 What do you get when you combine 7,000 years of history with world-class diving sites, scenic walking routes, aquamarine lagoons and a packed calendar of parties and cultural festivals? Malta, of course.

Throw in year-round sun, welcoming people, pleasant beaches and a warm climate, and you have a family, couple and group-friendly destination that holds appeal at any time of year. From wandering around medieval cities in spring to snorkelling the reefs in summer, diving in autumn to concert-watching in winter, there’s plenty for clients to get stuck into. Here’s a rundown of where to recommend and when. 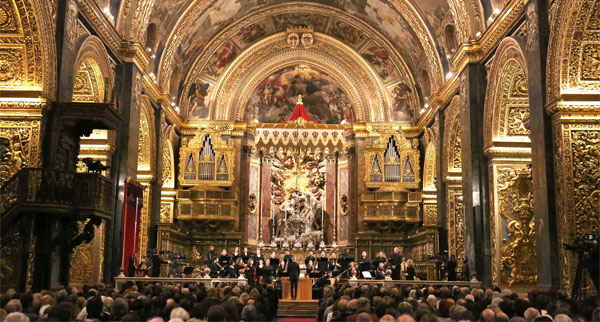 Picture winter and images of scarves billowing in windy blizzards most likely come to mind. But not in Malta: here, temperatures hover around 15C.

“November to May showcases a different Malta,” says Andrew Galea, marketing manager for Corinthia Hotels. “Apart from the island being green and full of flowers, the weather is cool enough to discover off-the-beaten-track destinations, from Neolithic cultural sights to nightlife, shopping, music and culture. It’s also a good time to try some of the many restaurants showcasing local and international cuisine.”

Mercury Holidays recommends taking full advantage of these cooler climes to explore the Unesco listed capital Valletta and its 16th-century fort ruins. Here, a labyrinth of narrow streets meets trendy boutiques and cultural sights, including the Fort Saint Elmo, home to the National War Museum; the Grand Master’s Palace, once the residence of the Knights of St John; and St John’s Co-Cathedral, a baroque masterpiece filled with artworks.

And it’s in winter that the city really comes to life, with extravagant floats and colourful costumes taking to the streets in February for the annual Carnival. For an alternative spin on the celebration, go to Nadur in Gozo to see locals decked out in masks and costumes.

In January, there’s the Valletta International Baroque Festival, a two-week extravaganza featuring concerts in historic venues across the city such as the Manoel Theatre and St John’s Co-Cathedral. Saga and Kirker Holidays both offer tours to mark the occasion and are worth recommending to an older clientele looking to make the most of the Maltese love of music.

Or suggest Go Teatru Unplugged, a weekend-long pop, folk and rock concert that this year takes place from December 27-30.

And if clients come a few weeks earlier, they’ll find the streets alive with Christmas cheer – think festive markets, candlelit carols and fairytale lights, culminating in the five-day International Christmas Festival, a celebration of all things yuletide which showcases bands from across the world. 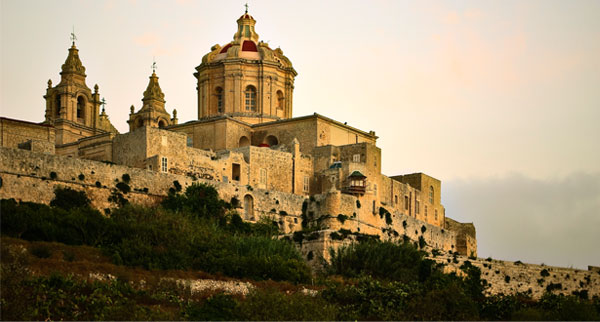 If winter is for watching concerts, then spring is for getting active. As blossom colours the trees, temperatures hit the mid-20s, making it an ideal time for outdoor adventures under clear blue skies – think cycling, walking, golf, abseiling, bouldering (there are more than 1,000 climbing routes across the islands) and plenty more.

Suggest Intrepid Travel’s Malta and Gozo Family Holiday for an Easter break spent cycling along the Gozo coastline, exploring hilltop villages via jeep, and snorkelling around the tiny island of Comino. For couples looking to get their boots on, look to Exodus’s self-guided walking tour around Gozo.

Spring is also the perfect time for culture vultures looking to explore the archipelago’s history.

Kirker Holidays recommends heading to the Hypogeum of Hal-Saflieni, a prehistoric, Neolithic temple structure which reopens in May. Elsewhere, the 4,000-year-old walled city of Mdina – known as the ‘silent city’ and once home to Maltese nobility – is well worth a look-in with its elaborate palaces and baroque, Roman and medieval structures.

For a more quintessentially Maltese experience, suggest a trip to a local village; Corinthia Hotel St George’s Bay has added a series of tours which give guests the chance to meet local artisans and learn about their folklore, music, cuisine, crafts and more, and there’s no better time to see it all than in spring.

Meanwhile, at Easter, large-scale processions fill the streets. Those wanting to witness it should head to the ‘Three Cities’ (Vittoriosa, Senglea and Cospicua, which pre-date Valletta), where statues of the ‘Risen Christ’ are carried round. Viator offers a tour to Vittoriosa and Senglea, taking in their ancient forts, bastions and churches, from £26. 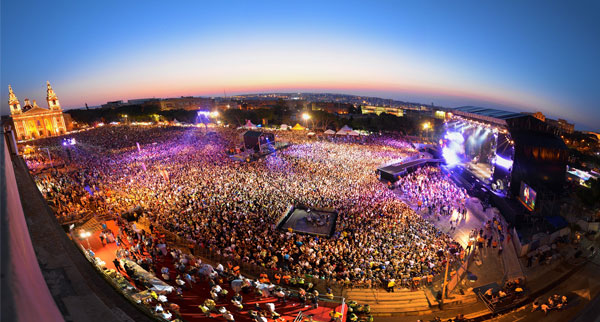 For families and couples looking to hit the beach, suggest summer. Simply Luxury by Travel 2 recommends the coastal town of St Julian’s. It makes for an ideal base, with waterside restaurants, bars, shops, water sports (including windsurfing, jetskiing, kayaking and waterskiing) and a Blue Flag beach. Head to Spinola Bay for authentic Maltese food, and Paceville for its buzzing nightlife scene.

Beyond St Julian’s, Prestige Holidays recommends the beaches on the northwest coast in the Manikata region. Ghajn Tuffieha beach is known for its distinct reddish colour, while Golden Bay, one of the few sandy beaches on the island, offers shallow, gently sloping water that’s ideal for younger ones.

Those wanting to explore it from the safety of a boat can head out on a sailing trip; SuperBreak offers a cruise to the Grand Harbour, considered one of the most beautiful ports in the world, as an add-on to its packages in the region.

Back on land there’s a plethora of festivals going on. Perhaps the most famous is Isle of MTV, which takes place in June and has seen the likes of Rita Ora and Lady Gaga rock up in the past. This year’s festival (June 23-28) sees The Chainsmokers getting the party going.

It coincides with the Malta Arts Festival (June 23-July 15), featuring music, dance and theatre performances at venues in Valletta and beyond. Not long after there’s the annual Malta Jazz Festival (July 20 22). Outside all this, families will find plenty to satisfy, with a host of village festas offering local food, fireworks and more throughout the summer months. 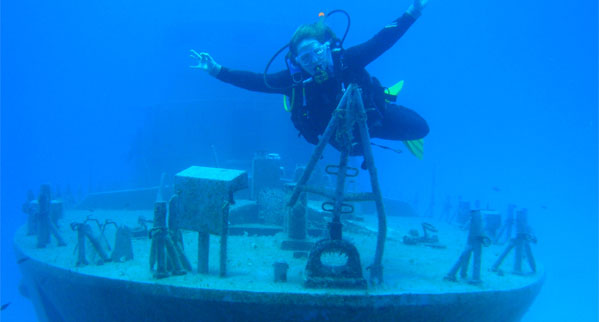 The fun doesn’t stop in autumn; when we’re donning the coats back in Blighty, the warm temperatures continue in Malta, including in the water. “It has some of the highest annual sea temperatures in Europe – visitors can swim even in December,” says Nicky Shafe, marketing manager at Prestige Holidays.

That means it’s an ideal time for diving, according to Sarah Wight, product manager for Dive Worldwide, who recommends September and October for those wanting to escape the crowds. Among the best spots is St Paul’s Bay, home to the Imperial Eagle dive site, where an ancient ferryboat and statue of Jesus await discovery.

Those wanting to stay dry can try a Jeep Safari – SuperBreak offers a trip through remote parts of the island from £54 – or head to the capital for Notte Bianca in October. This one-night event sees Valletta’s museums and other attractions stay open late with installations, exhibitions and more.

And while you’re selling the autumnal months, don’t forget to look into off-peak deals. The Cavalieri Art Hotel in St Julian’s Bay, for example, throws in a free night for a seven-day stay on selected dates, while kids under 12 go free at the The Westin Dragonara Resort.

Use these offers to your advantage and you could secure some more shoulder-season bookings that will keep you – and your clients – happy, whatever the temperature.

SunChateaux now features all-inclusive villas in Gozo. Its four new-build villas start at £745 for a week including flights.
sunchateaux.com

“While spring, autumn and winter might be understood as the shoulder months, visitors can expect the same level of energy and excitement that can be found during the summer. In the lead up to Valletta being European Capital of Culture 2018, the plethora of celebrations is even more apparent, with highlights including the Malta International Fireworks Festival in April and Notte Bianca in October. Malta has seen an increase in UK visitor numbers, with 28,600 more people visiting in 2016 than the previous year.”

Olympic Holidays offers seven nights at the four-star Calypso Hotel in Gozo from £467 based on two travelling, including seven nights’ B&B and flights to Gatwick, departing July 5.
olympicholidays.com

Seven nights’ B&B at the InterContinental Malta in St Julian’s costs from £999 with Travel 2, including flights from London and lounge passes, based on a September 7 departure.
travel2.com