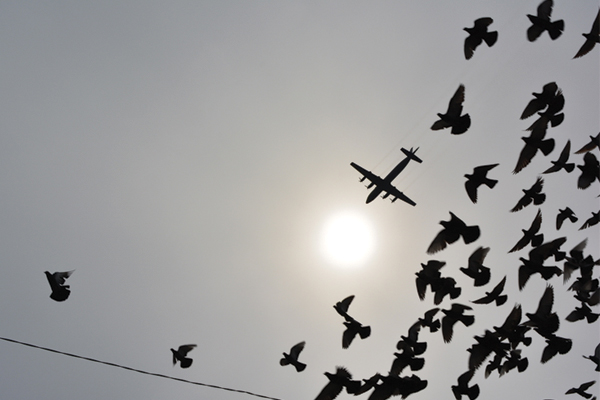 The European Court of Justice (ECJ) has ruled that air passengers are not entitled to compensation for delays to flights caused by bird strikes.

The ECJ ruled bird strikes on aircraft do constitute “extraordinary circumstances” for the purposes of EU Regulation 261 on air passenger rights, in a judgment published on Thursday.

The ruling will be welcomed by airlines and the travel industry, but was greeted with dismay by claimants’ lawyers.

UK courts have previously ruled in favour of passengers’ claims for compensation for delays attributable to bird strikes and thousands of claims were placed on hold pending the ECJ ruling.

The case concerned an appeal by travel firm Travel Service against a claim brought in the Czech courts by Marcela Pešková and Jiří Peška.

Claimants’ law firm Bott & Co said in a statement: “The decision that bird strikes are extraordinary will be legally binding throughout Europe and will hold precedent in UK cases.

“Thousands of air travellers throughout Europe have had their claims placed on hold pending the outcome of the ruling.

“This judgment casts doubt over whether those passengers will be entitled to compensation.”

Bott & Co noted it had previously won “numerous claims in favour of passengers in the English courts”.

Kevin Clarke, a lawyer at Bott & Co, said: “This is not the decision we were hoping for, but it is clarity from the highest court in Europe.

“We are particularly disappointed because we have a track record of winning bird strike cases in the UK, even to appeal level.”

Industry lawyer Joanna Kolatsis of Hill Dickinson said: “The industry has seen an influx of claims for delays and cancellations to flights that have been caused by bird strikes.

“In the UK, the local county courts have been ruling that bird strikes are not extraordinary circumstances under Regulation 261.

“The effect of these county court judgments, together with the limited scope of the extraordinary circumstances defence, has put increased pressure on the industry.”

The case was complicated by fact that the flight was already delayed when the claimants boarded and there was an additional delay because the carrier chose to carry out additional safety checks following the bird strike after the required checks had already been carried out.

However, the ECJ found: “A collision between an aircraft and a bird, as well as any damage caused by that collision . .  . are not inherent in the normal exercise of the activity of the air carrier concerned and are outside its actual control. Accordingly, that collision must be classified as ‘extraordinary circumstances . . . it is irrelevant whether the collision actually caused damage to the aircraft.”

It further noted: “Air carriers must not be encouraged to refrain from taking the measures necessitated by such an incident by prioritising the . . . punctuality of their flights over the objective of safety.”

The ECJ dismissed an argument that an airline should allow “sufficient reserve time for the required safety checks as part of the reasonable measures which it must take at the planning stage of its flights”.