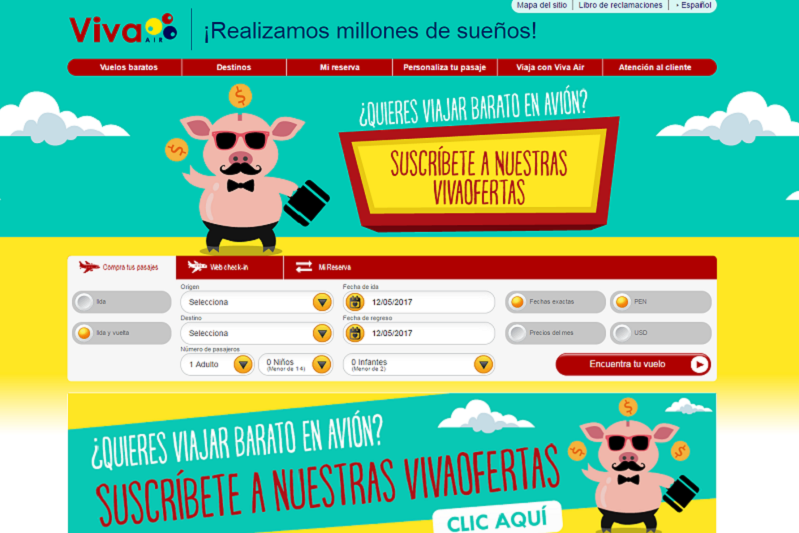 A new South American budget airline backed by the son of Ryanair founder Tony Ryan has launched its first flights.

The airline plans to carry 700,000 passengers in its first year of operations in the Andean country by offering fares starting at the equivalent of $18.

The new Peruvian carrier will operate nine routes in 2017, linking Lima with the cities of Arequipa, Chiclayo, Cuzco, Iquitos, Piura, Tarapoto and Trujillo. There will also be flights from Arequipa to Cuzco and Tacna.

Irelandia Aviation is already established in Mexico with VivaAerobus and in Colombia with VivaColombia.

The first was set up in Monterrey in 2006 and the second in Medellín in 2012 – both modelled on Ryanair.