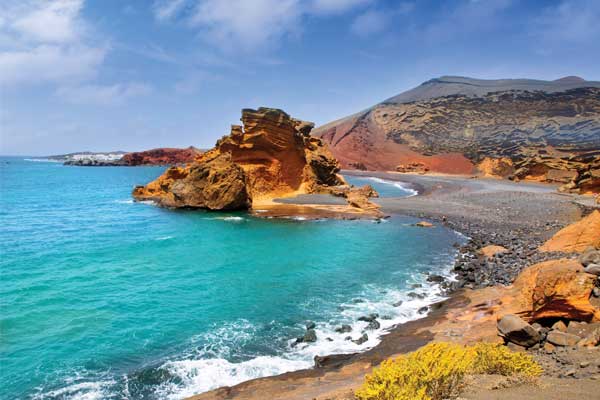 Spain is still top of the list for family holidays this summer, says Katie McGonagle.

“Mañana, mañana,’ might be a common refrain heard across Spain, where people are famed for their laidback approach to life and there’s little to be done today that couldn’t just as easily wait until tomorrow.

But anyone wanting to bag a holiday with the kids this summer had better not hang about, as demand for this family favourite is high. Availability isn’t quite as stretched as it was last year, when the Istanbul airport attack in June sparked a frenzy of switch-selling for summer. Yet prices aren’t likely to fall between now and the school holidays, so there’s little be gained by putting off booking.

Simply Luxury by Travel 2 has already seen a 24% increase in bednights compared with last year, and Classic Collection Holidays is predicting its “best ever year” based on strong early demand.

Families who leave it late might find themselves priced out of popular properties, or forced to consider alternative styles of holiday. Monarch’s Lanzarote bookings, for example, have shifted in favour of more budget friendly three star and self-catering breaks.

So if you’re struggling for inspiration on where to send clients, take a look at our guide to some of Spain’s hottest spots.

Some holidays never go out of fashion, and a bucket-and-spade break to sunny Spain is one of them. Classic Collection has added the Costa Brava, Costa Dorada and Costa de la Luz for the first time, and expanded product on the Costa del Sol and Costa Blanca, in anticipation of a spike in demand.

New properties for Costa Blanca include the Grand Luxor Hotel, which is by the entrance to the Terra Mitica theme park, and the Suitopia Sol Y Mar Suites Hotel, which has its own kids’ pool and splash park for when they get tired of having sand between their toes.

Family facilities are also core to the appeal of the Alegria Pineda Splash on Pineda de Mar in the Costa Brava, one of Jet2holidays’ hot predictions for this year’s big sellers. It reopens this month after a makeover, adding a colourful splash park with slides, kids’ club and a new playground, plus mum and dad can take a dip in the adult-only whirlpool if they get a spare moment – and it’s all only 300 metres from the beach.

If that still feels too far to go for a dose of sand and sea, send them to Tui Sensimar Ibiza Beach Resort, where the pool looks directly over a sandy beach on the island’s quiet northern coast. It has a contemporary vibe and funky furnishings, so would suit those travelling with teens. 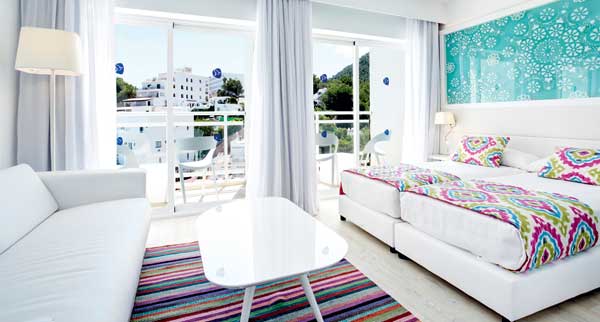 “Hotels with waterparks are very popular with families,” says Gareth Rogers, Thomas Cook regional product manager for mainland Spain. “Especially if they are all-inclusive, with the added assurance that everything has been paid for in advance. The SunConnect Cabogata Garden in El Toyo on Costa Almeria reopened this month following a complete makeover. It now features an à la carte tapas restaurant, mini-waterpark and splash zone, and a Thomas Cook kids’ club.”

First Choice’s flagship brand is just as family-oriented, and parents know they won’t face an unexpected bill at the end of their stay. Holiday Village Majorca has an impressive six pools – including a dedicated activity pool and splash area – plus four restaurants to keep fussy eaters in check. Kids can enjoy their own evening entertainment, plus party nights, pop shows and cabaret.

Not so keen on in-resort entertainment? Make your own fun by booking a villa with space to spread out. Villa specialist Novasol has 3,000 properties across the mainland and islands. General manager Alex Stuart says: “Spain is by far our best-seller here in the UK. The Costa del Sol continues to be our top-selling Spanish destination, and we have seen good growth year on year.

“Costa Blanca is also performing well, as is Murcia, where we have accommodation on family-friendly golf resorts, so guests can enjoy peace and privacy while being close to a great range of facilities.”

La Torre Golf Resort, for example, has an 18-hole course, plus tennis courts and swimming pools, and the beaches of Mar Menor are just a half hour drive away. Novasol has two bedroom apartments that sleep four, starting from £479 per apartment for a week in August. 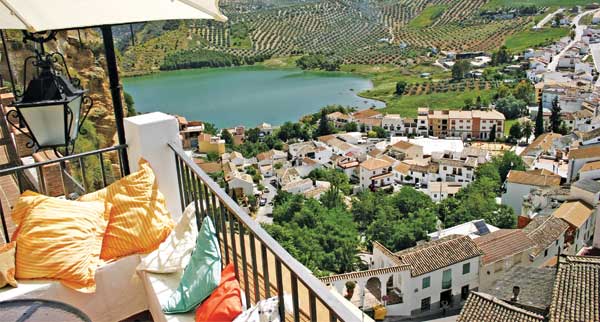 Villas also shine a light on areas families might not have considered otherwise: Novasol has a two-bedroom apartment in the hilly Andalucian town of Iznajar – all traditional whitewashed walls and red-tiled roofs – which is an hour inland from the coast and often slips under the radar for family breaks. Prices start at £499 in August.

Simply Luxury by Travel 2 has also seen interest in more-independent accommodation. Product and commercial manager Lauren Ross says: “We have noticed an increase in families looking for apartment-style hotels with kitchen facilities, and introduced the Vasari Vacation Resort in Puerto Banus to reflect this demand. These apartments are perfect for families and are a short distance from the marina that has family-friendly restaurants and bars.”

Even without the facilities of a hotel, there’s plenty to keep kids amused. Ross recommends Segway tours in Banus, and go-karting, buggy safaris and the crocodile park in Torremolinos.

Sweltering cities, endless sightseeing and bored kids don’t mix well, but approach a city break in the right way and it can be thoroughly rewarding, especially for older children who would be equally unamused by splashing around with tots at a waterpark.

Barcelona is a prime example. Not only is it cooler in summer than Spain’s land-locked cities, but its mix of interesting sights, Gaudi architecture and beachfront access are bound to be a hit at any age. Try tying it in with what they’re learning at school – art project on Salvador Dali, anyone? – and recommend a few family attractions for parents to have up their sleeve when the kids get restless. 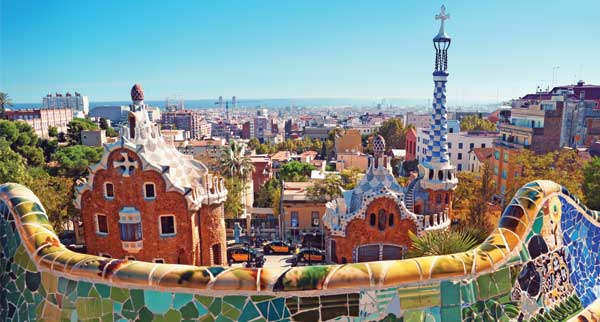 Monarch suggests offering to book tickets to Barcelona’s Camp Nou stadium for footie-mad teens, or recommending a stop at the CosmoCaixa Science Museum, home to an enormous Amazonian rainforest exhibition.

Villa rental company The Luxury Travel Book has also spotted a trend toward family city breaks. Founder Susie Marquis says: “We have noticed an increase in bookings to Spain, mainly to our city apartments in Barcelona, Madrid and Seville. We are getting family enquiries for half-term in particular, from parents wanting to take their children on a cultural holiday. Christmas and New Year are also popular for family holidays to cities.”

When the heat of the mainland gets too much, do as the locals do and escape to the islands: the breezy Balearics couldn’t be more family friendly, and resorts are continuing to invest to keep that appeal alive. Iberostar Playa de Muro in Majorca, for example, has renovated its rooms, pool area, lobby and pizzeria this year, and offers free stays for kids under six until October 21 when sharing a room with their parents. Sister property Iberostar Playa de Palma, on the same island, also had a revamp last year and has been upgraded to five-star. 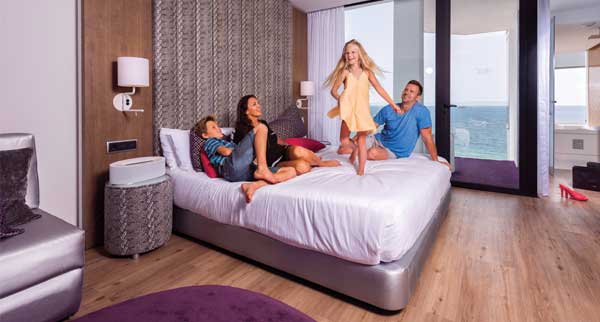 Over in the Canary Islands, Tenerife has a swathe of new openings worth putting on families’ radar. In Costa Adeje, the GL Victoria Suite Hotel opened its doors in spring, offering a surfing pool and zip lines specially designed for kids, while Barcelo hotel Corales Suites Resort opens later in the year with a mix of junior suites and apartments suited to families. The popular Roca Nivaria Gran Hotel has given its baby and mini clubs a facelift, while the Hard Rock Hotel Tenerife opened last October, devoting one of its two towers entirely to family rooms.

Monarch has also released several family offers for the school holidays across Lanzarote, Tenerife and Fuerteventura. For those who are too late to book this summer, Olympic Holidays has added La Palma to its Winter Sun brochure, so you can keep selling Spain long after the kids go back to school in September.

“As far as Classic Collection Holidays is concerned, Spain has never been in more demand. Prices have increased, mainly owing to the fall in value of sterling post-referendum, but demand remains very strong. Families and couples are having to be more flexible as to when they travel, and if budget is a concern may consider slightly shorter durations. Availability is tight, but we generally find accommodation to match our customers’ requirements, even for late bookings.”

Classic Collection Holidays offers a week in a sea view suite with a kitchen at Suitopia Sol Y Mar Suites Hotel, starting from £3,920 in mid-August, based on a family of four. The price includes breakfast, flights and transfers.
classic-collection.co.uk

Monarch offers four nights’ self-catering in a one-bedroom apartment at Grandom Suites in Barcelona from £1,229 for two adults and two children, including flights, during October half-term.
monarch.co.uk