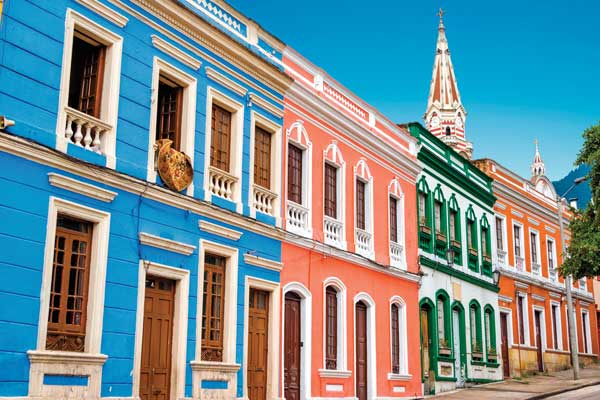 Vibrant spaces bursting with history, verdant landscapes blooming with coffee and colourful cultures that know how to party – Colombia is a never-ending trove, and from the food scene in Bogotá to the cobbled streets of Cartagena, its cities are all unique in their own way.

Fortunately, they’ve become more accessible over recent years, partly as a result of improved airlift – Avianca introduced direct flights from Heathrow to Bogotá in 2014, and there are bargain indirect options from the likes of Air Europa – and the signing of the peace deal between Farc rebels and the government last November. People seem to be catching on; UK visitor numbers grew more than 14% from 2015 to 2016, according to tourism board ProColombia.

New hotels are getting in on the act, with at least 57 to open across the country’s cities by 2020. IHG, Hilton, Accor and NH Hotel Group have all moved in, making the most of a transformation that has seen Colombia metamorphose from a troubled no-go zone to a nation of innovation, art and food, in less than two decades. 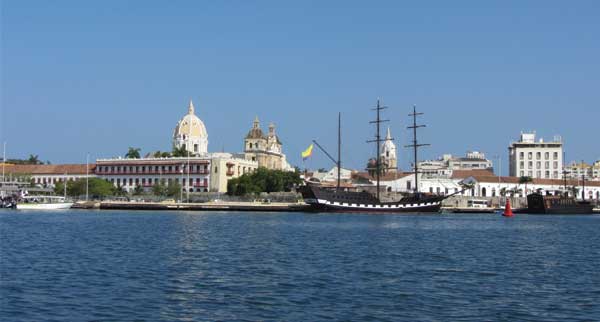 The historic walled city of Cartagena lays claim to an intriguing, pirate-infused past. Today it blends Caribbean and Spanish influences with bright yellow buildings, colonial cobbled plazas and 17th-century houses – and it’s best explored on foot.

“It’s totally safe to wander the streets, and it’s a feast for the senses,” says Lloyd Boutcher, managing director of Sunvil Latin America. “I would always recommend travel agents leave Cartagena as the finale.”

Highlights include the Clock Tower, San Felipe Castle and Plaza Santa Domingo, a quaint square with a Spanish feel that’s home to bars, buskers and a 16th-century church. Browse the craft shops at Las Bóvedas – formerly dungeons, built under colonial rule in the 1700s – and visit the Palace of the Inquisition for a snapshot of the city’s more gruesome side.

For a particularly authentic experience, specialist operator Amakuna recommends a visit to the central market (Mercado Bazurto), outside the old town. It makes for a visible contrast to the walled city, with rows of local produce and a hectic atmosphere awaiting the more intrepid.

Away from the city there’s plenty to see too, not least the Rosario Islands. Accessible by boat, they offer white-sand beaches, turquoise waters and activities such as hiking, snorkelling and paddleboarding.

Fortunately, there’s a generous smattering of accommodation options. The elegant, flower-bedecked boutique Hotel Alfiz comes recommended, or for something slightly higher end, there’s the Ananda, a 16th century converted building in the heart of the old town. For all-out luxury, suggest the Sofitel, housed in a former monastery, or Casa San Agustin, where you can book a 170sq m suite, which comes complete with two private terraces and an outdoor Jacuzzi. 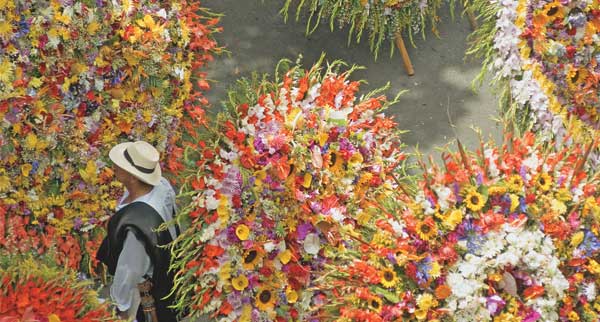 Fly an hour north and you’ll find one of the most talked-about places of the moment: Medellín. The blood-filled, drug-infused days of the past have been replaced by a buzzing city, where innovation and creativity seep out of every nook and cranny.

Felipe Angel, the UK director of ProColombia, says: “Innovation is the word that defines Medellín. The city has overcome social challenges over past years thanks to important infrastructure work.”

That’s evident in everything from the modern and sparklingly clean metro system to the upmarket restaurants and cafes that line the tourist-centric, stylish neighbourhood of El Poblado.

The city hasn’t completely shed its character though, with downtown offering a grittier feel – think market-style street vendors and traditional, rougher-round-the-edges architecture. The area is also home to Plaza Botero, a park dotted with bronze sculptures, which stands as a testament to the city’s flourishing arts scene – something the street entertainers, theatre shows and fiestas showcase on a daily basis. There are tango shows aplenty, and in the first week of August, the whole city comes alive with bursts of colour in the form of the flower festival.

The Museum of Contemporary Art is also worth checking out, and for a further taste of culture there’s the Biblioteca de España, an ultra-modern, mountainside library accessible by the Metrocable. Beyond that, visitors can take the gondola up to Parque Arví, where lakes, hiking trails and greenery await. For a bigger retreat outside the city, suggest Guatapé, a sleepy village set on an artificial lake and surrounded by towering granite rocks.

Poblado Alejandria should be recommended as a comfortable and modern place in which to bed down. It’s located in a lively district around 15 minutes from the airport, and its stylish decor makes a match for the city’s vibrant and colourful streets. 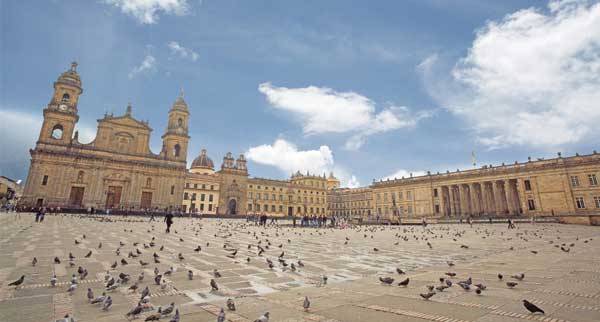 The sprawling urban jungle of Bogotá might not have quite the beguiling charm of Cartagena, but it has its own unique allure, with a fascinating history and prominent arts scene that’s reflected in its bright (often politically charged) murals.

Boris Seckovic, co-founder of Amakuna, says: “Bogotá is rapidly becoming the epicentre for some of the country’s most exciting offerings, with art and gastronomy at the forefront.”

At the city’s heart lies La Candelaria, the colonial centre where vibrant buildings licked in red, yellow and blue line cobbled streets and plazas. It’s home to the Gold Museum, featuring more than 55,000 pieces, and the Botero Museum, which indulges artist Fernando Botero’s fascination with bodies and creatures on the larger side.

For a taste of the neighbourhood’s history, head to the Plaza de Bolívar to admire the Palace of Justice, the Parliament of Colombia and the city’s stone cathedral. Wander through the Plaza del Chorro del Quevedo for a glimpse into Bogotá’s hippier side, and hop on the cable car to the whitewashed chapel of Monserrate for sweeping views across the region.

Outside the city, Sunvil recommends a day trip to the Salt Cathedral or an excursion to Andrés Carne de Rés – a lively, circus-style restaurant-cum-club where locals eat and dance their way through the night.

On the hotel front, Bogotá isn’t short on offerings. For a good-value option, recommend the NH Bogotá Pavillon Royal. Or for something a little more luxurious, suggest the Four Seasons Casa Medina. Originally built in 1946 from reclaimed materials, it combines stone columns, antique doors and stained-glass windows. Each of the 62 rooms has a unique and intriguing character – a little like Bogotá itself.

Cox & Kings has a 12-day Treasures of Colombia tour visiting Bogotá, Medellín and Cartagena from £2,195. The price is based on twin-share accommodation and includes flights, transfers and some meals.
coxandkings.co.uk

Journey Latin America offers an 11-day private trip taking in Bogotá, the coffee region and Cartagena, from £2,183. The price includes domestic flights, transfers, excursions (including the Salt Cathedral and Rosario Islands) and accommodation on a B&B basis.
journeylatinamerica.co.uk