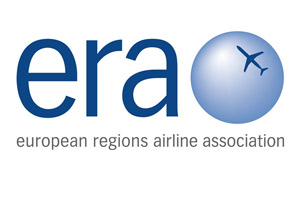 The head of the European Regions Airline Association (ERA) is to stand down later this year.

The board of the association has put in place a succession plan to appoint a new director general and McNamara remains committed to the association to help ensure a smooth transition.

McNamara said: “It has been a privilege to have spent the last five years as director general of ERA.
“The association has huge momentum and I will leave the role in the knowledge that ERA is stronger than it has ever been, delivering real results for members.”

ERA president, Boet Kreiken, added: “Simon McNamara as ERA’s director general has been effective in the further development of our association and to represent our vital interests in Europe’s regional air transport

“Given also the new circumstances and challenges in European aviation, our focus is fully dedicated to find and select the right successor to keep ERA thriving and growing.”

Flybe chief executive, Christine Ourmieres-Widener, said: “I am so pleased that Simon will be joining us later in the year to take up the key position as director of communications.

“He comes to us with a wealth of proven and very relevant knowledge and experience.

“As a highly motivated communications professional possessing a strong track record of delivery, he has established a solid reputation within the European regional aviation sector.”

McNamara saidd: “I am thrilled to be joining Flybe and to be able to bring my experience to the company.

“I have a passion for regional aviation and am very excited to be able to work with the team to further develop, position and communicate Flybe as Europe’s leading regional airline.”