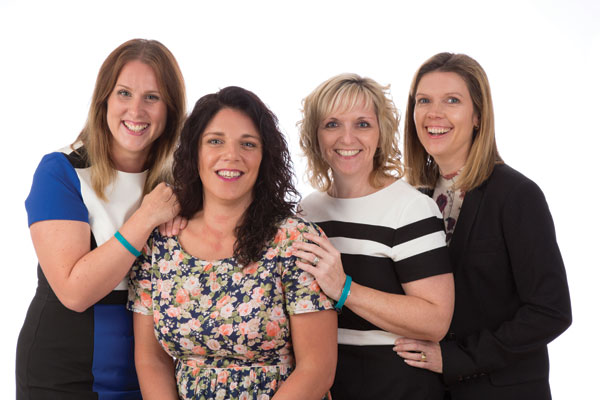 Meet The Travel Sense team: Melanie Saavedra; Fran Catling; Claudia Davenport and Laura King. These four mums, with 10 children between them, juggle work and parenthood. Founder Melanie talks about the business ethos and how the homeworking agency was inspired by her son’s medical condition.

Q. Why did you set up Travel Sense?
A. In July 2008, my son Emilio was born with metopic synostosis [fusing of skull joints too early]. His head was misshapen and he had surgery at Great Ormond Street to remodel it at 15 months old. This changed my career path. I planned to return to work as a high street agent but he needed a lot of care and hospital appointments. Then in April 2013, I found Emilio in bed one morning and he couldn’t speak; I thought he’d had a stroke. He was diagnosed with a separate, neuro-genetic condition Neurofibromatosis type 1. As a result, he’s had lots of seizures. Working for someone else is not possible. Homeworking was a good option.

Q. How did the business come about?
A. Laura (King) was a high street agent for 19 years and worked with me at Going Places. She’s got three children and was finding it increasingly difficult with childcare and asked if I was ever going to open my own agency. We formed a business plan and met Global Travel Group. Travel Sense is my business and we are self-employed homeworkers. Claudia (Davenport) and Fran (Catling) are friends. Claudia worked for Lunn Poly years ago, Fran worked for Virgin Holidays for a while.

Q. How do you support each other?
A. We work while the children are at school and cover for each other. If one of us has to make a call or booking just before 3pm, or if I have to go to hospital with Emilio, we send a WhatsApp message. We pick up each others’ kids from school and make calls for each other.

Q. How has the first year been?
A. I thought we wouldn’t be too busy – famous last words! The idea wasn’t to work full-time, although I have been up until midnight to do a booking. Eventually we’ll have a 9pm cut off. Around 80% of the business is by recommendation. Sometimes I’m at the side of the swimming pool making a booking while the kids are having a lesson. It’s tough, but it won’t be forever.

Q. What’s it like working with friends?
A. We said from day one there is a difference between friendship and business. Because we are self-employed, everyone is in charge of their own destiny. We run things past each other and don’t tread on each other’s toes. The girls have their own work numbers.

Q. What does the future hold?
A. As we grow we’ll need a more formal structure. The idea for me was to have something Emilio could do. We don’t know if he will ever be able to drive a car but it might be something he can do later in life – that’s in the back of my mind.