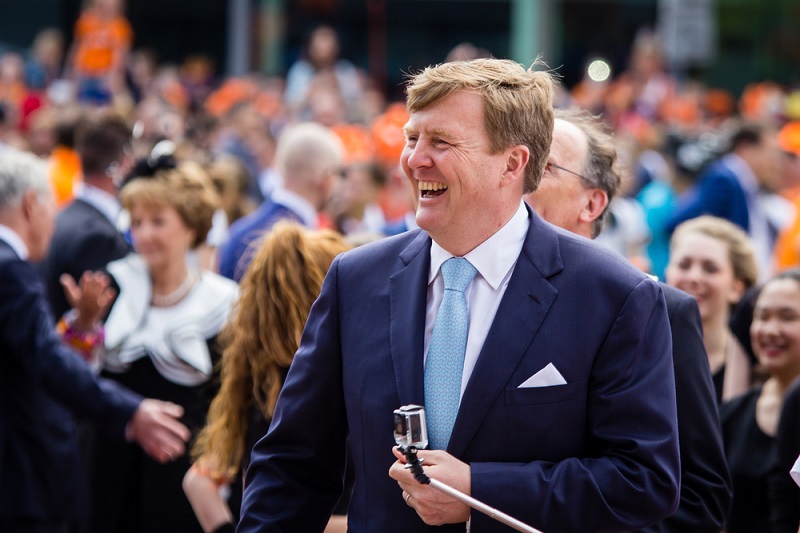 Dutch king Willem-Alexander has flown KLM aircraft incognito twice a month as co-pilot for 21 years, he has revealed.

He intends to carry on as co-pilot but will spend the coming months learning how to fly Boeing 737s.

Willem-Alexander, who acceded to the throne in 2013, has helped fly Fokker 70s on KLM Cityhopper services across Europe from Amsterdam, including the UK, Germany and Norway.

The Dutch government said last month that he had flown the aircraft for both the government and KLM Cityhopper, and that the aircraft was being replaced this year with 737s.

He told Dutch newspaper De Telegraaf that he never used his name when addressing passengers and was rarely recognised in uniform and wearing his KLM cap.

However, he admitted that some passengers had recognised his voice.

“The advantage is that I can always say that I warmly welcome passengers on behalf of the captain and crew,” he said. “Then I don’t have to give my name.”

Passengers were more likely to realise they were being flown by royalty before the September 11 attacks on the US in 2001 as the cockpit door was unlocked. But there was now less contact with the cabin, he said.

King Willem-Alexander appeared enthusiastic about his future prospects as a co-pilot, the BBC reported.

“It also seemed nice to fly to other destinations one day, with more passengers and bigger distances. That was the real motive for training on the 737,” he said.

The king explained that the most important thing for him was to have a hobby he could fully concentrate on and that flying was his biggest way of relaxing.

“You have a plane, passengers and crew and you are responsible for them. You can’t take your problems with you off the ground. You can completely switch off for a while and focus on something else.”

It was already known that he had appeared as a “guest pilot” before being crowned king, in order to maintain his pilot’s licence.