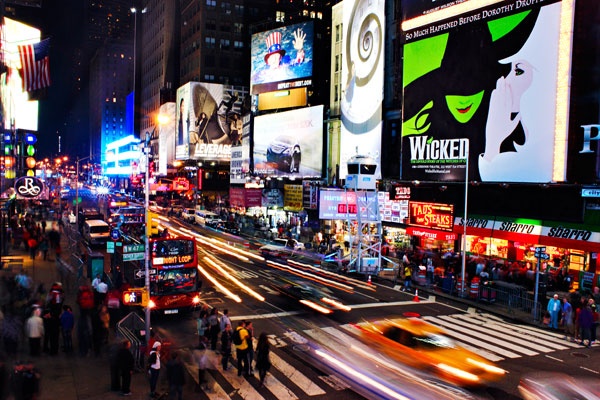 Authorities have ruled out terrorism as the motive for a driver ploughing through crowds at a packed Times Square in New York.

The man who drove a car along three blocks of pavement killing a teenage girl and injuring 22 people said he had “heard voices”, according to law enforcement sources.

The streets in Times Square were thronged with tourists when the car sped through the crowds.

The burgundy Honda jumped the kerb at 45th Street and Broadway at almost midday local time and drove at high speed for three blocks before crashing into a pole.

The incident evoked recent terrorist attacks by vehicle in London, Nice and Berlin but New York mayor Bill de Blasio said there was “no indication” it was an act of terrorism.

US navy veteran Richard Rojas, 26, who was arrested twice previously for drunk driving, is now in custody.

He also said he expected to die, the sources told AP news agency.

According to Reuters, he said after being arrested: “You were supposed to shoot me! I wanted to kill them.”