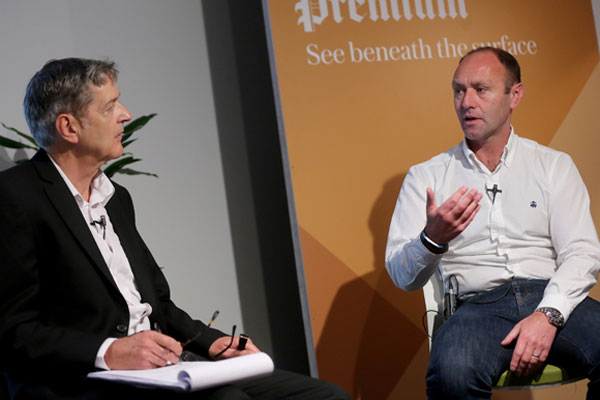 Jacobs said: “We’ll all just get on with it.” He told a Travel Weekly Business Breakfast: “We’re probably heading towards [restrictions] where all you can bring on the plane is a smaller smart device.”

“You will probably see a product for a laptop in the hold with insurance. People will do whatever they need to do. Devices might get stored in a different way and might be sent to the carousel first or come to a different place. It won’t stop business people travelling.

“The biggest issue will be for parents with kids wanting to watch Peppa Pig.”

The US banned devices “larger than a smartphone” in cabins on flights from 10 Middle East airports in March, reportedly following a plot to place explosives in an iPad.

The UK followed almost immediately with a ban on devices  bigger than 16cm x 9.3cm on flights from Turkey, Lebanon, Jordan, Egypt, Tunisia and Saudi Arabia.

Talks between the US Department of Homeland Security and US carriers last week led to warnings the ban would be extended to flights between Europe and the US.

A meeting between US and EU officials this week was followed by reports the ban would not extend to Europe, but these were immediately contradicted by news that US authorities are now considering a worldwide ban.

Australia’s prime minister confirmed on Tuesday that he was looking “closely” at a ban.