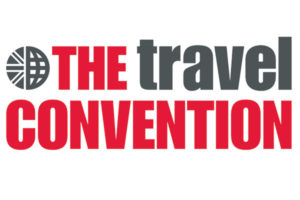 The Travel Convention in October could mark a watershed moment in the Brexit process, according to a leading political commentator.

Peter Foster, Europe editor of The Daily Telegraph, said: “We may have had a breakdown in negotiations by the time of the Convention or be looking to move to the next stage [of negotiations].”

Abta announced Foster will be a keynote speaker at the Convention this morning.

Foster warned: “There are real squabbles ahead. We’ll see tension between a more practical Europe and a Europe which thinks we need to be punished.”

He told Travel Weekly: “The EU says ‘Money first, talks later’. We say: ‘First, what are we going to get?’

“France and Germany are being hard-line at the moment and the EC is saying ‘If you are so hard-line, there is no way we’ll get a deal.”

Agreement between the EU and UK is required by autumn 2018 if Britain is to leave at the end of March 2019, he said: “We need a deal on Article 50 wrapped up a year after the Convention.”

Foster suggested an agreement to maintain flying rights between Britain and the EU “should be in everyone’s interests”.

He warned: “An aviation deal is definitely an issue. If you’re an airline and you are not sure you are going to be part of the single aviation agreement, how do you sell your fares?”

But Foster said: “If ever there was an area of common interest it is maintaining air links [between the EU and UK].

“It is not in Europe’s interests for flights to be grounded. You have to think an accommodation will be reached.”

He added: “There will be changes to the immigration system. But there is awareness in Whitehall of UK industry needs. There won’t be free movement – there will be a work points scheme. “

Today (Tuesday May 23) and tomorrow represent the last chance to enjoy the reduced early booking rate of £495. Registration fees increase to £585 from May 25.

Read more from Peter Foster in this week’s Travel Weekly, available from Wednesday.