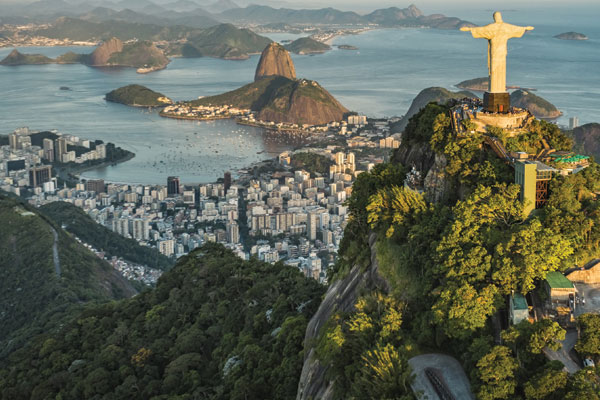 Brazil stirs up the passions, so there’s no better place for an adventure-moon, finds newlywed Hollie-Rae Brader.

Most honeymooners head to a dreamy beach setting for a week or two of pure relaxation, searching for a well-deserved break after the stress of planning their perfect day.

Yet there’s a lot to be said for an adventurous honeymoon too, which is why – having turned into a crazed wedding planner taking control of every aspect of our big day – I handed over the difficult decision of choosing our honeymoon destination to my soon-to-be husband. Not that I’d let him take the reins on planning the actual trip, but at least it would be his idea.

Last summer’s Olympic Games in Rio de Janeiro must have hit home with my better half, so feeling inspired by all those glorious shots of Sugarloaf Mountain, off to Brazil we went for a slice of Latin living, sunshine and adventure.

Some thought I was crazy to head to Brazil on a romantic getaway when fears over the Zika virus were still rife, although the Brazilian government has now ended its state of emergency, with cases down 95% this year compared with 2016. But we were undeterred, and with several cans of bug spray in our suitcases, we set off to sample some South American living.

We were keen to embrace Rio de Janeiro’s cultural delights and to enjoy some adrenaline-filled experiences at the awe-inspiring Iguaçu Falls, before winding down on a white-sand beach along the Bahia coast at the end of it all. So here’s how to craft a honeymoon to remember in Brazil. 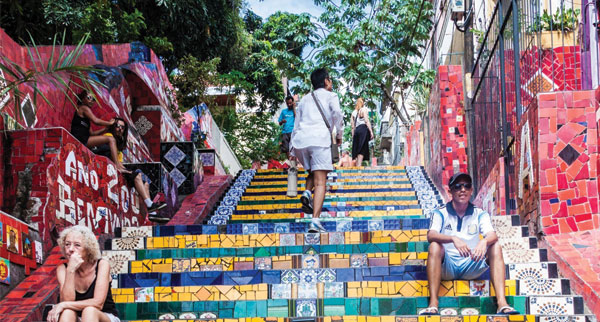 Sitting on top of Sugarloaf Mountain with my new husband, enjoying a delicious caipirinha as the sun sets over the beaches below us is the best possible way to start our married life, with the world at our feet and a lifetime of adventures ahead of us.

The best view of this sprawling city, which is home to more than 12 million people, is from up high. When we jumped into the cable car to the smaller peak of Morro da Urca, the skies were a little dubious, and we were nervous we’d picked the wrong day for a trip up Sugarloaf. But as soon as we stepped out of the second gondola, the sun began to dip slowly, jumping in and out of sight behind the clouds, creating a hazy pink and red sky around us. With views of favelas stacking up along the hillside and waves crashing into the Copacabana, there was no better place to be.

Almost 1.5 million Cariocas (Rio residents) live high on the city’s mountainsides in sprawling favelas. It’s a side of the city that was off limits to tourists for many years, and comes with its own set of ethical issues, but a pacification scheme means some are now safe enough to visit and ensures the locals benefit from tourism.

Our Urban Adventures excursion (£38 per person) takes us to Santa Marta, where locals guide us around a favela made famous for being the set of Michael Jackson’s They Don’t Care About Us video. Friendly residents asked about our wedding and we were even invited into one home for a cocktail or two – that’s Brazilian hospitality for you.

Christ the Redeemer also resides high above the city – on Corcovado Mountain in Tijuca National Park – and that’s where our Urban Adventures tour came to an end. It can get extremely crowded as droves of tourists take the pilgrimage to see Rio’s most famous resident, but it’s well worth the trip.

In true South American fashion, Rio de Janiero is simmering with passion and excitement. The locals embrace life, spending their free time in tiny bikinis on the beach or dancing the night away in the Lapa area, underneath the Carioca Aqueduct. It was under these arches, in the very early hours might I add, that in between rounds of cheap cocktails, a few locals attempted to teach my husband and I to samba.

It’s best to be on your guard around the Lapa area, as pickpockets target tourists. But we were still buzzing after hours spent enjoying the intense beat of samba music – the kind that causes vibrations through your entire body.

Stay: Copacabana Palace is an institution among visitors to Rio. This 239-room Belmond property is perfectly located on the beach from which it takes its name, and has hosted the likes of Ella Fitzgerald, Ray Charles and Nat King Cole. Prices start at £280 for a Superior City View Room, including breakfast. 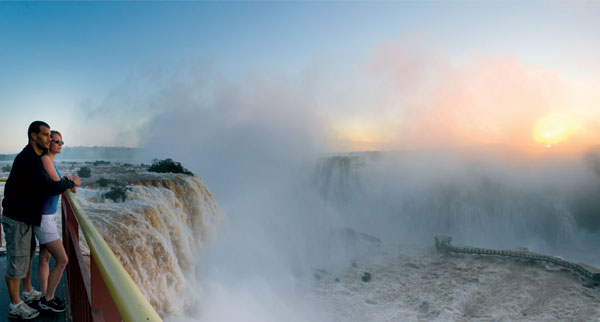 There’s something quite surreal – but utterly amazing – about being the only ones wandering around an entire national park. As we walked down to check out the view of Iguaçu Falls from Belmond’s Hotel das Cataratas, which sits on the Brazilian side, we soon discovered the joys of residing within the boundaries of Iguaçu Falls National Park – and this hotel is the only one able to make that claim.

Within minutes of leaving the property, we found ourselves at the foot of one of the area’s largest waterfalls. Completely unprepared for our jaunt down to the falls, our clothes were soon sodden. The strength of the water gushing from the Devil’s Throat (the top of the mightiest fall) left us looking like we’d dived in for a dip. With adrenaline pumping through our bodies, we were keen to explore the waterfalls by boat, and there’s nothing quite as exhilarating as having the full force of the water cascading overhead – even if the boat does feel like it might capsize at any moment.

Boat trips are available from both the Brazilian and Argentinian sides of the falls, each visiting different sections. Helicopter rides take off daily, offering a
very different perspective.

There are more than 270 waterfalls across a mile and a half – we tried to tot them up but soon lost count – and they vary from between 60 to 82 metres in height.

While the Brazilian side offers the best panoramic view of the falls, the Argentinian side, which is home to two-thirds of the falls, is better for exploring the area and its wildlife.

Getting there: The falls straddle the border between Argentina and Brazil, with airports on both sides. Regular flights are available from Buenos Aires, Rio de Janeiro and many other Brazilian airports.

Stay: If you want to be in the heart of the action, the Belmond Hotel das Cataratas is the place to be. A night’s bed and breakfast starts at £506 in a Junior King Suite. 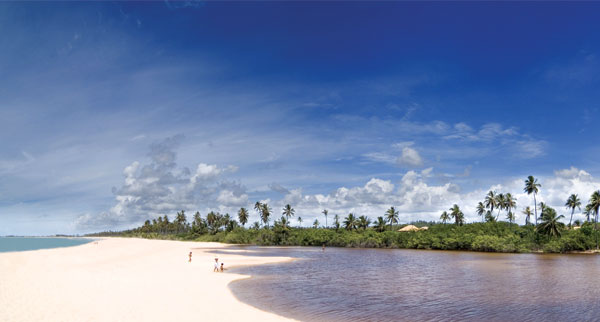 After the chaos and fun of Rio and adventures at Iguaçu Falls, we were ready to tick that classic honeymoon box, so off to the beach we went for a week of serenity. After receiving recommendations for beaches in the Bahia area, which has the longest coastline of any Brazilian state, we headed north of Salvador to the fishing village of Praia do Forte.

The main attractions are the palm-tree-lined white-sand beaches, but the tiny town is full of quaint boutiques and a wide selection of restaurants, with a tiny church at its centre.

The destination and the resorts are all eco-friendly and most properties are connected to Projeto Tamar, a countrywide organisation that protects sea turtles along Brazil’s coastline. The charity’s work can be seen at a turtle reserve in Praia do Forte.

The chilled-out way of life here was the perfect end to our honeymoon. But for those who can’t sit drinking cocktails all day, there are lots of opportunities for hiking, canoeing, biking and ziplining in the surrounding area.

Getting there: The closest airport is Salvador, which is accessible via Sao Paulo or Rio. The coast is extensive, and hiring a car from the airport is advisable for those keen to explore the area during their stay. Praia do Forte is about an hour from the airport.

Stay: Tivoli Ecoresort Praia do Forte has conservation at its heart, and is involved in a project to protect turtles born on its beach. The hotel underwent a multi-million-dollar refurbishment last year after the brand was bought by Minor Hotels. Rooms start at £329 per night on a half-board basis.