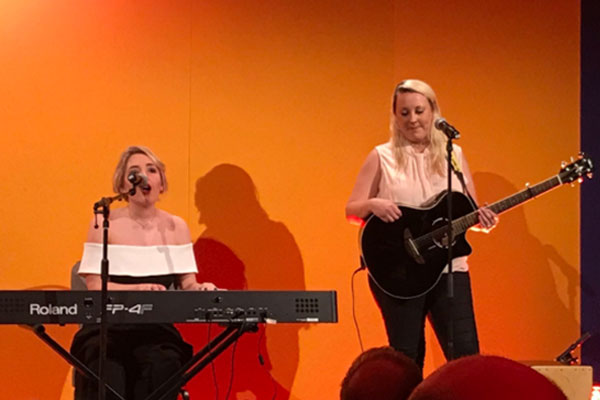 Two agents from Cruise 118 were crowned the winners of the Princess Cruises variety show sing off held at the Clia Conference in Southampton.

Duet Sara Creeney and Lauren Wood sung a version of Ed Sheeran’s Castle on the Hill, with live performances on guitar, percussion and piano.

The pair were part of Team Lucy, led by Travel Weekly’s Lucy Huxley, editor-in-chief, in a battle against Clia’s Andy Harmer and Princess Cruise’s Tony Roberts.

The three acts performed to an audience of agents and suppliers, with a public vote eventually deciding the winner.

Lauren Wood, said: “We are totally shocked at winning, we would like to thank everyone who voted and also the incredible time we have spent with the other ladies competing in the competition.”

The duet from Chorley dedicated their performance to the victims of the terror attacks in Manchester and performed to a standing ovation.

Special appearances were made during the second day of the conference by television presenter John Craven, sales speaker and comedian Marc Hogen and Stuart Leven, Clia chairman and Royal Caribbean International vice president for Europe, Middle East and Africa.