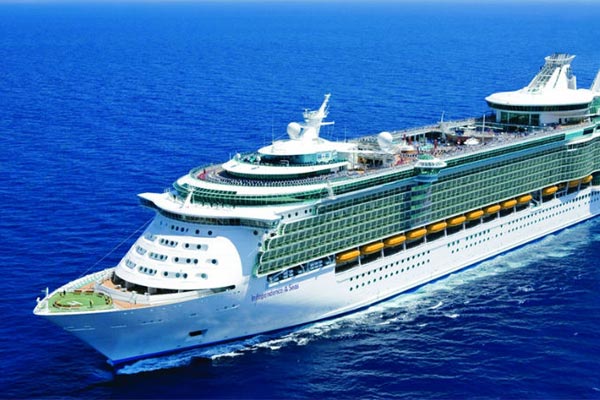 Royal Caribbean is taking all agents attending the Clia Conference on a two-night sailing on Independence of the Seas next May.

The trip on the ex-UK ship was revealed to agents on day three of the Clia Conference in Southampton.

More than 400 agents will stay on the ship on May 13 – 15 out of Southampton after its five week refurbishment next year.

Ben Bouldin, director of sales said: “The trip is available to all agents who attended the Navigator of the Seas ship on the final day of Clia’s annual conference.”

The pair said the success in sales of Independence of the Seas, which homeports in Southampton and is due to be refurbished later this year, could determine a new ship coming to the UK.

Smith said: “You have to be in love with the ship and product you have already got before you can covet another new ship.

“The revitalisation of the ship will be the real discovery of the position the British market has for Independence and if future deliveries of ships should also home port here.”

In April agents were given the chance to enter Royal’s #MyIndy competition to design a new feature on board the Independence of the Seas.

The winning agent and new feature for the ship will be announced next month.