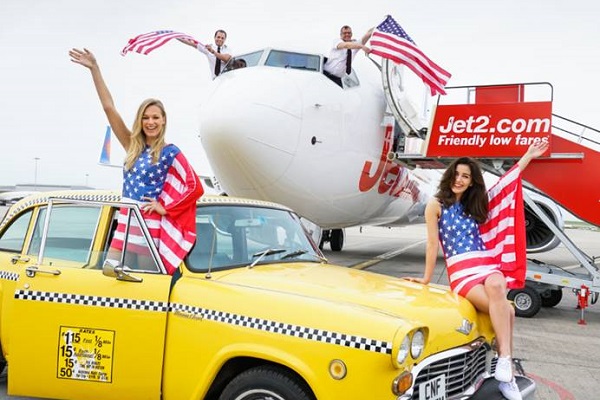 Jet2.com and its city holidays arm Jet2CityBreaks have launched four trips to New York departing from Stansted this winter.

The operator’s packages – which land at Newark Liberty airport – will be based around shopping, pouncing on Black Friday deals and celebrating Thanksgiving in the Big Apple.

It makes Jet2.com the only airline to fly direct to New York from London Stansted, where Jet2.com opened a base in March.

All four-night trips, whch include flights on board a 327-seat Airbus A330, are on sale now, from £699 per person. Flight-only options are available from £299.

Jet2.com’s full New York programme for winter 2017 is as follows:

Steve Heapy, chief executive of Jet2.com and Jet2CityBreaks said: “We are delighted to be launching our popular New York trips from London Stansted Airport this year, making us the only airline and tour operator to fly directly to the Big Apple from the airport.

“With our flights and holidays programme performing exceptionally well from our new base, we expect the same level of popularity for these trips. With Thanksgiving and Black Friday in the New York up for grabs, these trips-of-a-lifetime offer something very special for everyone!”

London Stansted Airport’s chief executive Andrew Cowan added: “The airline has had a fantastic start since launching here in March and this boost clearly demonstrates the strength of demand that exists across the East of England and London.

“The airport has not served the Big Apple since 2008 so we are all absolutely thrilled to have it back on our destination boards. I’m sure these great value flights will prove to be another huge hit with passengers.”