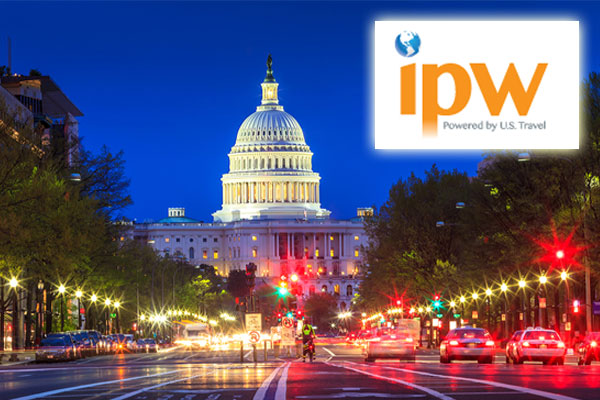 International visits to the US in April rose year-on-year, despite Donald Trump’s controversial attempts to impose a travel ban on visitors from six predominantly Muslim countries.

The surprise figures were released by the US Travel Association at the IPW conference in Washington on Tuesday.

Due to the average time between search and travel, the April figures are seen as the first to reflect any fallout from the president’s executive orders, which were first issued on January 27.

Despite the overall positive outlook, visits from Europe and the UK were down, with 6.1% fewer UK visitors compared to the same month in 2016.

USTA chief executive Roger Dow admitted the results of the association’s Travel Trends Index had come as a surprise and said that, while encouraging, they should not be taken for granted.

“We remain concerned that the American brand is in trouble and we need to make sure that brand is not tarnished,” he said.

“The administration must be loud and clear that America is closed to terror but open for business.”

Dow said the USTA had made significant steps in representing the industry’s cause within the Trump administration, and said the association hoped to be able to present a strong business case directly to the president as it was able to with Barack Obama.

“This isn’t the first time we have needed to change the perception of an administration,” he said.

“This president has a tendency to talk fast, but he is a businessman, he is smart and we will help bring him around.”

He added: “Can I change the rhetoric? It may take a while to get there, but we will get there.”

In addition to fighting the case to retain marketing organisation Brand USA and ensuring America is still seen as a welcoming destination, Dow highlighted transport infrastructure and particularly aviation improvements as a key priority.

On Monday, president Trump announced plans to privatise American air traffic control, with Dow admitting that antiquated systems and airports had led the US to fall “further and further” behind the rest of the world.