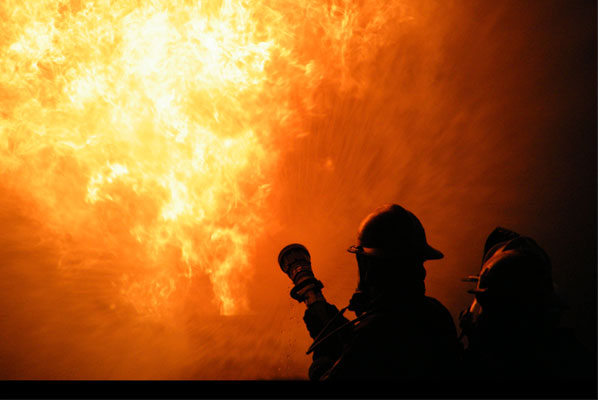 A Foreign and Commonwealth Office alert has been issued following devastating forest fires which have killed more than 60 people in Portugal.

Hundreds of firefighters are continuing to tackle a series of blazes on several fronts.

Portuguese Prime Minister Antonio Costa called it “the greatest tragedy we have seen in recent years in terms of forest fires”.

He said the fire in the central forested region of Pedrogão Grande was thought to have been sparked by a lightning strike on Saturday during an intense heatwave and rainless thunderstorms, with temperatures of more than 40C in some areas.

Four firefighters are among the 54 people injured in the blaze, which is raging in several parts of a mountainous area some 200km north-east of the capital Lisbon.

Emergency service workers were battling 156 fires across the country on Sunday, Costa said, adding that most of the victims had died in just one of them.

Secretary of state for the interior Jorge Gomes said that most had died from smoke inhalation and burns, while two were killed in a road accident related to the fires.

The FCO said: “A large forest fire has so far claimed the lives of a number of people in the Pedrogão Grande area of central Portugal.

“Other smaller fires have also been reported elsewhere in the country due to high temperatures in recent days. Take care when visiting or driving through woodland areas and report fires to the emergency services on 112.

“Avoid travelling to the areas affected by forest fires until the authorities confirm that it is safe to do so.”