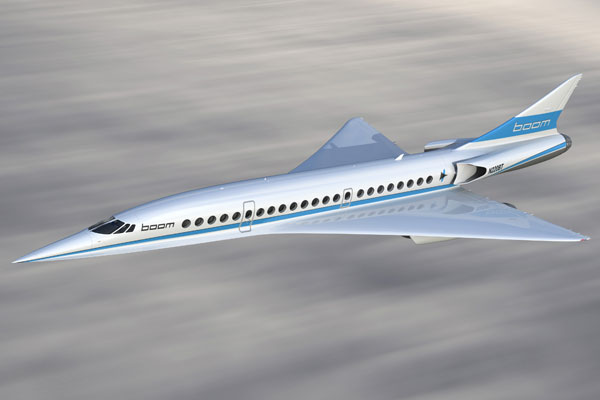 Five airlines are reported to be backing plans for a new supersonic passenger aircraft.

The five have reserved 76 of the successor to the Concorde, according to Blake Scholl, founder and chief executive of Boom Aerospace.

One of the five has gone public with support. Virgin Atlantic has an option on the first 10 aircraft the company builds.

Concorde was taken out of service in 2003 after 27 years of commercial flights at more than twice the speed of sound.

US-based Boom is using a two-stage process for its vision of reviving supersonic commercial air travel.

The first step is to develop a small aircraft called the XB-1 ‘Baby Boom’ to validate the technologies for flying faster than the speed of sound.

Boom will first need to prove these work if it is to proceed with a full-size 45 to 55-seat airliner.

The small two-seat model is due to assembly this year to fly late in 2018, Scholl said at the Paris Air Show.

The company has so far raised $41 million, which Scholl said will get the XB-1 airborne for the first time.

“The airlines that are placing reservations with Boom now are putting real money against them, not small amounts, significant amounts of cash,” Scholl said.