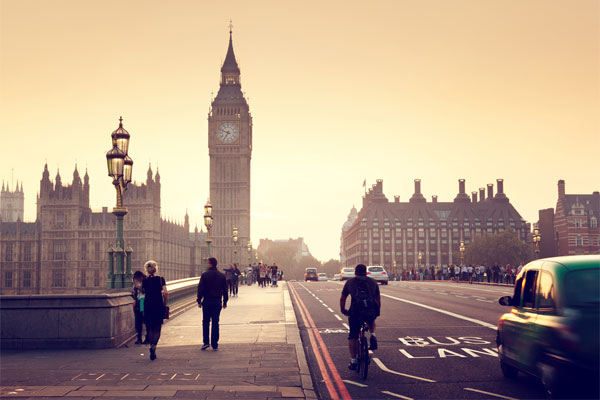 Forward bookings for travel to the UK in the summer peak remain healthy despite a series of terrorist attacks in London and Manchester.

Advance bookings for trips to London in July and August were up 12% at the end of last week compared with the same point last year.

This compared with bookings being 16% higher before the London Bridge attack earlier this month.

Flight bookings by overseas travellers to the capital fell 12% in the first week after the London Bridge and Borough Market attack, according to travel data firm ForwardKeys.

Bookings remained down 5% year-on-year in the second week following the attack.

Inbound bookings to London also dropped 3.5% in the week after the bombing of a concert in Manchester.

Olivier Jager, chief executive of ForwardKeys, told the Financial Times: “One needs to bear in mind that even though we have seen something of a slowdown in bookings for the UK in recent weeks, the forward booking situation for July and August remains extremely healthy and there has been a sustained positive trend in bookings for the UK throughout the year, so [we] remain bullish on the UK’s tourism performance in summer 2017.”

Airlines and hoteliers reported that tourists were being drawn to the UK in huge numbers at the start of the year, helped by the fall in the value of the pound following last June’s Brexit vote.

Alison Brittain, chief executive of Premier Inn owner Whitbread, told the newspaper: “The normal course of events, when there are big issues in a city, is to see a drop-off.

“The key is really how quickly does it rebound. If I take Westminster and Manchester as an example, both of those saw a drop in the days following the attacks and then a very rapid rebound. Manchester, in particular, is in a very strong position for us.”