There are certain parts of the world where you can’t quite escape the clichés, and southern France is one of them – in a good way. Topaz waters, twinkling harbours, elaborate chateaux and gold-sand beaches characterise this majestic region, where everything looks pretty much as it does on the postcard – superyachts included.

That’s not to say it’s all one and the same, however. From the pristine coastlines of the Côte d’Azur to the rolling vineyards of the Gironde, the quaint villages of Provence to the dramatic peaks of the Pyrenees, the region is as diverse as it is seductive.

That means there’s something to suit just about every client you encounter, and from adventure-seeker to beach lover, spa goddess to wine guru, it’s got all bases covered. 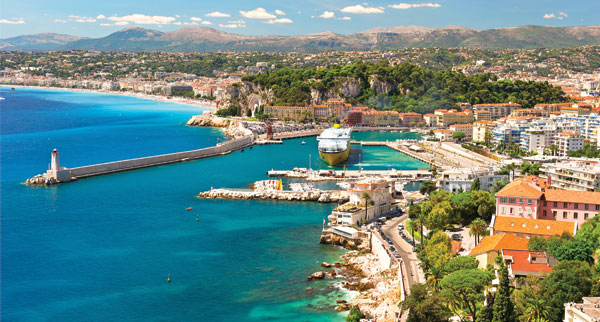 For cultural treasures and gentle wanders, nothing quite beats the French Riviera and its iconic, star-studded cities. Museums, boutiques and art galleries fill the likes of Nice, Cannes and Saint-Tropez – recommend the Matisse Museum for those heading to the first – but it’s worth looking outside the cities too.

“The village is a wonderful choice for guests wishing to enjoy some delicious French cuisine,” says Beth Loft, sales and commercial executive at Novasol. “It is also scattered with art galleries, and the views from the village are breathtaking.” Picasso spent 12 years of his life here and, with its historic stone chapels and verdant scenery, it’s not hard to see what kept him.

Elsewhere, St Paul de Vence, another fortified medieval village, is recommended by Graham Balmforth, national sales manager at Super Break. It is set between two valleys and is easily reachable on a day trip from Nice. Art and craft shops line its historic lanes, while the castle offers excellent views over the surrounding stretches of green.

North of Provence is Lake Annecy, an idyllic expanse of opal encircled by quaint, slow‑paced villages such as Menthon – home to an 11th-century, fairytale-style castle – and Talloires, where boat trips, horse rides, golf courses and a large nature reserve, Roc de Chère, are all found. 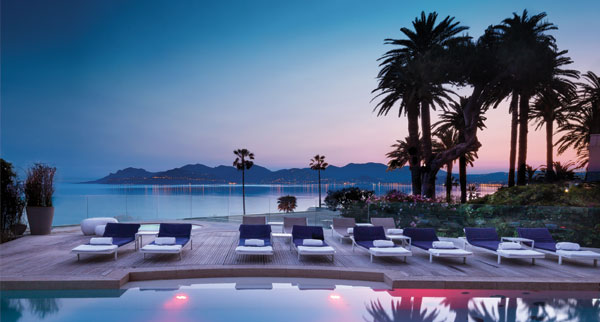 It doesn’t have to be about being on the go, though; for clients wanting more relaxation, suggest a spa resort.

The four-star Radisson Blu 1835 Hotel & Thalasso in Cannes is home to the biggest marine spa in the French Riviera. Algae body wraps, sea salt treatments, seawater swimming pools and other thalassotherapy services are available, alongside coffee scrubs designed to rejuvenate, and the hotel is ideally located right by the old town.

For something a little more secluded, suggest Saint Endreol Golf & Spa Resort. Spread across 370 acres of hillside, it is home to an internationally renowned 18-hole golf course. Its spa is huge, offering balneotherapy rituals, hot stone massages and other treatments, and its position in the heart of the Provencal countryside makes it an ideal place for those wanting to properly unwind. 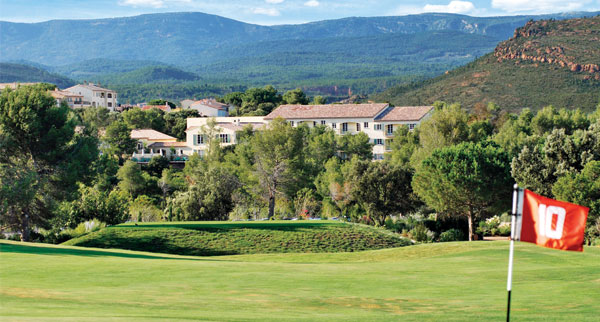 It would, of course, be sacrilege to visit southern France without exploring the region’s wine heritage, so for clients after a tipple or two, suggest the Gironde region around Bordeaux.

Straddling the Garonne River, the area produces the highest concentration of fine wines in the world, so for would-be connoisseurs recommend a wine tour in the region. A Taste of Bordeaux with Back-Roads Touring combines vineyards with art, culture and other explorations; guests will wind their way through Biarritz, Bayonne – a historic fortified city known for its art, history and cuisine – Carcassone and beyond, before reaching the Unesco-listed town of Saint Emilion, home to an underground  church and art galleries alongside its iconic wineries.

Or for an alternative way of seeing the same region, suggest a relaxing river cruise. Uniworld, Viking River Cruises, AmaWaterways and Scenic all combine vineyard tours and tastings in the Médoc region with time on the water, stopping at various iconic chateaux along the way.

For something a little different there’s CroisiEurope’s eight-day Biking Along the Gironde cruise; think gentle cycle rides interspersed with ample time for appreciating the wine and sitting back on the ship. Roman ruins, winding rivers and bike rides along the Atlantic coast are all on the agenda, as is a stop at Cap Ferret, famed for its oyster farms.

If the idea of being on the water appeals, a sun-kissed sailing trip might be just the ticket. The French Riviera is one of Europe’s yachting hotspots, but for those who aren’t blessed with their own multimillion-pound private yacht, Intrepid Travel has the next best thing in the form of its eight-day Côte d’Azur Sailing Adventure.

Starting in Nice, passengers will meander to Cannes, Saint-Tropez, Cavalaire-sur-Mer and the pine-forested Iles d’Hyeres, before ending in Marseille, the oldest city in France, dominated by the iconic Basilique Notre-Dame de la Garde. 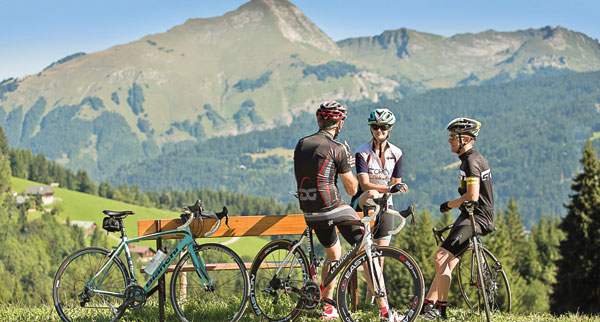 For clients itching to get out and about, though, look to the likes of Morzine and Chamonix, says Melvin Westlake, Inghams product manager for France. “They are unbeatable Alpine destinations, surrounded by dramatic peaks and fantastic biking opportunities,” he says.

Rafting, horse riding, paragliding, climbing and parapenting are all available in the area too, and Chamonix has its own adventure park, complete with toboggans, trampolines, electric motorcycles, a zipline and several other attractions.

But for some slightly less hardcore biking, look further south to the Camargue. This natural park, known for its flamingos, white horses and salt marshes, is a magnet for cyclists as much as it is for birdwatchers. Suggest Inntravel’s self-guided Impressions of the Camargue for those wanting to see it all first-hand.

Of course, where southern France really excels is off-shore. For water sports enthusiasts, John Escott, sales and partnerships manager at Al Fresco Holidays, recommends the southwest region on the Atlantic Riviera, home to world-renowned surfing hotspot Biarritz. “There are water sports centres all along the coast, with lessons for beginners as well as guidance for those with a little more experience,” he says.

For clients after a budget-friendly accommodation option, the family brand’s Yelloh! Village Sylvamar ticks all the boxes. Located less than a mile from the beach and close to a surf school, it has a large waterpark and indoor pool for kids alongside a comprehensive sports programme and varied roster of evening entertainment.

Sailing and surfing are the two biggest draws in the area, with nearby Hossegor rated among the best surfing spots in the world, but clients can also try windsurfing, kite surfing, canoeing, sea kayaking and plenty more while they’re there. 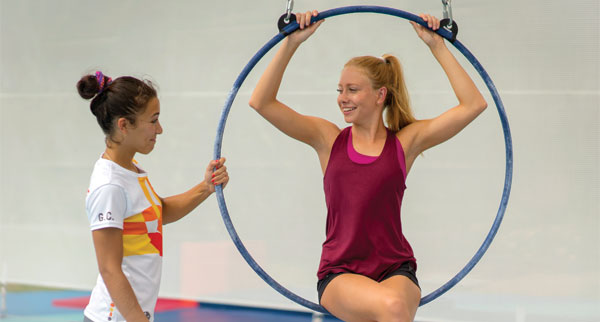 Over in Languedoc-Rousillon there’s plenty to keep active types occupied too. Eurocamp’s La Sirène Campsite makes a good base for families looking to try some of them, with scuba diving, windsurfing and kayaking all available alongside land activities such as horse riding, cycling, trampolining and archery.

But for families after an all-inclusive break, suggest Club Med’s Opio en Provence. It’s handily located close to Cannes and Grasse in the French Riviera and there’s a sprawling golf course alongside various kids’ clubs.

The real draw though is its unique Creactive by Cirque du Soleil programme, which aims to teach families everything from trampolining to juggling, tightrope walking to the trapeze, with dancing, percussion and other activities on offer for anyone aged four and up. Proof southern France isn’t only about the super yachts.

“The south of France offers a wide range of landscapes and activities. Clients who are happy to soak up the sun on the glamorous beaches of Saint-Tropez or those who want to go hiking, biking and exploring the mountain ranges will be equally well catered for. The historic cities and architecture of Nice, Cannes and Marseille are great for history lovers, while the scenic harbours offer the perfect place to relax and watch the world go by. The natural beauty of the countryside can be enjoyed on an all-day bike ride or equally on a leisurely stroll.”

Four nights’ B&B at the Radisson Blu 1835 Hotel in Cannes costs from £749 with Jet2holidays, flying from Leeds Bradford on  September 25.
trade.jet2 holidays.com