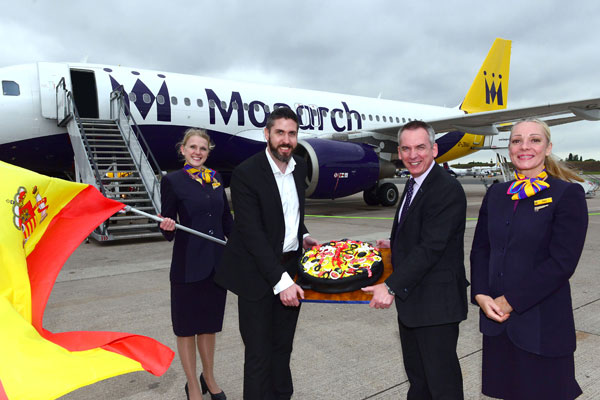 Four new routes from are being introduced as Monarch expands its network from Birmingham airport.

The airline will fly to Valencia, Split, Naples and Rhodes this summer.

The inaugural flights follow the start of services to Stockholm and Porto in April with the airline now flying to both destinations three times a week.

Monarch is also adding a Boeing 737 NG aircraft to its fleet at Birmingham. The first flight by the aircraft will be on June 29 to Rome.

It will also be a used for flight crew training purposes ahead of the delivery of the first new Boeing 737 MAX 8 in April 2018.

The new summer schedule from Birmingham sees Valencia, Naples and Split served twice a week with weekly flights to Rhodes.

Monarch chief commercial officer Ian Chambers said: “Monarch is the only airline to fly to both Split and Valencia from Birmingham Airport.

“We’re really pleased to be flying a greatly expanded programme from Birmingham for the summer with more city and beach destinations. It’s also really exciting to welcome the Boeing 737 NG aircraft to the fleet for the busy summer schedule ahead of the first of our new 737 Max 8 aircraft arriving in April next year.”