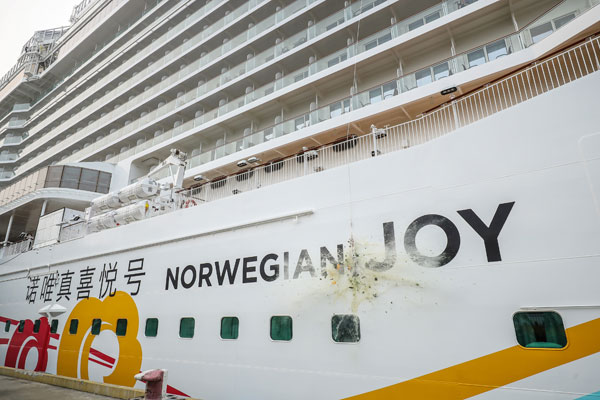 The 3,883-passenger Norwegian Joy is the first cruise ship to feature a two-level go-kart track.

The christening marked the end of a month-long grand inaugural tour where the 167,725–gross-ton ship was showcased in Singapore, Qingdao, Shenzhen and Hong Kong, as well as VIP partner cruises from Norwegian Joy’s homeports of Shanghai and Tianjin.

Norwegian Cruise Line Holdings president and chief executive Frank Del Rio said: “After years spent carefully designing this amazing vessel, my team and I are both proud and thrilled to finally christen the world’s first cruise ship custom-designed for the wonderful people of China.

“This is truly a special moment for the entire Norwegian Cruise Line Holdings family, our valued travel partners, honoured guests and dedicated officers and crew across our fleet.”