The Middle East has set its sights on cruise, reports Jane Archer.

It’s not every day you see a meerkat astride a camel in London’s swanky Jumeirah Hotel, but there’s a first time for everything.

OK, neither was the real deal, but they were life-like enough to get folk in a Middle East mood as P&O Cruises revealed to the trade that it was basing a ship in Dubai for winter 2019.

It’s a big step for P&O Cruises, which has long extolled the virtues of sailing from the UK, but an even bigger coup for Dubai, which has set its sights on becoming cruising’s answer to Miami in the Middle East. Its port handled around 650,000 cruise passengers last winter, up from just 250,000 in 2009, and is targeting one million by 2020. 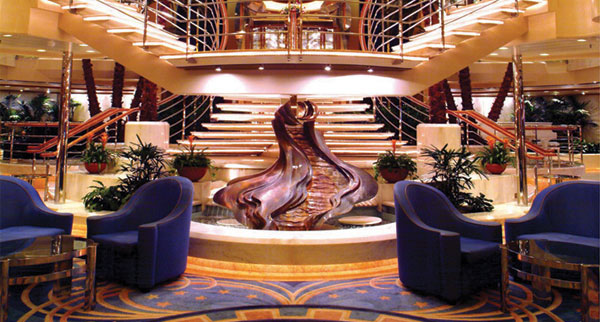 Costa Cruises set the Middle East cruise ball rolling when it launched one-week sailings around the Arabian Gulf in winter 2006. Since then, the region has had mixed fortunes with other cruise lines basing ships there but then pulling out due to unrest at the time of the Arab Spring.

Cruise lines are still coming and going (Thomson Cruises was there last winter but is not going back; Royal Caribbean International has pulled out for a second time) but several are sticking with it, either basing ships in the region over winter (it gets too hot in summer, with temperatures sometimes topping 50C) or offering one-off voyages around the Gulf as part of longer cruises to Asia or the Indian Ocean.

Silversea Cruises, for instance, has a 15-day voyage from Dubai in December that cruises the Gulf before sailing to Mahé in the Seychelles. Regent Seven Seas Cruises’ Seven Seas Navigator is circling the Gulf in 2019, calling at Oman, Abu Dhabi, Dubai and Fujairah, as part of its journey around the world. And Cunard and Princess Cruises are overnighting in Dubai on their 2018 world cruises.

Whichever cruise line clients choose, they will discover an exotic alternative to the Mediterranean, Norwegian fjords and Caribbean, with camels, desert safaris and souks among the attractions. 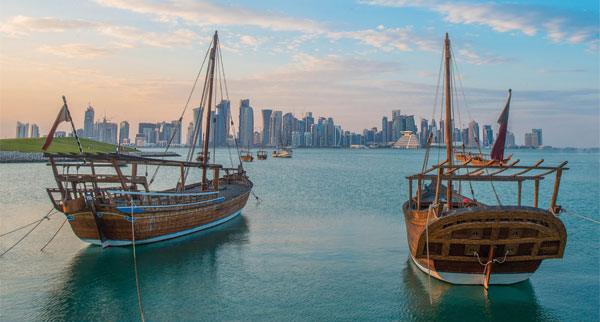 Arabian Gulf cruises that start and end in Dubai or Abu Dhabi range in length from seven to 14 nights and usually call at other states in the United Arab Emirates as well as Oman and Bahrain. Exceptionally, Celebrity Cruises, which made its Middle East debut last winter, pairs the Arabian Gulf with the ports of Cochin, New Mangalore, Murmagoa and Mumbai on India’s west coast.

The cruises are on Celebrity Constellation round-trip from Abu Dhabi between November 2017 and January 2018, and again in November and December 2018. Most include an overnight call in Dubai and a day in Muscat in Oman. From £899 per person cruise-only for 12 nights departing December 2017.

P&O Cruises’ new voyages are on Oceana. There are just five departures for the debut year, all 10 nights, and variously visiting Abu Dhabi, Bahrain, Fujairah and Oman. All include an overnight in Dubai at the start or end of the trip and a day in Sir Bani Yas Island, where attractions include a nature reserve that’s home to cheetahs, giraffes, flamingos and other wildlife. Passengers can also go horse riding, mountain biking, hiking and snorkelling.

P&O Cruises senior vice‑president Paul Ludlow expects the Gulf to attract people who have never cruised, but also reckons past passengers will be drawn by the prospect of going somewhere exotic knowing they have the safety and security of P&O behind them.

“We fully expect to fill these [five] cruises in the first year, enabling us to expand to many more after that,” he says.

MSC Cruises tiptoed into the Middle East with its older tonnage but is now basing one of its biggest ships in the region.

MSC Splendida is offering two seven-night itineraries between December and March 2018 and 2019 that passengers can join in either Dubai or Abu Dhabi. One calls at Abu Dhabi, Sir Bani Yas Island, Muscat in Oman and Khor al Fakkan in Fujairah, and ends with an overnight stay in Dubai. The other sailing replaces calls in Oman and Fujairah with Doha in Qatar and Manama in Bahrain. The two itineraries can be combined into a 14-night holiday. Prices start from £1,049 for one week from Dubai departing January 6, 2018, including flights.

Since launching its Middle East cruises, Costa has increased and cut capacity, and this winter has one ship there sailing seven-night cruises that visit Abu Dhabi, Muscat and Sir Bani Yas Island.

Azamara Club Cruises has a 10-night voyage from Dubai in November that visits Oman, Bahrain, Qatar and Abu Dhabi, from £1,731 cruise-only. It is back in the emirate with one-off cruises in October 2018 and November 2019. 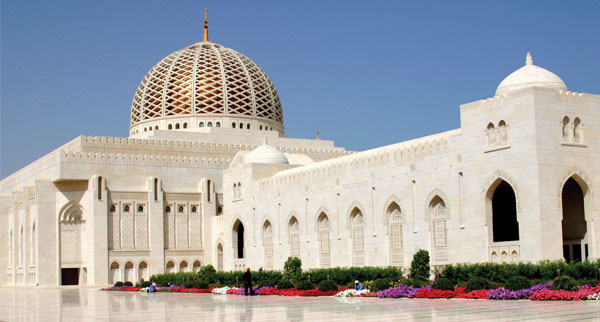 Clients considering an Arabian Gulf cruise are probably thinking their days will be filled with desert safaris and souk shopping. There are plenty of opportunities for both, but more besides, especially in Dubai and Abu Dhabi. The latter, dubbed the Manhattan of the East on account of the sparkling skyscrapers that line its waterfront, has the Ferrari World theme park, with rollercoasters, go-kart rides, shows and even the chance to drive a Ferrari; and Yas Waterworld, said to be the world’s largest water park.

Away from the thrills, Sheikh Zayed Grand Mosque is definitely worth seeing. P&O will be visiting the mosque on a four-hour city tour; its passengers can also take tea at the grand Emirates Palace Hotel or join a seaplane ride over the emirate.

From Fujairah, one of the seven emirates of the UAE, popular excursions visit the beach; in Muscat, the capital of Oman, tours take visitors to the 17th-century Nizwa and Jabrin forts and on dolphin-watching cruises. City tours take in the Sultan Qaboos Grand Mosque, the souk and the sultan’s Al Alam Palace.

In Doha – which remains in cruise itineraries despite its recent political turmoil – passengers can explore the city and souks, take a trip to the beach or admire the skyscraper skyline on a traditional dhow sailing. On MSC Cruises’ five-hour Qatar cultural tour they will see racing camels being trained and discover art and history at the Sheikh Faisal Bin Qassim Al Thani Museum, one of the biggest private museums in the world.

Most itineraries include at least two days in Dubai because there is so much to do in the emirate, from riding the world’s fastest lift to the 124th floor of the Burj Khalifa, the world’s tallest building, to splashing down the flumes in Wild Wadi Waterpark. 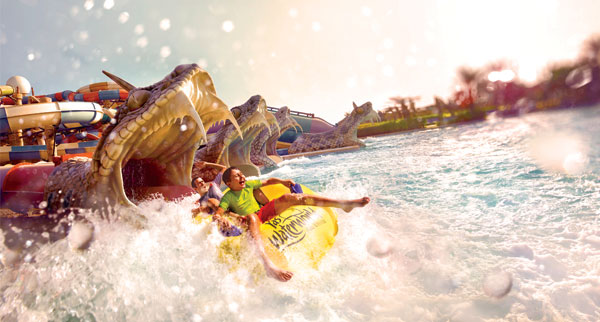 Visitors can also take afternoon tea on the 27th floor of the Burj Al Arab hotel (about £130, advance bookings required), or shop their way around the 1,200 outlets in the Dubai Mall, where there is also a full‑sized ice-skating rink and the largest aquarium in the world, where they can even snorkel with sharks.

The man-made Dubai Canal is one of the newest attractions. The two-mile towpath alongside the waterway connects Business Bay with the Persian Gulf and is perfect for walking or cycling.

And then there are the desert safaris. These are offered at ports all around the Gulf but at their best in Dubai, where 4×4 jeeps take passengers on rollercoaster rides through the sand dunes (great fun but not recommended for those with weak stomachs). Afternoon trips end at a Bedouin-style camp in the desert with short camel rides, sandboarding, a barbecue and belly-dancing.