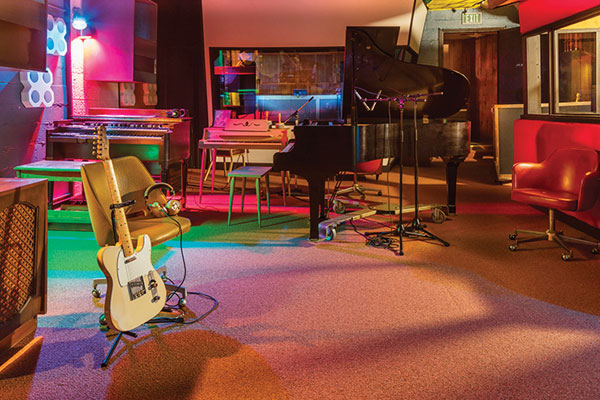 It only takes the twang of a guitar string to get in the Nashville country-music mood, the quiver of a lip and an ‘uh‑huh-huh’ to know it’s Elvis, and Aretha need only belt out an ‘R’ at the top of her voice before we can tell we’re about to get a lesson in respect.

So iconic are America’s greatest music genres – from jazz and rock’n’roll to hip-hop and R&B – they have become part of the cultural fabric on this side of the pond too. And with a bit of know-how, music can go from pleasant pastime to potential money-maker – just look at the phenomenal success of music-themed tours around the Deep South for proof of how lucrative these bookings can be.

If you want to sprinkle a little musical magic over your next US booking, check out these noteworthy experiences, which are bound to be a hit with clients. 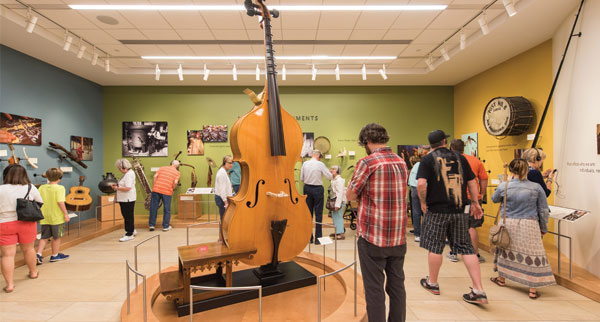 If the word ‘museum’ doesn’t exactly instil excitement in your music-loving clients, lead with the fact that this Phoenix attraction features artefacts from artists as diverse as Taylor Swift and Johnny Cash, via Adam Levine of Maroon 5 fame – whose rare Ibanez electric guitar is on display – plus the piano on which John Lennon composed Imagine and vintage material from country star Dolly Parton.

It’s a real treasure trove of musical history with more than 12,000 instruments from around the world, and audio headsets so visitors can hear their chosen exhibit as they view it. But it’s not just for oldies – this is the perfect place to bring budding musicians in search of inspiration. The Experience Gallery lets even the youngest children take their turn at banging African drums or strumming a Burmese harp, while older ones can go behind the scenes in the Conservation Gallery to see experts restoring historic instruments using authentic materials.

Book it: Viator offers pre-bookable self-guided tours of the museum from $20 for adults, $15 for teenagers and $10 for four to 12-year-olds.
viator.com 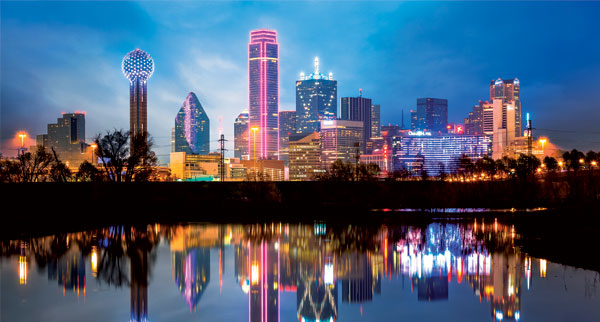 Honky tonk music is one of those genres that defies definition, bringing together influences from country, ragtime and ‘hillbilly’ music into one distinctive sound. The term originated in Fort Worth, so where better to experience it live than in Billy Bob’s Texas, the largest honky tonk bar in the country?

Once a 100,000sq ft department store, the building was taken over in 1980 by Billy Bob Barnett and Spencer Taylor, picking up on the urban cowboy craze to open a bar promising line dances, live bull-riding and, most importantly, live music from some of the best country bands. It went on to play host to the likes of Johnny Cash, Chuck Berry and Garth Brooks, and was a regular fixture on American TV each New Year’s Eve.

While it still draws in big names from the country world, the best time to visit is for line-dancing lessons each Thursday night or bull riding on Fridays and Saturdays. Saga includes a line-dancing session here in its Texas tour, alongside a visit to another music capital, Austin.

Book it: Saga’s 13-night Deep in the Heart of Texas tour starts at £3,099, departing May 9, 2018. The price includes British Airways flights from Heathrow, all breakfasts and one dinner, VIP door-to-door pick up, transfers and tour manager.
travel.saga.co.uk 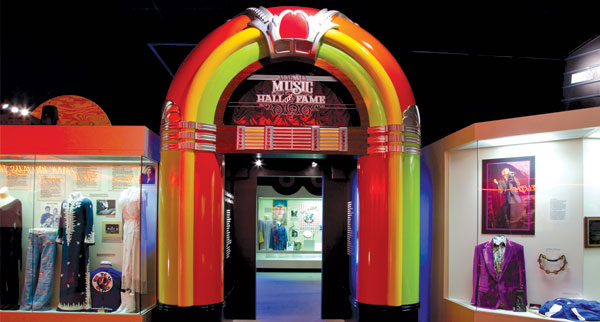 You know a studio has done some pretty serious business when it can count the Rolling Stones, Bob Dylan, Rod Stewart, Aretha Franklin and Lynyrd Skynyrd among the artists to have recorded there. Cher took it so much to heart that she named an entire album after the studio address, 3614 Jackson Highway. It’s also where the Stones recorded Brown Sugar and Wild Horses for their landmark album Sticky Fingers.

Yet this venue was only partially open to the public until a huge renovation effort – sparked in part by a documentary, Muscle Shoals, looking at the studio’s influence on the sounds of the 1970s – helped raise the funds needed for refurbishment. It reopened in January and was named the Alabama Tourism Department’s attraction of the year. It now acts as something of a time warp, showcasing the same period colours and furnishings as when it was run by studio founders The Swampers. 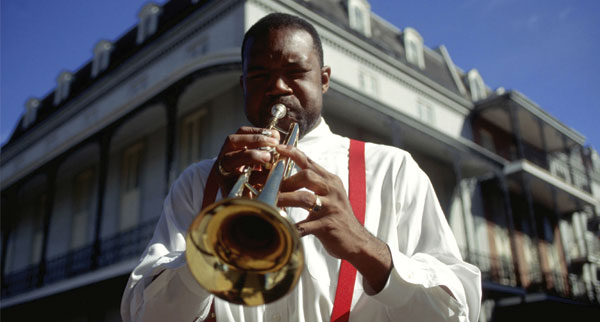 “New Orleans is the epicentre of jazz,” says Gold Medal assistant product manager Ashley Pilkington. “So no trip to the ‘Big Easy’ is complete without an evening on Frenchmen Street in Faubourg Marigny, grabbing a bite to eat, hopping from bar to bar and listening to some of the finest jazz on the planet.”

Jazz is so firmly rooted in the DNA of this Louisiana city that it gave rise to the names of the local basketball team and football club, and even sparked the creation of the New Orleans Jazz National Historical Park, an area of Louis Armstrong Park in Tremé which has a visitor centre and organises live performances most days.

Pilkington adds: “I highly recommend the Three Muses and d.b.a. bars, plus agents should suggest an evening jazz cruise onboard an authentic steamboat. The New Orleans skyline is breathtaking, the casual buffet dining is delicious and the live jazz from the renowned Dukes of Dixieland is world class.”

Book it: Gold Medal offers four nights’ room-only at the four-star Sheraton New Orleans Hotel in a Tradition room from £729, including flights and an Evening Jazz Cruise. The price is valid from November 19 to December 5.
goldmedal.co.uk 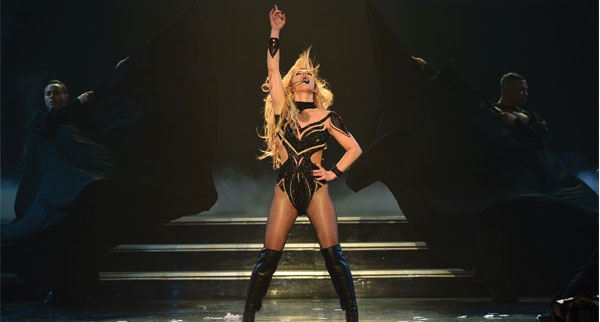 Where else in the world could you find Mariah Carey, Jennifer Lopez, Elton John, Britney Spears and Celine Dion in the same town? The stages of Las Vegas are lit up with the biggest names in the business, and with venues almost as iconic as the stars that appear on them – think the Colosseum at Caesars Palace or the Axis auditorium at Planet Hollywood – it’s a must for anyone who likes their entertainment big, bold and slightly bonkers.

The length of some stars’ residencies also turns this into a key selling point – unlike a concert that might offer only a few dates, some go on for years, so it can be enough to spur die-hard fans to make a booking.

Even if clients go for the stars, they can stay for the rest of the city’s musical melange.

Travel 2 senior product manager Ross Sinclair says: “When it comes to music, Vegas is most famous for the big-name residencies, but it’s also a great destination if your clients love dance music. I’d recommend the Disco Bus, a nightclub on wheels with a live DJ, great sound system and a well-stocked bar. For when you don’t want the party to stop, the Rehab Pool Party at the Hard Rock Hotel is a great place to spend a blazing-hot Nevada day, cooling off in the pool or chilling in a cabana with live performances from the likes of Puff Daddy and Flo Rida.”

Book it: Travel 2 offers three nights’ room-only in a Forum Classic Room at Caesars Palace, with daily breakfast credit and return flights, from £499, for departures from October 29-December 12.
travel2.com 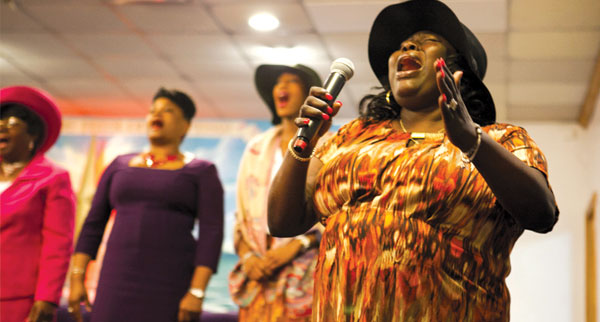 The soul-stirring sound of gospel music is deeply rooted in the traditions of the African American church, but you don’t have to be religious to find it a moving experience. Just passing by an open door as one of New York’s resident gospel choirs practises harmonies is enough to offer inspiration, so watching them in full-blown rejoicing mode is even more of a treat.

Some congregations have raised concerns over tourists treating gospel music as just another attraction, so do warn clients to be respectful – wear suitable clothing, avoid taking photos or videos during a service, and don’t just get up and leave once the music has finished. However, choose the right tour and this can be a valuable way to appreciate the power and resonance of gospel music, while getting a window into a New York neighbourhood along the way.

Most tours are centred on Harlem, often touching on the area’s history and pointing out sights associated with the likes of Malcolm X, Billie Holiday and Duke Ellington. But the historic churches of Brooklyn Heights are becoming an increasingly popular spot for gospel tours too. 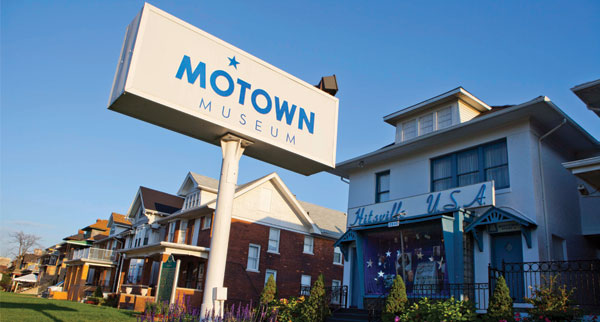 Welcome to Hitsville, USA! ‘Motor City’ not only gave birth to the name, but also to an entire genre of music made famous by the likes of Diana Ross and the Supremes, Smokey Robinson, Stevie Wonder and Marvin Gaye. Michael Jackson even paved his way to fame here, and with The Jacksons touring the UK for their 50th anniversary, and the popularity of Motown the Musical in the West End, there’s never been a better time to remind clients you can send them to where it all began.

Detroit’s Motown Museum is a must-visit even for those who don’t think of themselves as fans – you’d be surprised how many start humming Shop Around or Please Mr Postman when they take a step inside Studio A, the place where many a Motown hit was recorded.

But the museum is also a social commentary looking at how Berry Gordy – who founded the Motown movement in 1959 with nothing but an $800 loan – transformed ‘black’ music from a niche interest into the so-called ‘Sound of Young America’. 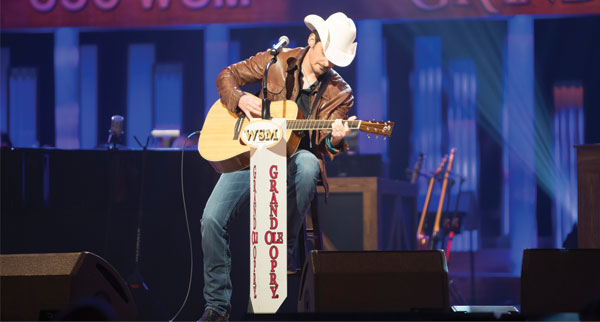 Few genres of music can be so closely identified with just one place as country music is with Nashville, home of the Grand Ole Opry, the Ryman Auditorium and
the Country Music Hall of Fame.

Carly Charteris, national sales manager at Premier Holidays, says: “My guilty pleasure is my love of country music. Its popularity has really evolved in the UK thanks to TV programmes like Nashville and films such as Country Strong, which featured Gwyneth Paltrow. The interest and demand from UK visitors is there, so agents should definitely get promoting this destination.

“A backstage tour of both the Ryman Auditorium and RCA Studio B should be high on their list, along with catching a performance at the Grand Ole Opry, or heading to a smaller, more intimate gig at the famous Bluebird Cafe.”

To continue the music theme, twin Nashville with fellow Tennessee hotspot Memphis, a three-hour drive away, to visit Sun Studios where Johnny Cash, BB King and Jerry Lee Lewis cut their records, or hop out of town to tour Elvis’s legendary home, Graceland.

Book it: Premier Holidays’ 13-night Rhythms of the South self-drive tour starts at £1,499, including stays in Nashville and Memphis. The price includes accommodation, flights and fully comprehensive car hire.  premierholidays.co.uk