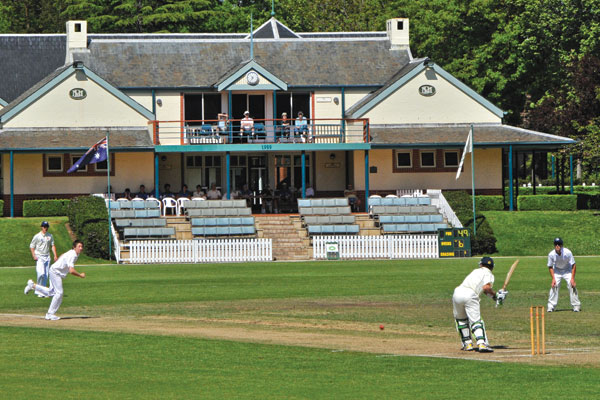 David Whitley finds himself bowled over by the journey from Sydney to Melbourne.

The cricket field at Bowral is immaculate, as befits its status. It may be a small town, but for cricket lovers, Bowral is a pilgrimage site.

This was the home of Sir Donald Bradman, the greatest batsman who ever lived, and both the Oval cricket ground here and the neighbouring museum are named in his honour.

The Bradman Museum is a place in which you can lose a cricket fan for hours. Among the predictable displays about the greats of the game are in-depth looks at the big controversies, such as the Bodyline series of 1932-33 and World Series Cricket, with often shocking video footage and insightful interviews with those involved.

But it also caters to beginners, and really rather cleverly. There’s a touchscreen simulation allowing you to play captain by moving fielders into different positions, while interactive videos demonstrate the differences between yorkers, off-cutters, googlies and so on.

Bowral is about 90 minutes’ drive from central Sydney, part of the Southern Highlands region that excels in golf courses, gardens and gentility. It also does a fantastic line in pie shops, should those going for waterfall hikes in the Morton National Park require meaty reward.

The Southern Highlands makes a logical first stop on a road trip between Sydney and Melbourne. Ordinarily, visitors fly between the two cities – it’s a 550-mile direct drive, and most of that’s down the phenomenally boring Hume Highway. Give it extra time, and divert the route somewhat, however, and it can make for a fantastic holiday packed with nature, culture and heritage. 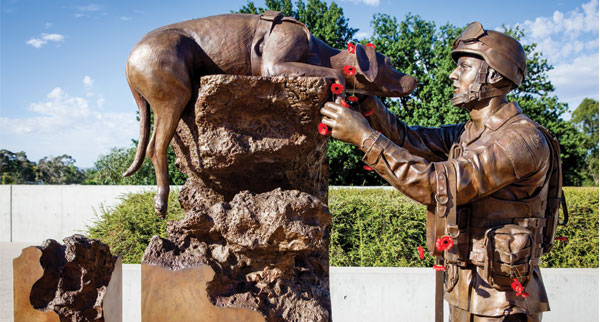 Next up is Canberra, Australia’s much-maligned capital which has had a recent influx of cool. It’s a deeply odd city of massive roundabouts, elaborate embassies and wide open space. But it has cultural heavyweights too: both the National Museum of Australia and the Australian War Memorial are thoroughly absorbing. Meanwhile, the Canberra Space Centre has an array of massive radio telescopes outside, and explores Australia’s role as the space research centre of the southern hemisphere.

Canberra is on the edge of the Snowy Mountains. And no, that name isn’t sarcastic – Australia does get snow, and also has a few ski resorts. Turn up between June and August, and you’ll likely be behind car loads of skiers heading to the slopes.

The best resort is Thredbo, which can be wonderfully quiet out of season, making it a perfect base for alpine walks. The most enticing of these is the not-exactly-arduous trek to the summit of Mount Kosciuszko, the highest peak on the Australian continent and by far the easiest of the seven continental summits to conquer.

It’s 2,228 metres high, but the Kosciuszko Express chairlift takes you most of the way up. From the top station it’s a gently lolling eight-mile round trip, mostly along metal walkways, passing some rather pretty lakes and the last hold-outs of the winter snow. On the other side of the ridge is pure wilderness. 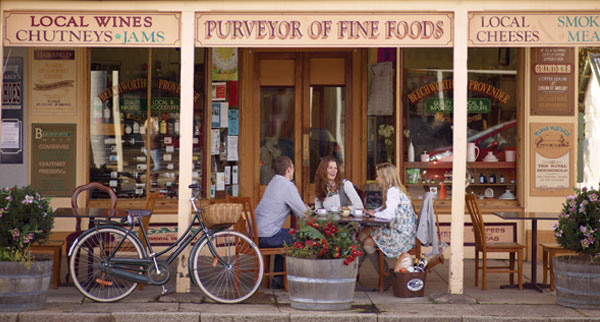 Mountain roads lead across the state border between New South Wales and Victoria, where pretty high-country towns such as Beechworth mix with up-and-coming foodie areas. Beechworth is initially notable for its well-preserved 19th-century streetscape, but it is also the hub of the Ned Kelly legend. The courthouse was where Kelly was first tried for stealing horses, and the cold, grim lock-ups at the back of the tourist information centre were where his sympathisers were held.

Walking tours leaving from the tourist information office tell Australia’s most famous tale, and present both sides of it too. Kelly’s outlaw gang may have robbed banks and killed, but the colonial authorities at the time were also notoriously unjust and heavy-handed. And there were plenty of ingredients in the mix that led to the final shoot-out at Glenrowan, where a giant statue of Kelly stands today.

Nowadays, the high country tries to get away from being just about the Kelly Gang, and the area around Milawa is a gourmet hotspot. Mustards, olives, breads and all manner of other goodies are sold there, while increasingly prestigious wineries line the King Valley to the south. Most are open for tastings – they’re strong on Italian varietals and proseccos – and several have restaurants open for fantastic gluttonous lunches. 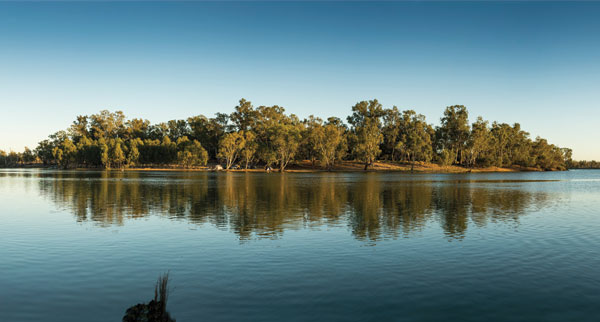 Instead of heading straight for Melbourne, there’s ample reward to be had by doglegging along the Murray River, Australia’s longest waterway. Here, the heritage vibe comes back into play in Echuca, which is historically where paddle steamers brought wool and food from along the river system in order to be taken to Melbourne by train.

The paddle steamers aren’t quite defunct – many of them have been preserved and are now used for lugubrious cruises along the river. They depart from the gigantic wooden wharf, which stretches for 75 metres over three levels, then chunter up and down the river. The scenery here is quintessentially Australian bush – tall, elegant gum trees with bare, silvery trunks reaching for a bold blue sky.

Between Echuca and Melbourne are the Goldfields – the area that turned Victoria from a colonial backwater into a self-sufficient global player. After the discovery of gold in the 1850s, the population boomed and people poured in from as far afield as China and California.

Bendigo, the largest city in the Goldfields, was also where the bulk of the gold was extracted. The modern city lies above a remarkable underground network of shafts and tunnels, and it’s possible to visit a small fraction of this from the Central Deborah Goldmine. Here, the underground tours head beneath the surface in a claustrophobic lift, then show off the seams of white quartz that were the reliable sign of bearing gold.

There are a few remnants of the sparkly stuff left – wisely covered by protective plastic – but the real treasures down below Bendigo are the insights into just what life was like for the miners. The tour takes in the carts that had to be filled with rock at a phenomenally fast rate, the deafeningly noisy drills they had to use virtually all day long, and the little cut-out break areas where they’d stop for lunch.

Visiting as a novelty is great fun. Going down there every day? Not so much.

A road trip between Sydney and Melbourne is very much suited to tailor-making, and there are some stand-out hotels that can be worked into a creative itinerary:

Lindenwarrah, Milawa: Rooms with views out over the vines, plenty of art, an excellent in-house restaurant and an unexpected but enormously welcome pool. Rooms from £116.
lancemore.com.au/lindenwarrah

The Schaller Studio, Bendigo: Part of the Art Series mini‑chain, each hotel of which showcases a single artist’s work. In this case it’s Mark Schaller. It’s colourful, bold and full of quirky design touches. Rooms from £82.
artserieshotels.com.au/schaller