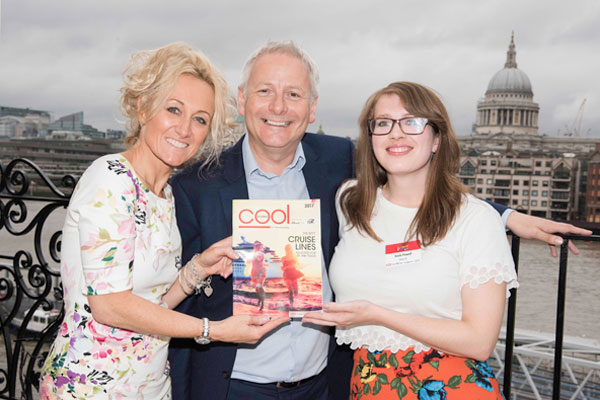 More than 1,000 agents have voted for their top cruise lines in Travel Weekly’s 2017 Cool Cruises supplement.

The winning ocean, river and expedition cruise lines of the 20 agent voted categories were honoured at the Clia UK and Ireland summer party on Wednesday evening.

Agents voted for their top ten operators in categories such as best for families, luxury and value.

Big winners on the evening included Royal Caribbean who came top in three categories, P&O and Cunard being named top in two categories respectively and Regent Seven Seas who won best for luxury for the third year in a row.

Cool Cruises also features eight consumer categories voted by the readers of The Sunday Times and The Sun, in partnership with News UK.

Lucy Huxley, editor of Travel Weekly said: “The trade is fundamental to continued growth of the cruise industry and it is those recommendations of the agents that keep those cruisers returning and those all important new to cruise customers as well and to show how much the trade love cruising we continue to poll them across a range of categories.”

Giles Hawke, deputy chair of Clia UK and Ireland said: “One of the great things about Clia is that we are much stronger working together and bringing everyone together at events like this – ultimately this makes us stronger in promoting cruise.”