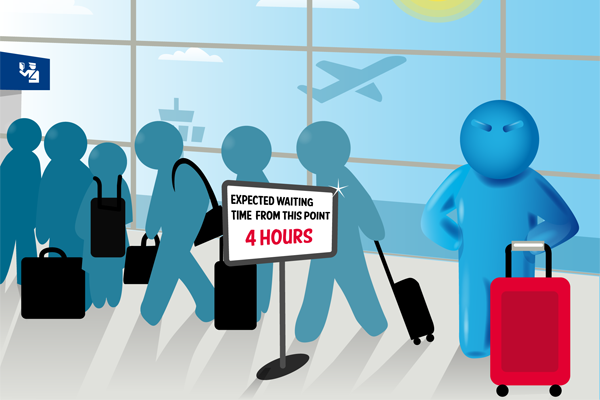 Europe’s leading airlines warn of “huge delays” for passengers during the peak summer period due to “understaffed” border controls at airports.

The group blames a recent tightening of EU regulation on external border checks.

It reports thousands of flights have already been delayed “because EU border controls are significantly understaffed”, with some passengers missing flights as a consequence.

A4E managing director Thomas Reynaert said: “Air travellers have become victims of the disproportionate impact the implementation of a new EU Regulation is having on the flow of traffic at European airports.”

The regulation relates to checks against databases at borders.

Reynaert said: “EU member states need to take all necessary measures to prevent such disruption and deploy appropriate staff and resources to carry out the checks.”

He warned: “Travellers face long lines and can’t get on flights.”

“At some airports, flight delays have increased 300% compared to last year.”

The tightened regulation on border checks has yet to be fully implemented across the EU, with A4E warning of “even more disruption during the next weeks”.

The regulation, (EU) 2017/458, was introduced in March. All states must comply with the new regime on border controls by October 7.

Warning of flight delays in Italy due to airport workers’ strike