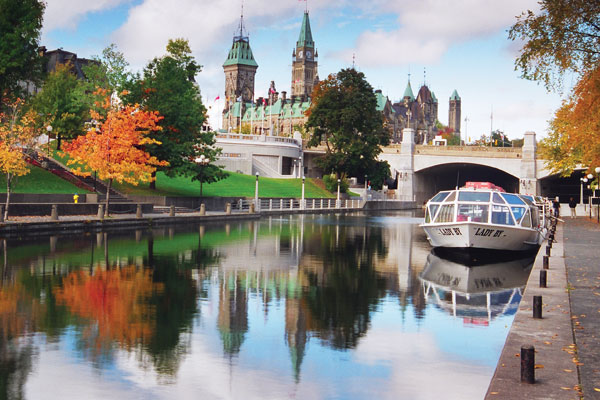 When I found out I’d won a trip to eastern Canada with Luxury Gold after attending an Insight Vacations roadshow, I was delighted. I’d been to Nova Scotia, Prince Edward Island and Niagara Falls before and really liked the region, so I was keen to see its cities: Toronto, Ottawa, Québec City and Montréal.

My previous trip was focused on landscapes and experiences – wine tasting, kayaking and so on – so it was interesting seeing this side, especially given all the city celebrations for Canada’s 150th anniversary.

Visiting Niagara-on-the-Lake and taking a Hornblower cruise up to the falls was amazing, and guests can also opt to do a helicopter flight over the top. But I was most surprised by Ottawa, which was our second stop on the tour. Despite the fact it’s the capital of Canada, it still feels relaxed. There’s a lot to do – from visiting museums to walking, cycling and other activities – and it’s compact, so it can easily be explored on foot. Wandering around the parliament buildings was lovely, and we did a city tour that took us past the old paper mill, the historic Rideau Hall – official residence of every governor general since 1867 – and the Canadian War Museum, which was very interesting.

Québec City also impressed me. I’d always wanted to go there and it’s exactly how I’d imagined it: a quaint town with cobbled streets, lined with French restaurants where everyone sits eating outside. There’s a historic street that’s been revived with rows of cute little jewellery and craft shops selling hand-made gifts, as well as a delicious fudge shop. The whole city has a European feel and it’s a pleasant place to stroll around. 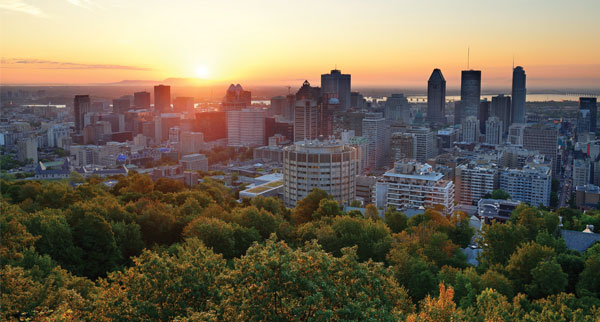 Eastern Canada excels on the food front. We enjoyed a big buffet breakfast every morning, as well as a few included dinners. Among the most memorable was Le Moulin de Saint Laurent, in Québec, a converted windmill overlooking a waterfall, where I enjoyed a delicious moose stew. After our meal, we all danced along to a violin folk band.

Also on the itinerary was a stop at Gibbys in Montréal, which serves typical Canadian dishes in a 200-year-old building. Elsewhere, I tried other regional specialities such as poutine – French fries with a rich, gravy-like sauce and melted cheese that’s especially popular in Québec.

In terms of the tour itself, I was really impressed, and the accommodation was outstanding. I’d recommend the Omni King Edward in Toronto to clients. We stayed at Fairmont hotels in Ottawa and Québec City, which were beautiful – the latter, perched above the old town, is one of the most photographed in the world, and for good reason. Our stay at Hotel Bonaventure Montréal was really special. Built on the top two floors of a 17-storey building, it has a natural feel – all wood and stone – and a rooftop garden (with ducks!).

“One of the things I liked most was the fact that you could switch off, knowing it’s all being organised.”

There were also some nice touches when we arrived at each hotel too: at the Fairmont Chateau Laurier in Ottawa, we met a retired Mountie. It’s a unique part of the tour and we learned about the history of the mounted police force and how it’s evolved over the years. It was a standout moment.

At the Fairmont Le Chateau Frontenac in Québec City, we had a tour by guides dressed in traditional costume, which gave us a fascinating insight into the hotel’s heritage. 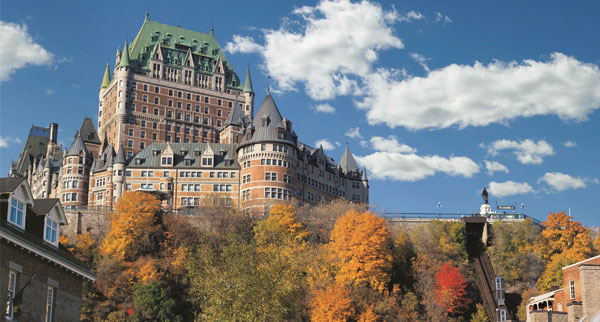 The transport was excellent. The coach had loads of leg-room, free Wi-Fi and charging sockets. We switched seats each day, so we got to know everyone. We also had a welcome meal on the first day, which gave us a chance to speak to everyone in the group. There were Australians, South Africans, Kiwis and other nationalities, and we all gelled.

One of the things I liked most about doing an escorted tour was the fact you could just switch off, knowing it’s all being organised and you’re seeing the highlights. We saw a lot in a week and got plenty of information on the area thanks to our guide, so you learn more than you would if you were travelling on your own – that’s a great selling point.

But the best thing about this region is that it lends itself to different types of holidays. It can be explored by car, rail or coach tour, so you can tailor it to pretty much anyone – whether it’s a couple looking for history and museums, or a family seeking adventure and the great outdoors.

Canada is such a friendly country and the people there are so welcoming. I’d love to go back again – there’s still so much to see.

Luxury Gold by Insight Vacations’ eight-day Indulgence in Eastern Canada itinerary starts at £2,270, with departures until late September 2017, and resuming in early 2018.
luxurygoldvacations.com/uk