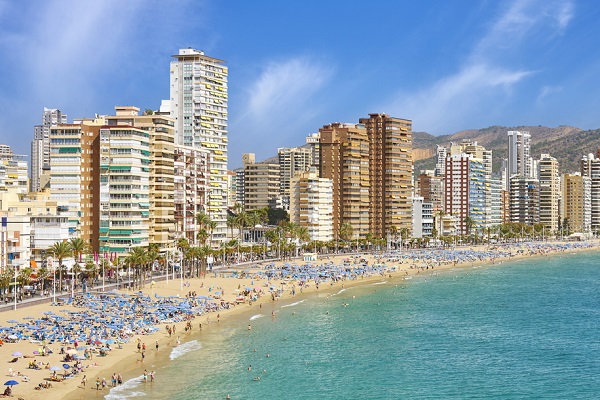 Britons have “turned their backs” on traditional two-week holidays in favour of short breaks and weeks away, according to new ONS data.

The Office for National Statistics analysed UK foreign holiday numbers in 1996 against last year to find the biggest differences between now and 20 years ago.

Its report found that British people are going on more holidays, but spending less time away on each trip.

There was a 68% rise in the number of foreign holidays UK residents go on, the ONS found. Last year, 45 million holidays abroad were taken by Brits, compared to 27 million in 1996. The UK’s population increased 12% in the same period.

Numbers peaked in 2008, ahead of the economic crash, when 45.5 million overseas holidays were taken and despite dipping to 36.2 million in 2012 have gradually risen again to just over 45 million last year.

The ONS put the increase in the number of shorter breaks down to the rise of budget airlines, such as easyJet and Ryanair.

There has been a rise in the number of week-long and ten-day breaks since 1996 but the number of one-day trips abroad has come down markedly. This has been attributed to the end of the “booze cruise” tradition of UK residents crossing the Channel for cheap alcohol and cigarettes. The ONS pointed out that duty-free sales within the EU ended in 1999, France has been increasing the price of cigarettes since 2000 and the pound has fallen against the Euro in recent years.

In terms of the top destinations, not a great deal has changed according to the ONS. Spain remains the number one holiday hotspot, with the number of UK holiday visits to the country up more than 87% from 6.9 million to 12.9 million.

The number of visits to France – the second most popular destination – were down from 6.1 million to 5.6 million (again attributed to the fall in the ‘booze cruise tradition).

Visits to both Italy and Portugal have more than doubled, to 2.8 million and 2.3 million respectively.

Holidays to the USA grew from 1.99 million to 2.28 million and Greece has seen the number of visits from UK residents rise from 1.34 million to 2.22 million.

Besides France, the countries with the biggest fall in UK tourism were those affected by terror attacks.

An ONS spokesperson said: “In the last 20 years, UK tourists have turned their backs on traditional two-week holidays in favour of short breaks and week-long trips. And one-day ‘booze cruises’ across the Channel to stock up on alcohol and cigarettes are much less common than they used to be.

“Going abroad on holiday in the 1990s was very different. Hardly anyone had access to the internet, so you probably booked your trip by going to a travel agent or finding a cheap package deal on Teletext. Once you arrived at your destination, clutching your guide book, film camera and travellers cheques, you were pretty incommunicado, unless you found a phone box or an internet cafe.”