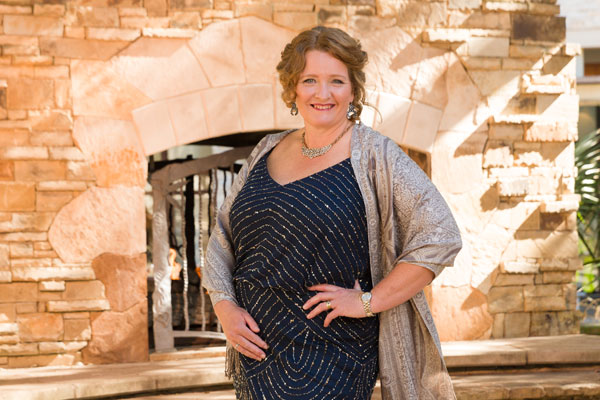 Cruise specialist and keen golfer Donna Hunt, of The Co-operative Personal Travel Advisors, got into the swing of Texas and came away with a glamorous evening dress.

Q: You flew to Dallas/Fort Worth in business class. How was that?
A: Both British Airways and American Airlines were exceptional. I preferred the layout of AA as we were sat straight, in line with the aircraft. On BA you were at an angle, so I felt a little in the way. But I had a lot of rest each way. I’d definitely recommend it if my customers were celebrating something or in a position where they could upgrade. It’s superb.

Q: And it was all action from there on?
A: Yes. The first day was pretty crazy, a whistle-stop tour – we were up for about 36 hours. Texas is huge so we did a lot of jumping from city to city. On arrival we went to the rodeo, which is a must if you go to Texas. It was extraordinary. I did expect it to be typically American, but it’s just like you see in films and on TV. We checked in to the Sheraton in Fort Worth, which was really good, and then went to Billy Bob’s – The World’s Largest Honky Tonk, where we saw Willie Nelson. It was a crazy atmosphere, everyone was leg tapping and bobbing around. I’m not particularly interested in country music, but if you’re in Texas you should do as the Texans do. And I got into it – it was really fun.

Q: You also went to Austin. What is it like?
A: Austin is phenomenal. It’s very different, which shows the variety of Texas. From the city centre we went out into the hills, where we saw the most amazing scenery. It only took 15 minutes to get there, which surprised me. From the top of the hills you could see the city’s skyline and the beautiful homes that some of the residents live in. Texas is such a diverse state, which becomes very clear when you go to Austin. It’s a good selling point because there is something that will suit everyone.

Q: Shopping was a big part of the trip. How were the Simon malls?
A: I had a couple of hours mooching around on my own before the personal shopper called me. They took me straight into one store that I didn’t like the look of, but they quickly realised so we moved on to another that had really nice dresses. I sell a lot of cruise and go to industry events, so I wanted some evening wear. I was really happy with the outfit in the end, a full-length blue dress with gold beading all over it. The shopper listened to what I wanted and I was pleased with the outcome.

Q: Did you pick up anything else?
A: I’m a keen golfer, so I picked up some things that are harder to get hold of in the UK, such as skorts, a combination of a skirt and shorts. Golf clothing in the US is very good quality. You can either get it cheaper than in the UK or buy a better product for the same price. I also bought my husband some polo shirts and trousers and picked up some Converse pumps for the kids.

Q: And it was all for your Cover Stars photoshoot. How did it feel to be the centre of attention?
A: My shoot was in the middle of a shopping outlet – a different one to where I had bought the dress. The malls themselves are like towns, landscaped really nicely and you can tell a lot of thought has gone into them. We did the shoot just after lunch, so it was very busy. There were people looking round and asking what was going on. It was completely different to anything I’ve ever done before, but it was great. The photographer was fantastic, he kept me calm and got the best out of me.

Cruise specialist Donna is ready to sail off into a Caribbean sunset with this glittering gown from Grand Prairie Premium Outlets, a Simon Shopping Destinations property in the greater Dallas/Fort Worth area. Donna’s photoshoot was at Simon property The Domain, in Texan capital Austin.

Her beautiful up-do was created by Jeris from The Salon at The Domain and make up was by Alison at Origins, The Domain.

“We sell a lot of America, but not much Texas, so it was really interesting to find out more about the state as I had never been before. The hotels are excellent and the people really friendly. I loved Fort Worth from our highlights and I’d like to go back. It’s not a destination customers would come in asking for, but now that I’ve been I’ll recommend it to people who want something authentic. It’s one of the biggest states in America, so there’s a lot to see and I was surprised at how diverse it was. It’s the perfect place for a self-drive itinerary because the roads are very good, and if you drove you could take things at your own pace. I would definitely say it’s worth seeing all the different cities. I’m also hoping to go back to Texas and get on one of the golf courses.”