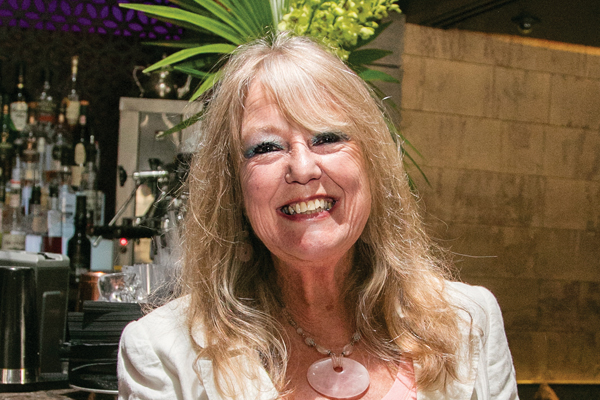 Maureen Hill made us all laugh.

Whether it was a quick browse of her column during a lunch break or a read before lights out, her quirky tales about life of the high street travel agent entertained Travel Weekly readers for almost 20 years.

Indeed, her column, from 1992 to 2011, and was initially called ‘Seven Days’ and later simply ‘Maureen’, was one of the first pages readers turned to – or so you often told us in readership surveys.

In real life too, once met, Maureen was a person never forgotten.

She may not quite have realised it but at her prime she was quite the trade “celebrity”, touching many through her words as well as in person on educationals and at industry functions.

Maureen’s death on July 27, 2017, came as a shock to the industry. She had been keen no one should know she was ill and even colleagues at Spear Travel’s branch in Sturminster Newton, Dorset, were not aware she had been diagnosed with cancer three months earlier.

In true Maureen style, she battled on with a smile on her face and bagged a big booking just 20 minutes before she had a stroke, from which she never recovered. She also kept her age a secret. She was, in fact, 74.

Few may know about Maureen’s life pre-travel. Up to the age of 30, she worked in the music industry.

Born in East London in July 1942 and educated at the Central Foundation Girls’ Grammar School, she spent most of her career in Essex.

She started working life with a record company, promoting artists and groups in the ‘Swinging Sixties’. After marrying Brian, whom she met at the age of 16, in 1962, and having daughter Sam and son Chris, she juggled the demands of motherhood with part-time jobs.

Her talent and enjoyment of writing was put to good use as a columnist for fish-food company and publication Bird’s Eye News and as a theatre critic for the East London Advertiser. 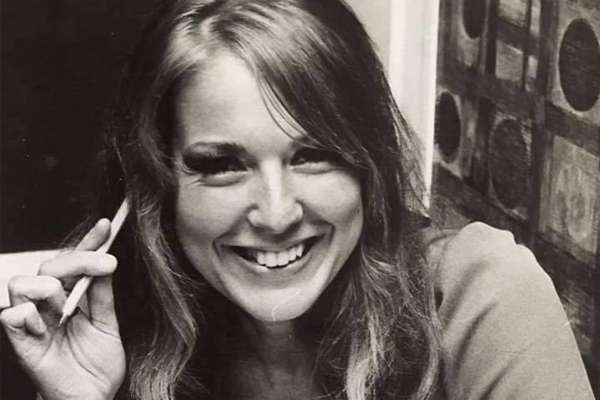 It was as a result of working as a sales assistant in a record shop in Romford that Maureen got her chance to move into travel.

Her skills as a saleswoman were spotted by a customer, Ray Palmer, who offered her a job in his new agency , Exchange Travel. She leapt at the chance.

Her daughter Sam remembers as a child helping out at her mum’s agencies after school.

She says: “Mum inspired trust and grew a loyal and devoted clientele which followed her from agency to agency. Growing up it was not uncommon to find total strangers in our house that she’d met in her shop. We have lots of family frends who started out with a travel-related sob story in mum’s shop!”

She recalls how her mum would say she did not work for the company but “for the client”, and never took life seriously, always turning incidents into “entertaining stories”.

Maureen’s gift for storytelling led her to a regular slot in Travel Weekly. Sam says: “Having grown frustrated at the apparent ease with which the industry owners and directors made their loot, she sought to provide an insight into the business of selling holidays and to create a greater sense of community for the coalface workers. These days that might more happen in online forums, but there was no other platform at that time to unite colleagues across the industry.” 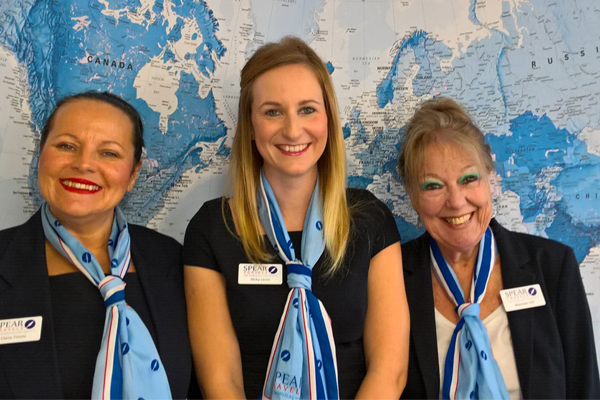 She added: “Mum was never afraid to speak her mind. Upset her and you’d know about it, but, win her friendship and you’d have it for ever.”

Maureen’s family was everything to her. Every year she organised and paid for a family holiday and she and Brian moved from Essex to the West Country to be nearer their grandchildren.

Spear Travels branch manager Nicky Lewis recalled: “Maureen doted on her grandchildren and was so proud of all of them.

“She loved our industry and she was ever the professional but weekends were devoted to Brian and her family; she loved to cook, and of course, have a few glasses of fizz.”

More than 150 people in the industry have paid their own, individual tributes to Maureen on social media, many having enjoyed her company at industry events and describing her as a ‘legend’, ‘like royalty’ and ‘champion of the retail high street travel agent’.

Susan Friell, travel specialist for tour operator The Turquoise Holiday Company, who met Maureen at a launch party at the Groucho Club in Soho in 1999, remembers the laughs they had together. She says: “She was great fun and whenever she got herself another glass of Champagne, she got one for me too!”

It’s time to lift a glass to our friend Maureen. Cheers for the memories.